Gov. Gretchen Whitmer’s decision to ban events drawing more than 250 people to stem the spread of the coronavirus has forced the closures, though smaller bars still plan to celebrate St. Patrick’s Day. 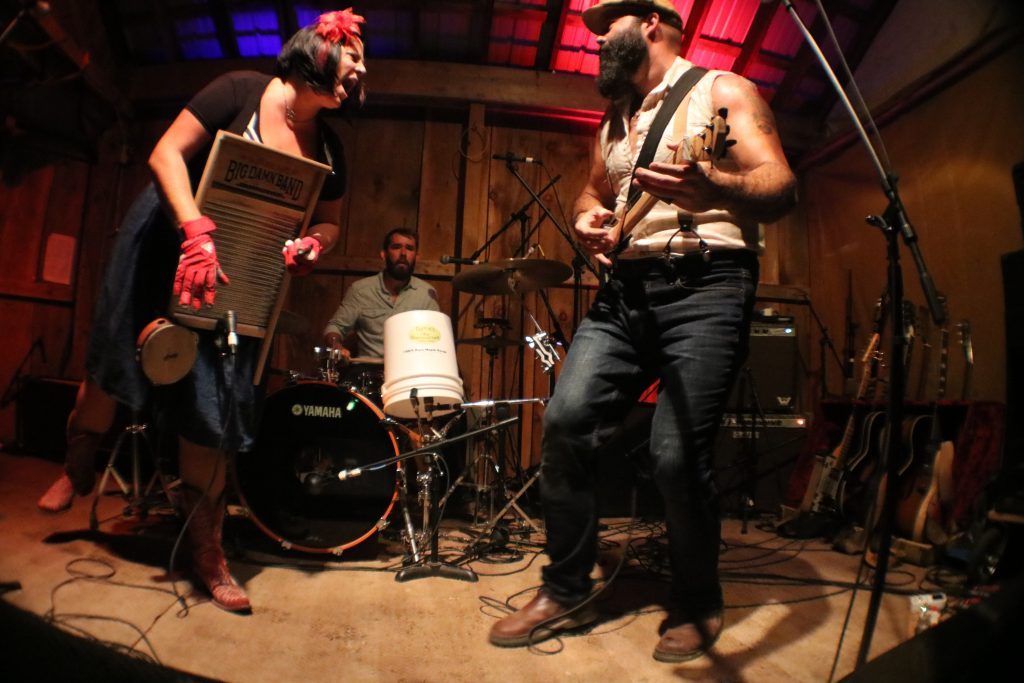 Call it the live music apocalypse.

With artists already canceling national tours amid the coronavirus COVID-19 pandemic, Gov. Gretchen Whitmer’s three-week ban today on concerts or gatherings of 250 or more people has shut down many venues and dealt a potentially crippling blow to musicians and the places they perform.

The Intersection and Founders Brewing announced they will be closing until April 5, when the ban on large gatherings is currently expected be lifted.

Although it will remain open, Bell’s Brewery Eccentric Café in Kalamazoo has canceled all public and private events and concerts drawing more than 100 people through the end of April. The cancellations currently affect 15 upcoming shows.

Overall, countless scheduled concerts – many of them featuring Michigan bands – have been canceled for the next several weeks. And major acts such as Pearl Jam, Rage Against the Machine, Michael Buble, Thom Yorke, Celine Dion and others have postponed March and April tour dates.

MORE THAN TWO DOZEN CONCERTS AT FOUNDERS AND INTERSECTION ARE AFFECTED

Scott Hammontree, partner and talent buyer for The Intersection, said the multi-venue nightclub would be closed to the public until April 5, though the venue would try to offer staff “whatever hours we can” for cleaning, maintenance and training activities.

So far, that means 19 shows will be postponed or canceled but there could be more.

“My personal guess is this extends through at least May,” Hammontree said of the coronavirus crisis. “What I am hearing from (artist) agents is not encouraging.”

He said the tour cancellations and venue shutdowns are devastating “for everyone really. Acts, managers, touring personnel. Hourly workers will have it the toughest.” 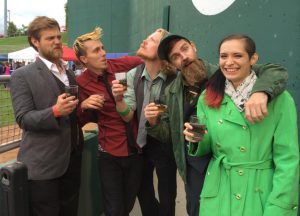 Stone Clover: The band was to play Founders Brewing tonight, but now the taproom will be closed. (Courtesy Photo)

In a formal announcement on Friday afternoon, Founders said it also made the decision to close its Grand Rapids and Detroit taprooms at 5 p.m. today (March 13) “with our employees’ and community’s health in mind.” That affects at least 10 scheduled concerts.

Brewing operations will continue while the taprooms are closed to the public and employees will be paid during the closure, Founders said.

“We apologize for any inconvenience and hope to see you for a beer once this has passed,” the statement concluded.

Although 20 Monroe Live hasn’t responded to press inquiries about future shows, its website noted that upcoming March appearances by Dermot Kennedy, Kathleen Madigan and the Chippendales have been postponed. Other shows are expected to follow suit.

After a packed show by Lauren Daigle on Thursday night, Van Andel Arena has canceled or postponed all remaining events through early April, including a Michael Buble concert and a Monster Jam Triple Threat Series event.

The Pyramid Scheme in Grand Rapids told Facebook followers that “all events are scheduled to take place unless an artist cancels.” Those artist cancellations include Combo Chimbita on Saturday night and Dustbowl Revival on March 19.

The same goes for Tip Top Deluxe Bar & Grill, which noted most shows would continue except for tour cancellations. Saturday night’s show with Chirp and Blue Oddity was canceled, and will be replaced by Myron Elkins & The Dying Breed, Luke Lenhart Band and Lisa Mackie.

Of course, St. Patrick’s Day parades have been canceled across the region along with Saturday’s big Irish on Ionia street party, but places such as Quinn & Tuite’s Irish Pub in Grand Rapids, The Curragh Irish Pub in Holland, and New Holland Brewing in Grand Rapids and Holland, as well as many others across the area, will remain open for live music and celebrations this weekend.

Even April’s usual Record Store Day activities and promotions – featuring special album releases and performances – have been pushed back to June 20 due to the concerns about the coronavirus pandemic.

Listening Room – with a capacity of 200 – had intended to remain open for shows, but numerous national acts have now canceled their tours with stops at the venue, including Trout Steak Revival which had been slated to play Saturday and Sunday. Local Spins’ Michigan Mondays show starring Escaping Pavement takes place at 7:30 p.m. Monday.

The Seven Steps Up listening room in Spring Lake, which has postponed this week’s concerts by Ken Yates and Leigh Nash, still has a full slate of upcoming shows.

Both weekend shows at Old Dog Tavern in Kalamazoo — Rootstand and The Heck with Branden Mann — have been postponed.