The endearing Grand Rapids garage-rock band’s latest release raced to the top of the January chart, which featured an all new set of regional albums. See the full chart and listen to the music. 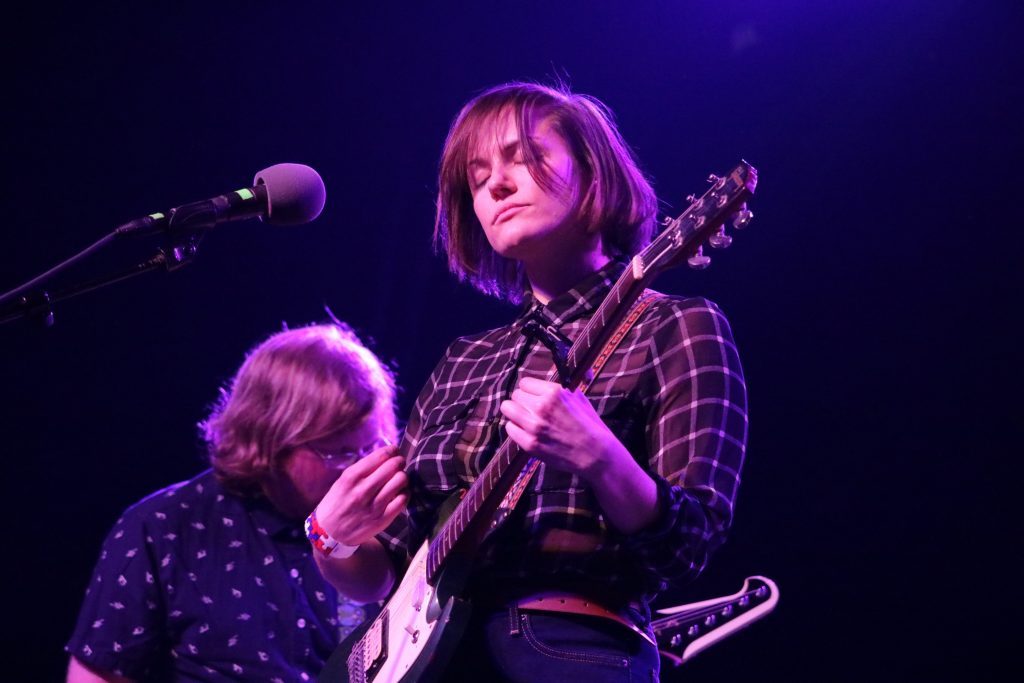 SCROLL DOWN TO LISTEN TO HOT TOP 5 TRACKS ON SPOTIFY

Before the pandemic that put the brakes on music as we know it, members of Grand Rapids’ Hollywood Makeout gathered at the all-analog Goon Lagoon to lay down tracks for the follow-up to their successful, award-winning 2017 EP, “Speedo Spider.”

“They’re a blast to work with in the studio,” Schichtel recalls of the 2019 recording sessions. “Really great people and not afraid to push the boundaries in the studio – always up for ideas and trying new things.” 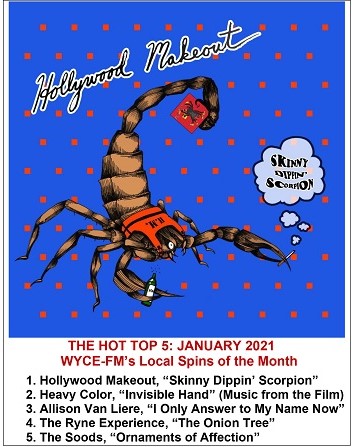 Although the COVID crisis delayed release of the album until New Year’s Day 2021, the recording quickly caught the attention of fans and programmers at WYCE (88.1 FM) and “shot straight to No. 1” among regional releases, said Shane German, the station’s music and production manager.

As a result, “Skinny Dippin’ Scorpion” ended January as the No. 1 album on the Local Spins Hot Top 5 Chart, ahead of Heavy Color’s “Music for the Film ‘Invisible Hand’,” when it comes to the local and regional recordings receiving the most radio airplay for the month at WYCE.

“We’re incredibly lucky to have the fans that we do,” said Lenau.

“They’re extremely loyal and encouraging. We loved making ‘Skinny Dippin’ Scorpion’ with Tommy at Goon Lagoon. It’s always a treat to see how he reacts to the music as well as the fans.”

Interestingly, the January chart represented a complete overhaul when it comes to albums and artists: None of the recordings on the December Hot Top 5 appear on the January roster.

Holland-area singer-songwriter Allison Van Liere’s solo debut album, “I Only Answer to My Name Now” made the Hot Top 5 for the first time (at No. 3), with The Ryne Experience’s latest, “The Onion Tree,” at No. 4 and The Soods’ “Ornaments of Affection” at No. 5.

Listen to tracks from all of the albums below. And check out previous Local Spins Hot Top 5 Charts here.