Local Spins continues its series of Halloween guest playlists with Dick Chicklet’s gruesomely groovy Top 10, from Black Sabbath and The Troggs to The Surfmen, Thurl Ravenscroft and Link Wray. 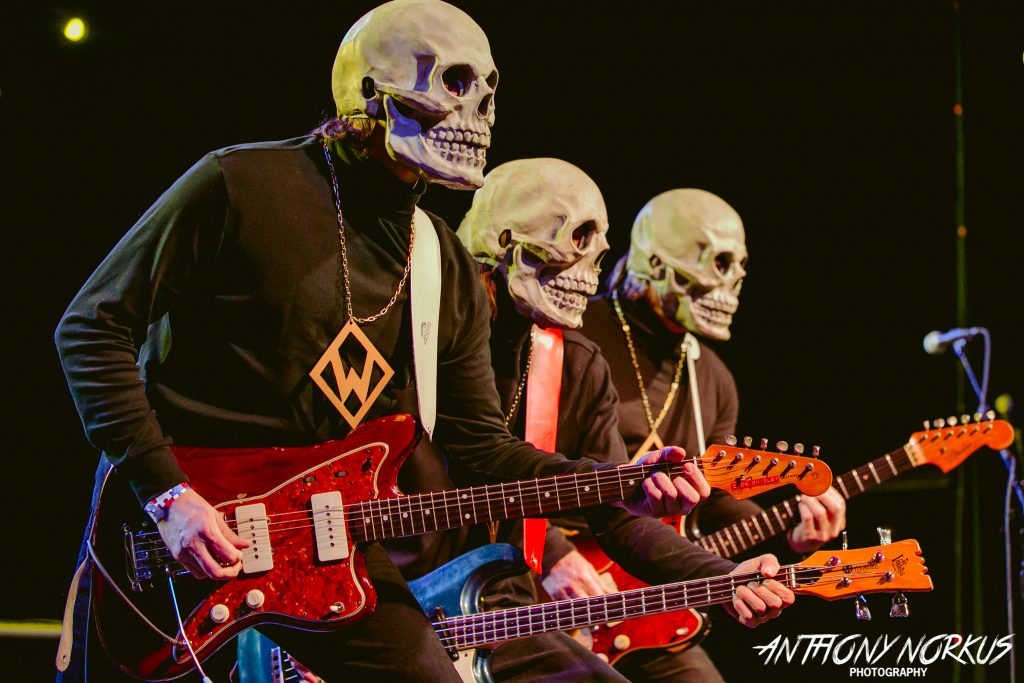 Skeletons Out of the Closet: Tommy Schichtel and The Concussions recently played Freakfest in Howell to kick off the Halloween season. (Photo/Anthony Norkus) 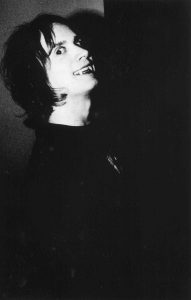 EDITOR’S NOTE: As we careen full tilt toward Halloween and the zombie apocalypse, Local Spins asked a few local musicians with a proclivity for horror and masked mayhem to dig deep for unusual soundtracks for the creepy holiday. Delilah DeWylde and Murder Party’s Rob Bruce already did their eerie part, and you can check out their Top 10 playlist of gruesome gems online here.

Schichtel, aka Dick Chiclet, records and produces bands at his all-analog Goon Lagoon studio in Grand Rapids. He also plays guitar with The Concussions, The FuzzRites, B-Sides and in Tobin Sprout’s Band. And, he quips, “Once in a while, he kisses his beautiful wife.” Schichtel also revels in retro, garage-hued musical marvels, especially those with sinister overtones (and fetching guitar tones) as you can see from his roster of haunting Halloween tracks.

2. “Ghost Hop,” The Surfmen (1961) – One of my favorite guitar tones ever recorded. Flatwounds baby!

3. “The Headless Horseman,” Thurl Ravenscroft (1965) – You might recognize this voice from Walt Disney. He is the one that sings “Grim Grinning Ghosts” as you ride through the cemetery inside the Haunted Mansion. Also known as the booming voice behind Tony the Tiger’s “They’re grrreat!” in Kellogg’s Frosted Flakes TV commercials and sang, “You’re a Mean One Mr. Grinch” for the Christmas classic, “How the Grinch Stole Christmas”.

4. “Disturbing the Priest,” Black Sabbath (1983) – Speaking of voices … one of my all-time favorite singers from my favorite Black Sabbath album. Most Sabbath fans never warmed up to this record but those who do rave it’s one of their best. Ian Gillan torched his voice (as the story goes) whilst recording this album, but man, listen to those screams!

7. “Werewolf from Outer Space,” The Neanderthals (1998) – Eddie Angel and Johnny Rabb were on while recording this record at the fabled Toe-Rag Studios. One of the best garage records ever recorded.

8. “Experiment in Terror,” Henry Mancini (1962) – Mancini, Morricone and Barry = Father, Son and the Holy Ghost. (This is the title track from the 1962 suspense thriller.)

10. “Rumble,” Link Wray (1958) – If it gives Jimmy Page the chills, you know it’s scary. Scary good. That tremolo is courtesy of an old Premier Amp. This was the only instrumental to have been banned on U.S. radio stations for sounding too menacing.

Note: The Surfmen and Thurl Ravenscroft tracks aren’t available on Spotify; the version of “Mad Monster Party” that appears here was recorded by the Halloween Jazz Band.