Local Spins’ February chart based on WYCE airplay features repeat entries by three strong releases from Greensky Bluegrass, Kanola Band and Normal Mode. Listen to tracks from all of the charted albums. 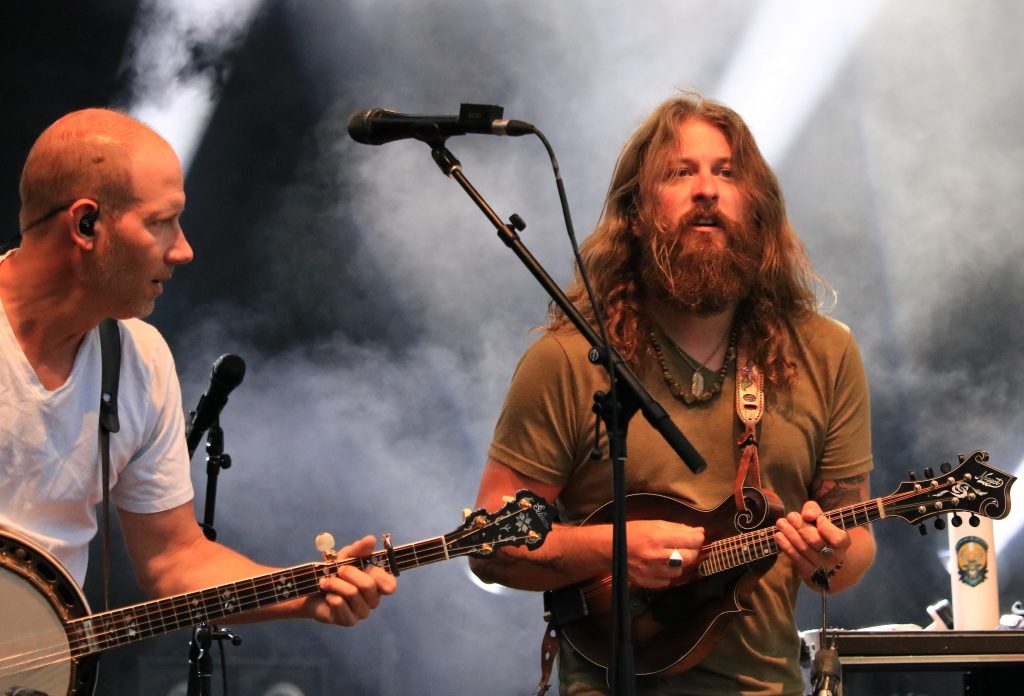 SCROLL DOWN TO LISTEN TO TRACKS FROM THE CHARTED ALBUMS

National media outlets have hailed it as “triumphant,” “insightful” and “exploratory,” with “virtuoso musical riffs searing between lyric stanzas.”

So while Greensky Bluegrass’ new album may be titled, “Stress Dreams,” the Kalamazoo-based progressive bluegrass outfit has nothing to be stressed about when it comes to the warm reception the collection has received since being released in January.

That extends to the reception from home state fans and radio listeners: For the second month in a row, “Stress Dreams” held on to the No. 1 spot on the Local Spins Hot Top 5 Chart signifying the local or regional album earning the most radio airplay at Grand Rapids’ WYCE (88.1 FM). Co-produced by Dominic John Davis and Glenn Brown, and released on their own Big Blue Zoo Records label and distributed by Thirty Tigers, tracks on the album have racked up more than 1.5 million plays on Spotify, led by “Monument” and “Grow Together.”

Greensky Bluegrass continues touring the United States in mid-March and will host its own Camp Greensky Music Festival at Shagbark Farm in southern Kent County June 2-4. The band has other high-profile summer shows on tap, playing Colorado’s Telluride Bluegrass Festival in June and Red Rocks Amphitheatre in September.

As for the Hot Top 5, three albums repeated their chart success for February, with Kalamazoo’s Kanola Band joining Greensky Bluegrass at the top of the chart with “Kanola” at No. 2 for the second month in a row and Grand Rapids’ Normal Mode with “DOWNLINK” at No. 4. (Kanola Band and Normal Mode have been on the Hot Top 5 chart three straight months.)

Meanwhile, Grand Rapids synth-pop duo Cal in Red makes its Hot Top 5 chart debut at No. 3 with its new release, “Cellular,” while Grand Rapids vintage country’s The Bootstrap Boys re-enter the chart at No. 5 with their latest recording, “New Beginnings” (after the EP entered the chart at No. 2 in December).

Listen to tracks from all of the charted albums below, and check out previous Hot Top 5 Charts here.