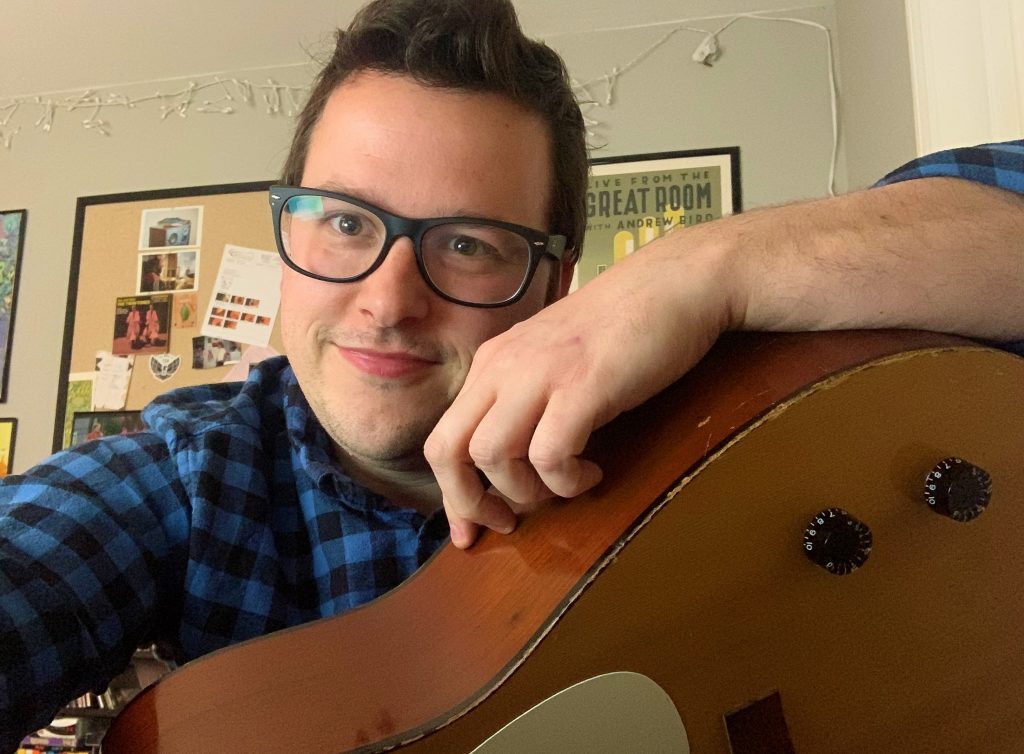 Bill Chesney didn’t necessarily have a theme in mind for his sophomore album under the moniker Stepladders.

But while “Another Chance” delves lyrically into varied subjects ranging from relationships to political commentary, musically the 10-track album recorded in February at Grand Rapids’ Centennial Sound takes a step toward rock ‘n’ roll moxie.

“Album one (2016’s “Stepladders”) was a little more folk. Album two is a little more rock, a little more punk,” Chesney said. “I think it’s still got that ’90s vibe that sweats out of my pores no matter what.”

That ’90s vibe – melded with a singer-songwriter flair – distinguishes Stepladders’ approach, which also leans on some familiar names in West Michigan’s music scene to create its engaging songs, aka “friends who happen to be musicians,” as Chesney put it. 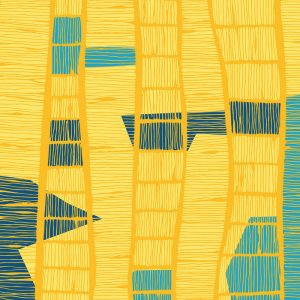 Three members of The Crane Wives – Ben Zito, Dan Rickabus and Emilee Petersmark – and guitarist Steve Leaf (Public Access) joined Chesney at Zito’s Centennial Sound for a weekend in February to lay down tracks for the album.

“It’s nice to be joined by all these people who are way better than me, to bounce ideas off. That’s what playing music collaboratively is all about,” said Chesney, who grew up listening to ’90s bands such as Smashing Pumpkins, Third Eye Blind and Matchbox Twenty.

Due to the stay-at-home environment, Chesney rolled out solo renditions of two songs from the new album – “Dive Team Sitters 2” and “Well Read” – for this week’s edition of Local Spins on WYCE. Watch a video of him performing … at home for the show; scroll down to listen to the entire radio broadcast.

Although the pandemic situation definitely altered Chesney’s plans for promoting the new Stepladders album this spring, he conceded that he wasn’t planning to perform an official CD-release show for the project until September’s Earthwork Harvest Gather outside Lake City anyway.

He will play a solo set as part of the Friday night (April 17) “Stay in Your House” live-stream show hosted by Petersmark on Facebook. Tonight’s online session begins at 5:30 p.m. with Nicholas James Thomasma, followed by Chesney at 6 p.m., Ben Traverse at 6:30 p.m., Zoe Ravenwood at 7 p.m. and Rachel White from Lighting Matches at 7:30 p.m. Find the live-stream online here. 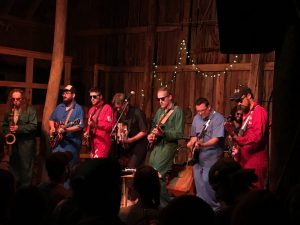 On Stage With Public Access: The band made a splash at Earthwork Harvest Gathering last fall. (Photo/Local Spins)

He called the effect “pretty intense,” partly because much of the printing that he does is related to event promotion and so much of that has evaporated.

That’s left him concentrating on guitar-playing and other musical adventures, including continued work as a member of Leaf’s instrumental, guitar-based rock project Public Access, which recorded and released a new single over the past few weeks.

That single, “Stay Home,” was Chesney’s musician’s pick for this week’s Local Spins on WYCE (11 a.m. Friday on WYCE 88.1 FM), which also debuted new songs by Stormo, Bedroom Ceilings, Strawberry Heritage (which hosts a live-stream album-release show on Saturday night via Facebook), Dale Wicks and Landsailors, as well as music from Blushing Monk, Hey Marco! and The War and Treaty. Listen to the full radio show podcast here.