The Robin Connell Trio will accompany a rotating who’s who lineup of West Michigan jazz stars – from Kathy Lamar to Mary Rademacher – on Wednesday nights inside the historic Division Avenue landmark. 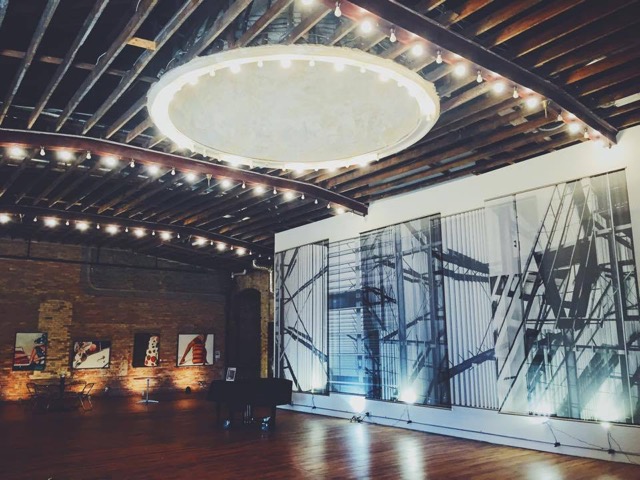 Majestic and Historic: The upstairs ballroom inside the Harris Building on S. Division Avenue.

The way jazz pianist Robin Connell sees it, the new jazz series being launched in the renovated Harris Building south of downtown Grand Rapids will be unlike “anything else going on in West Michigan.” 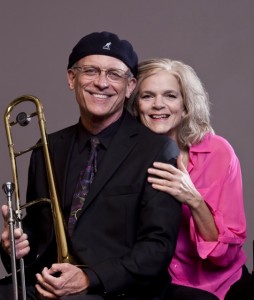 A Vision for a New Jazz Series: Robin Connell with Paul Brewer.

Starting Jan. 6, a rotation of “top-level instrumental jazz” musicians and singers backed by the Robin Connell Trio will perform in an acoustic setting every Wednesday night in the building’s historic, stately ballroom with a Steinway baby grand piano as its centerpiece.

“This is the only venue in town with a piano that is presenting jazz in a combo format,” Connell said of the series she’s envisioned for several years. “We are calling these performances shows or concerts, because there isn’t a restaurant or full-fledged bar. But limited bar service will be available, seating is in a club format and social interaction is encouraged, other than during the performance.”

Now, live jazz spotlighting a who’s who of West Michigan talent will become a regular feature at the Harris Building at 8 p.m. Wednesdays, from Jan. 6 through Feb. 24. Tickets are $10 at the door and a cash bar will be available. (See the full lineup below.)

“A real piano, if kept in good condition, allows for nuance, subtlety, and color that is not possible with an electric keyboard,” said Connell, who teaches at Aquinas College, Grand Rapids Community College and St. Cecilia Music Center. “It affects not just the pianist, but the performance of the other musicians, too.” 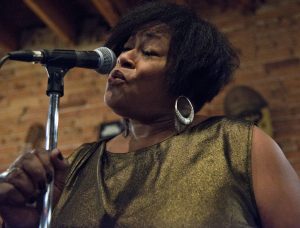 Connell’s jazz trio – including Connell, Warren Jones and Scott Veenstra – will kick off each performance with a piece or two. The featured guest artists will then join in for the rest of the evening.

Connell said the type of jazz offered from week to week “can best be described as serious, yet fun and entertaining, drawing mostly from well-known standards by jazz composers such as Horace Silver, Benny Golson, and Miles Davis, and selections from the Great American Songbook of the 1930s-40s. Most nights will also include a couple original compositions and all selections will be original arrangements rather than reproductions of famous recordings.”

The first show – featuring saxophonist Bob Nixon, trombonist Paul Brewer and drummer/vibe player Tim Froncek – will be a tribute to The Jazz Crusaders.

“Each weekly show will be similar in format as we go for maximum creativity and versatility from the performers,” Connell said. “No one is coming in with their own band so spontaneity and freshness will be in the forefront.”

As for drawing fans for a new series to an unfamiliar setting, Connell insisted “many curious people like to try the new. As long as people find out about it, I think they will come.” She added that the Harris Building offers “an unusual blend of sophistication and comfort” for the unique jazz shows.

Get more information online at theharrisbuilding.com.