The singer-songwriter and keyboard player plays One Trick Pony on Thursday night, unfurling songs that represent “a free expression” of her soul. (Story, podcast) 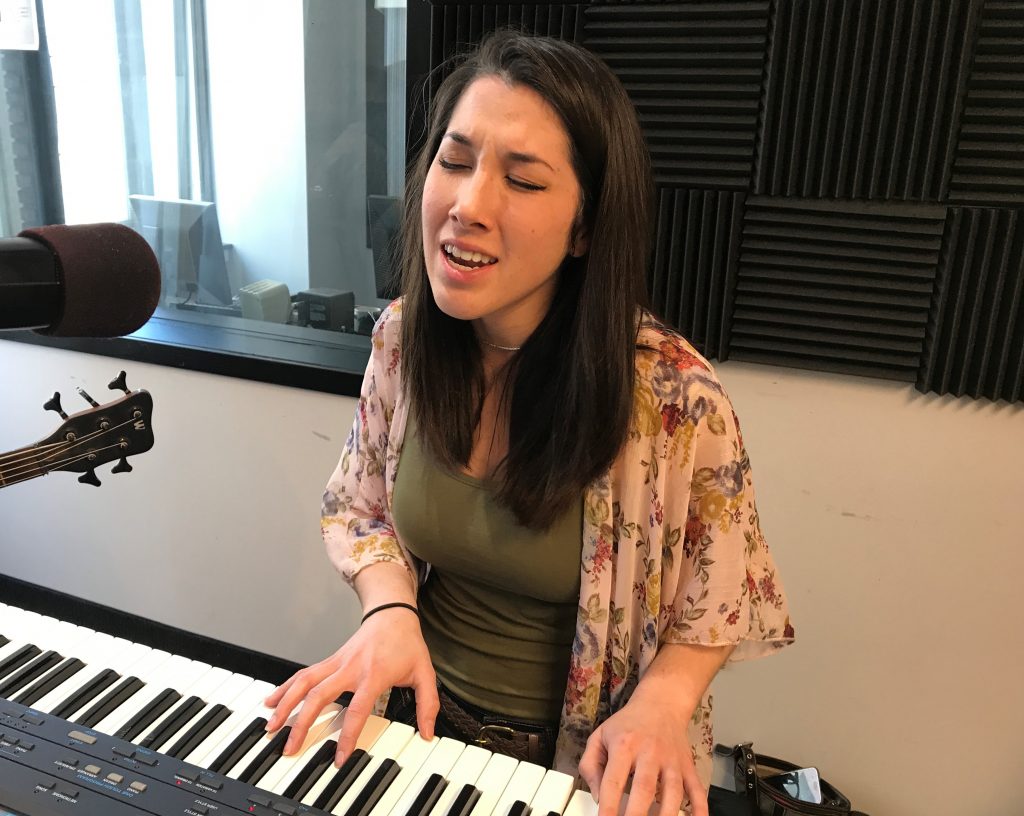 THE ARTIST: Hannah Laine
THE MUSIC: Neo-soul with a jazz twist
WHERE YOU CAN SEE HER: 8 p.m. Thursday (May 4) at One Trick Pony in Grand Rapids; May 28 at C3 West Michigan in Grand Haven; June 14 at Rarebird Brewpub in Traverse City; July 22 at Brew Works in Fremont

Inspired by the likes of soulful, boundary-pushing artists Erykah Badu and Hiatus Kaiyote, Grand Rapids singer-songwriter Hannah Laine figures she’s just scratched the surface when it comes to exploring her own music.

“I’m just trying to expand my creativity and see what comes of it,” said Laine, aka Hannah Schroeder, who releases her first five-song EP Thursday night at One Trick Pony in Grand Rapids. “(The EP is) a replica of what I’ve gone through the past few years in music form. … These are my more recent songs and kind of reflects what I’m focusing on in my music right now.” 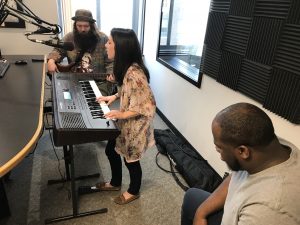 More Comfortable with a Band: Laine in the radio studio with Justin Avdek and Brian Williams.

The jazz-influenced, neo-soul keyboard player and singer, a native of Rockford who attended Michigan State University, started her musical voyage early – taking piano lessons at a young age, playing with her musician father, participating in choir and musicals in school.

And since graduating from college where she first found her “niche” as a player and writer, she’s found the Grand Rapids area music scene to be the perfect, collaborative place to keep that ball rolling.

“Everyone in Grand Rapids is so supportive,” she said, pointing to musicians such as bassist Justin Avdek, percussionist Brian Williams and guitarist Chris Bota who’ve performed and recorded with her. “It’s a great community to be a part of.”

Laine – with Avdek and Williams – previewed a couple of songs from her new EP this week for Local Spins Live, performing on-air in the News Talk 1340 AM (WJRW) studio. Listen to the full radio podcast here, with a video snippet below.

For Laine, release of the “Cut Your Strings” debut EP – recorded by Jeff Oxford and mastered at Mackinaw Harvest Music in Grand Rapids – is just the beginning of what she hopes will be a full-time career as a musician and songwriter. 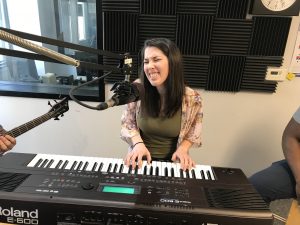 Musical Passion: Hannah Laine brings that to One Trick Pony on Thursday night.

As she puts it, her lyrics are sparked by “spiritual exploration and contemplation, inspired by her many teachers such as Alan Watts, Ram Dass, Eckhardt Tolle, and, of course, the goddess within” with a goal of creating music that’s “a free expression” of her soul.

“I just want to play music and make a living off of doing what I love,” she said, adding that she’d eventually like to front a full, permanent band to showcase her music.

“I feel so much more comfortable with other people playing with me and feel I can just expand my (creativity) – what I couldn’t do alone. I like feeding off other people’s energy and it’s a lot more rewarding for me to be playing with a band than just doing a solo.”