The weekend festivals boast live music with a bit of a twist: Grand Haven’s affair has fans voting for their favorite bands, while Farm Fest rolls out under new direction with a more laid-back vibe. 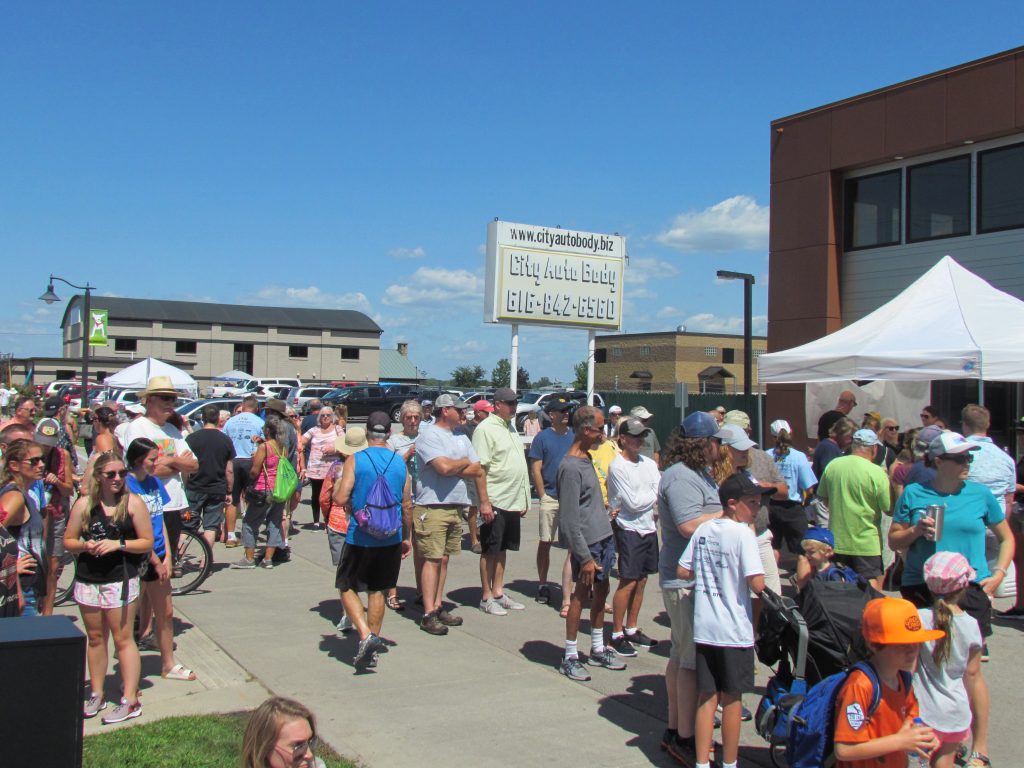 It’s time once more for the streets of Grand Haven to feel the beat.

The 2022 Walk the Beat Music Festival unfurls Saturday afternoon along the Beechtree Street corridor on Grand Haven’s East Side with 50 bands of varying styles and genres — and from across Michigan and beyond — playing 25 venues. Back for 2022: Asamu Johnson & The Associates of the Blues (Photo/Matt Marn)

Along with door prizes, attendees also can enter a raffle that boasts a grand prize of $5,000.

All in all, not a bad way to spend a Saturday afternoon.

“It has been tremendous to see the growth on the East Side,” said Bob Moore, president of Walk the Beat. “The community has grown so much over here, and I’m excited that I got to play a role in that.”

Grand Haven launched the first Walk the Beat in 2014 and the project has since spread across the Great Lakes State. Albion will once again hosts its version of the festival on Aug. 27, and earlier this summer, a third Walk the Beat event kicked off in the White Lake area.

Moore, Grand Haven’s Walk the Beat president for five years, said the response from each city has been outstanding.

“I think this year, I have overheard more chatter about the festival than ever before,” he said. The festival is the primary fundraising venture for its namesake nonprofit organization, Walk the Beat. Through community grants and programs, the nonprofit provides instruments and lessons to young people who aspire to learn music but might not otherwise get the opportunity.

“It allows us to help the community, of course,” Moore said. “But we also help the people up on the stage. Some of these people are making their performance debuts. A lot of talented musicians got their first chances to get their names and music out into the world, right here at Walk the Beat.”

Get details, the schedule and a map of performance sites at walkthebeat.org. – Matt Marn

A longstanding northern Michigan tradition is set to return this year with a new festival steward and a slew of regional acts.

The annual Farm Fest in Johannesburg — east of Gaylord — kicks off Friday with a more laid-back vibe but still delivering a strong lineup of mostly Michigan-based acts.

“I’m just trying to keep things in order and have transitioned into the conductor of this beautiful thing,” said the festival’s new steward, Jonathan Burke. Burke, a longtime Farm Fest volunteer and patron, recently took over the grounds and festival operations from Stacy Jo Schiller who founded and started the festival in 1998. Her humble beginnings started with only a few hundred people and has since grown into a multi-day and multi-stage fest that now hosts over 2,000 patrons each year.

“What I’m hoping for this year really is that people enjoy themselves and can come to heal and listen to one another,” said Burke.

“That’s always what I loved about the festival and what Stacy Jo cultivated out here. There are little jam sessions that pop up and some bands formed here. It’s just a beautiful thing with the land and the community that supports this fest.” he said.

“I’m also slotted to play solo, but a new friend that I met at a recent gig in Grand Rapids — Connor Meston of the bands Y-Not and the Junky Swinger — is going to sit in with me on viola,” he said. This year’s festival will include more shaded areas, a hammock village and a slightly different music experience. Unlike previous years, Farm Fest 2022 will confine most music to the main stage.

“The other stages and areas probably won’t have much going on. Maybe a few things or some crafts for kids but this way, at least for these first few years here, bands will have everyone’s attention while they’re on stage,” said Burke.

Burke also envisions closing Sunday night with a jam session on the main stage for anyone that wants to join.

Tickets — $100 general admission or $200 VIP — for the upcoming festival are still available and can be purchased at farm-fest.com, with a full schedule available on the website. – Sean Miller