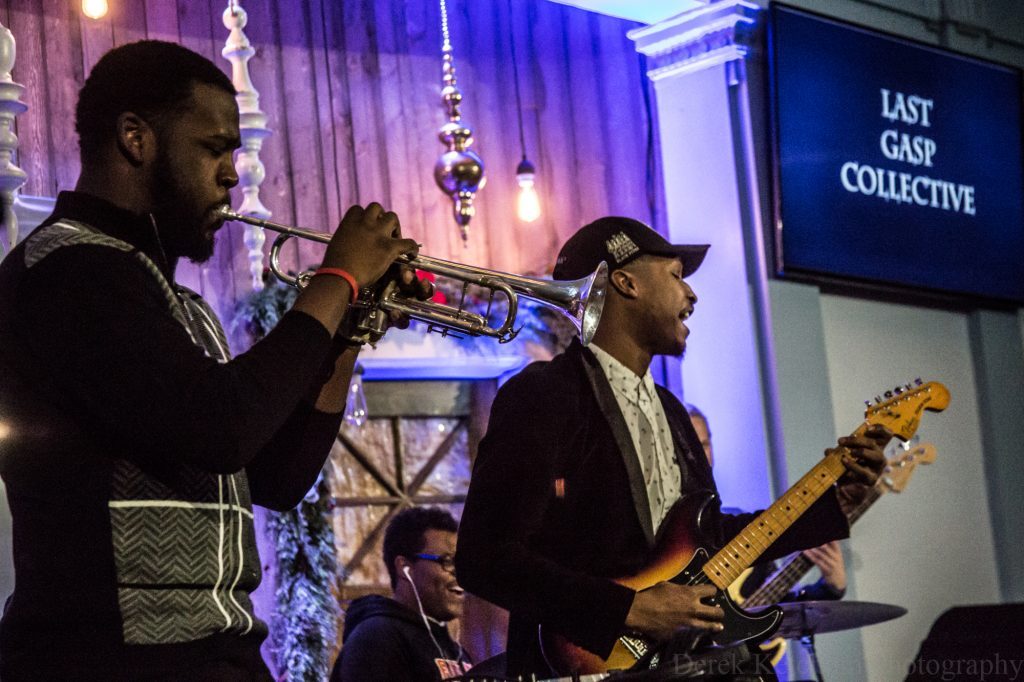 It’s a given: Michigan summers and music in the great outdoors go hand in hand.

And a couple of Grand Rapids concert series are gearing up to give fans a one-two punch in the middle of the week. 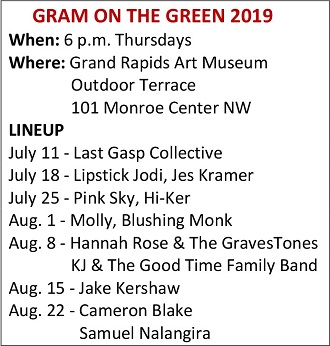 The free concerts – held at 6 p.m. Thursday on the museum’s outdoor terrace – kick off on July 11 with Kalamazoo’s Last Gasp Collective, a soul, hip hop and R&B ensemble that’s earned rave reviews for its genre-spanning approach.

In addition to live music, the series features food trucks, free museum admission, art-making activities and a cash bar. The series gets support from Bank of America, WYCE and the Meijer Foundation. 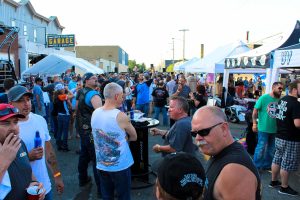 Many of the free shows draw huge crowds, and the same goes for the Garage Bar & Grill’s Wednesday night Block Party and Bike Night series, which launches at 7 p.m. Wednesday (June 12) outside the bar at 819 Ottawa Ave. NW in Grand Rapids’ Monroe North District.

The first Block Party of 2019 will feature the music of Grand Rapids’ Innuendo, a band that plays ’90s music and “the best classic rock.” Admission is $3 at the gate, with plenty of parking for motorcycles available.

The parties continue June 19 with Detroit rock/Americana band Jennifer Westwood & The Handsome Devils and June 26 with rock’s Hazy Past of Grand Rapids.