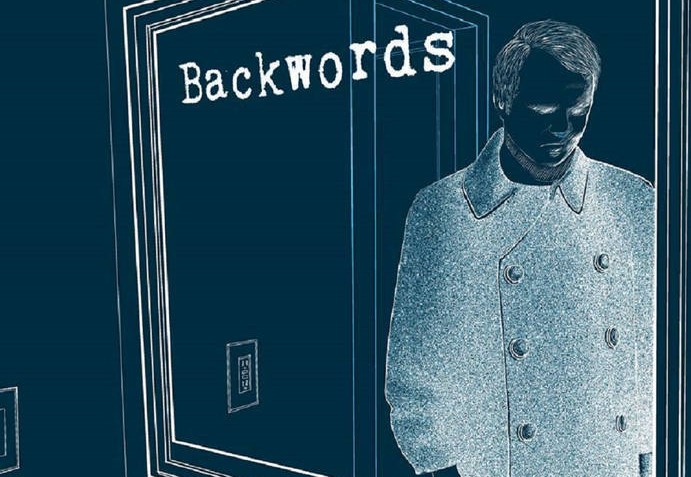 A harrowing car crash. Distrusting corporate, political messaging. A breakup. The “irony and madness in the world in which we live.”

And, yes, the current COVID-19 outbreak.

Over the course of his musical career – and just within his most recent recording project – Dale Wicks’ songs cover a lot of ground when it comes to his personal take on the travails of life. 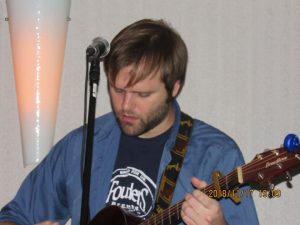 “Usually, I just write when something tells me to write a song. Something will happen and I’ll have to process it a little bit,” said the Grand Rapids singer-songwriter who just released his latest album, “Backwords.”

“I work slowly because I do a lot of the stuff myself. I have plenty of time to reflect and process what I’m doing and think about what my songs say and what they say about me. They tend to be kind of reflective.”

Hence, the title, “Backwords,” which Wicks described as “words said while looking back.”

“The title worked on another level because I’d just ended a four-year relationship when I wrote a lot of these songs,” he said. “I did a lot of looking back on what I did wrong. … I relived a few key moments in my life when I recorded it.”

As this week’s guest for Local Spins on WYCE, Wicks performed solo acoustic renditions of two of those new songs – “California” and “Balloon” – from his home. Watch the video for “California” here and scroll down to listen to the entire interview and radio show podcast below.

Wicks noted this spring’s release of “Backwords” didn’t move forward as planned due to the coronavirus epidemic that’s shut down venues and canceled show. He had planned a full-band, CD-release show featuring guitarist Eric Boyea, drummer Neil Postema and bassist Freya Rettig, with his father, Don, on piano.

“I’ve been able to practice with each of them once and then everything got shut down,” said Wicks, a regularly performer across West Michigan who now has no idea of the time frame for a release show.

“All my performances for the last two months have been canceled, some as pre-emptively as late as mid-September. I feel like I’m not doing the album justice, but there’s not much I can do about it.”

In fact, because he’s lost all of his performance income, Wicks has taken a third-shift job stocking shelves at a grocery story, which he conceded “makes me appreciate how good I had it as a musician. My knees, back and hands get beat up from lifting, carrying and breaking down boxes and I’ve lost over 10 pounds.”

A guitarist inspired by his piano-playing father, Wicks said his music has changed since his 2013 debut album, “Someone Else’s Songs.”

“I still to this day keep getting labeled as a country artist, because that one has kind of a very folk-country feel, except for my vocals. If you replace my singing with someone twangy, it would have an old classic country vibe to it,” he said.

“But I’ve gotten away from that a bit. It’s still part of who I am, but it’s not something I consciously try to do. … I try to do something new musically with each album that I do.”

So “Backwords” – mixed and mastered by Matt Ten Clay and featuring guest appearances by artists such as Patty PerShayla, Sam Kenny and Brandino Proch – features “a model, Indian influence” on “Balloon” and “a jazzy feel in spots” on “Aurora.”

The 14-track album is available on Bandcamp and Spotify, and Wicks just received his shipment of physical CDs for the project earlier this week. Eventually, of course, he hopes he can sell those at his performances.