Michigan’s new ban on indoor bar/restaurant service is only part of a gloomy, complicated outlook for live music that extends into 2021. And that leaves many frustrated and Local Spins ‘in search of a Big List.’ 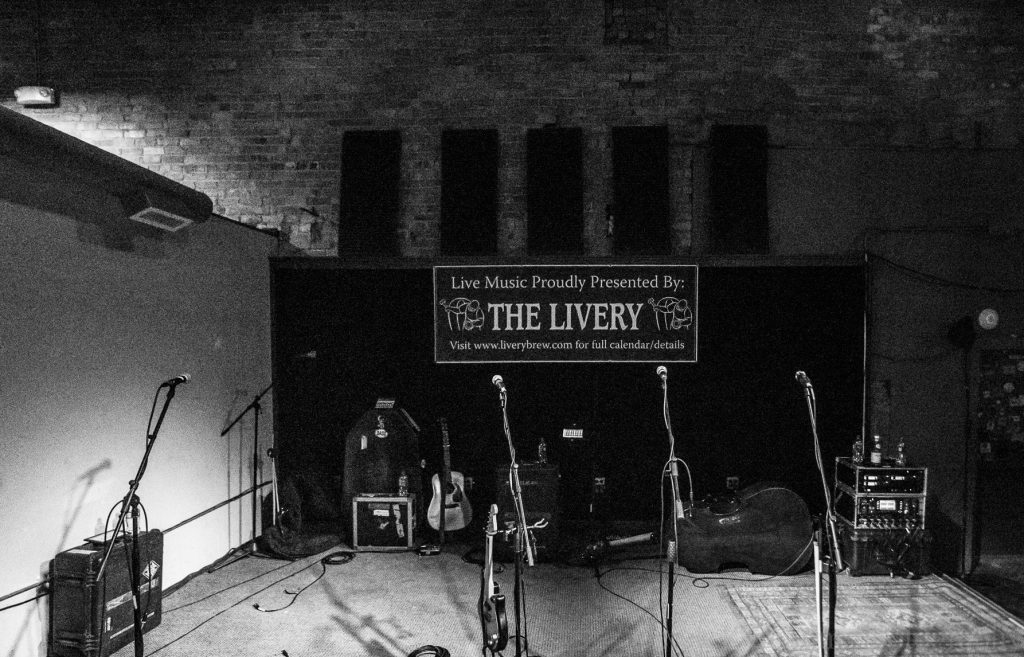 Silent Stages: How long will it be before live music returns to venues across Michigan and beyond? (Photo/Derek Ketchum)

Welcome to another lockdown.

While it’s not technically a stay-at-home order, Michigan’s decision on Sunday evening to once again ban indoor service at bars and restaurants due to a spike in COVID-19 cases will have a sweeping effect.

But it didn’t come as a surprise.

Of course, that means that an already thin roster of live music opportunities in West Michigan has now almost completely vanished and no one can predict if that situation will extend beyond the current three-week shutdown.

Indeed, the dire conditions that have essentially wiped out touring and silenced live music venues in 2020 have only become more dire in November. 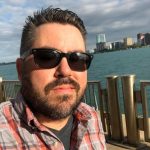 “Things are definitely going in the wrong direction,” said Nate Dorough, talent buyer for Audiotree Presents and a member of the National Independent Venue Association (NIVA).

“Generally, over the last six to eight weeks, even prior to this new wave of lockdowns, most of the booking agents were focused on fall 2021 and beyond. In fact, most are laying low and not actively booking anything. It’s been very, very quiet.”

Efforts at the state and federal level by NIVA to secure emergency funding for shuttered clubs and theaters have mostly stalled due to political bickering and the failure of many lawmakers to recognize the calamity unfolding in the music industry. But there is some hope for the #SaveOurStages movement.

“The Save Our Stages act was attached to the Heroes bill, which passed the House and is awaiting a vote from the Senate,” Dorough said.

“(House Speaker Nancy) Pelosi and (Senator Mitch) McConnell are discussing a slimmed down version of the bill, which we’re all going to start fighting today, now that Congress is back in session, to ensure that we reach out to our elected officials to push them to ask to make sure SOS stays in the bill.”

Scott Hammontree, partner and talent buyer for The Intersection in Grand Rapids, said music lovers can help by going to saveourstages.com and imploring Congressional leaders to support the cause as part of a “national day of action” today.

Beyond that, the only thing certain is uncertainty. 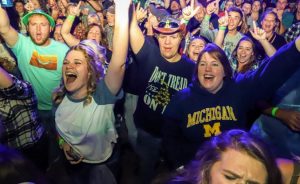 And that even means storm clouds are brewing over 2021.

In contacts with Michigan music festival organizers over the past week, Local Spins has found that only about 60 percent are still planning events for next summer with the caveat that a COVID resurgence could change even that.

An effective vaccine could ease concerns: Billboard magazine recently reported that Ticketmaster is fashioning a “framework for post-pandemic fan safety that uses smartphones to verify fans’ vaccination status or whether they’ve tested negative for the coronavirus within a 72-hour window.” Read more here.

But continued crowd capacity restrictions mean many concerts and festivals might still not be financially viable.

That recently led researchers in Germany to organize a “pretend” concert with fans to gauge the dangers and potential solutions, targeting where risks are highest in a crowded event. Read more online at New York Times here.

Naturally, we can expect other technological advancements, too, from the way venues are sanitized to the way concertgoers are screened on their way in.

The best-case scenario? Limited live music opportunities sometime next year if a vaccine is widely available, followed by a phased-in return to select outdoor concerts and festivals next summer with new safety protocols in place. And hopefully, that would signal the return of a truly big Big List Concert Guide.

Then again, that’s the optimistic outlook.

Some industry experts have predicted that touring and concerts won’t return in earnest until 2022.

“My opinion is we will not see touring back to normal pre-COVID levels until the first quarter of 2022,” Hammontree said. “I am holding onto hope that by the fall of 2021, we are starting to ramp up and do shows again but I don’t anticipate it will be at the level we’d like to be at.”

Dorough said he expects “local shows in some fashion” and smaller tours to resume next summer. But the “bottom line is, the virus needs to be gotten under control” via vaccines, distancing efforts and governmental support.

Added Hammontree: “While I don’t see live shows happening by summer of 2021, I do believe we could move much closer if the public followed every recommendation as issued by their local health departments.

“Obviously, all the great news on vaccines is encouraging and if our government can ramp up the distribution of those vaccines, that could get us back to normal faster.”

In the meantime, assistance for artists, venues and related workers is critical.

“Looking at other countries and other states, there has been much more public help for the arts in general, and music venues specifically,” said Tami VandenBerg, co-owner of The Pyramid Scheme in Grand Rapids.

“Other countries have also had much more robust financial help for artists and workers who are unemployed. The sacrifice from us all has been significant. We understand that we need to be closed, but it is only fair that we are compensated in at least some small way.”

For the foreseeable future, expect a flood of live-streamed concerts and virtual shows to be the norm again as cold weather sets in. Many are featured in Local Spins’ Viral Virtual Venues list, so if you’ve got live-streams coming up, add them here so more people know about them: https://localspins.com/events/community/add_event/