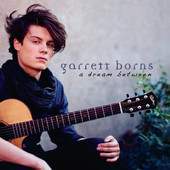 From pop phenoms to jazz veterans to bluegrass jammers, it’s time for Part II of my quarterly Local Spins roundup of new album releases by local and regional artists. (If you missed it, Part I can be found here.)

Website links are included for more information about the artists, samples of their music and, of course, details about how to purchase their tunes. Artists interested in submitting CDs to Spins on Music should email me at jsinkevics@gmail.com. Also, tune in at 10 a.m. today (Wednesday) at News Talk 1340 AM when another artist previously featured in Local Spins, blues guitarist Greg Nagy, will be my guest:

Garrett Borns, “A Dream Between” – The future of pop may rest in the hands – and amazing vocal cords – of Grand Haven’s own Garrett Borns. Maybe I’m overstating the case, but as legions of West Michigan fans already have discovered, this 20-year-old phenom not only has the songwriting chops – crafting catchy tunes that span indie-pop, hip-hop and soul – but a high-ranging, distinctive voice with androgynous appeal that has “rising star” written all over it. His debut seven-song EP, “A Dream Between,” recorded at Bill Chrysler’s Redwall North Studios, sizzles with charm, from the opening acoustic guitar-pop of “Time Flies” to the funk of “Crazy Girl” to the falsetto- and ukulele-drenched “One Heaven of a Time,” with Borns’ multi-instrumental prowess backed by drummer Scott Pellegrom, bassist Seth King York, guitarist Kevin Kozel and organist Darius Pimpleton. Garrett Borns. Remember the name. Website: www.garrettborns.com (Also, check out an in-studio video of an acoustic performance by Borns below. And catch him live at 25 Kitchen in downtown Grand Rapids on Friday.) 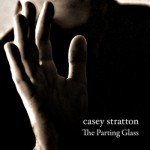 Casey Stratton, “The Parting Glass” – Like Borns, above, Stratton’s stunning, soaring voice will take you aback and draw you in. Unlike Borns, Stratton is a 16-year veteran of the music business and an accomplished pianist who was once signed to a major label, Sony Music Entertainment. The Grand Rapids singer and musician continues to explore new musical territory with remarkable success. His latest album delivers striking, gorgeously melancholy takes on traditional Celtic, English, American and French folk songs (sung in several different languages), along with his own dynamic musical treatment of Edgar Allan Poe’s “The Raven.” Spare, powerful. Website: www.caseystratton.com 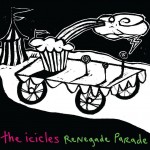 The Icicles, “Renegade Parade” — It may have been a long time coming, but it was worth the wait … if just to see how dramatically things have changed. The Icicles are back, ironically enough, just in time for warm and sunny spring weather. This time around, I hasten to say, the girls’ (and boys’) sugary indie-pop has a more mature – and distinctly darker, heavier and more languid – vibe, which isn’t surprising considering they’ve been having kids, generally getting more serious about things, and experiencing the self-doubt that comes with unexpected success.

Consequently, the cheeriness of “La-Ti-Da” has been replaced by tunes such as “Numb” (with the line “I am no longer young”), “Smile, Smile, Smile” (“the walls are closing in on me…smile the way that they like it…driven to the brink”) and “So It Goes” (“you didn’t know it would crush my dreams, you didn’t know how you hurt me so”).

But there’s still a rudimentary, child-like simplicity to The Icicles’ airy tunes, and it’s not all somberness and introspection. Longtime fans will find uptempo pop sweetness on “This Is It,” “Places Far Away” and “Sunshine,” with Gretchen DeVault and Joleen Rumsey still leading the way for this West Michigan band, which also features guitarist Rebecca Rodriguez, bassist Aaron Ekins and drummer Zane DeVault. My favorite may be the closer (not counting a hidden isntrumental track), “No Good For You,” which has the girls rocking out over a synthesizer-infused drone and rollicking drums.

The album was mostly recorded and mixed at KingSize Sound Labs in Chicago by Mike Hagler, with Michael Crittenden at Grand Rapids’ Mackinaw Harvest studios providing additional mixing and guesting on guitar, percussion and organ. Catch The Icicles and their brand-spanking new material live at this weekend’s CD-release show: 8 p.m. Saturday at The Pyramid Scheme, 68 Commerce Ave. SW. Tickets are $6 and you can find them here. Website: theicicles.com 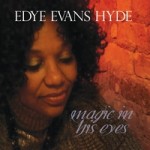 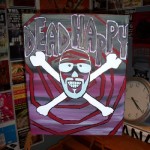 dust A.C., “Dead Happy” – Perhaps best known in West Michigan for his work with grrRoPoLis, Antilogical and the Cedar Rock Basement Program, multi-instrumentalist dust A.C., aka Dustin Anderson, is every bit as inventive and goofy-in-a-good-way (“Your Face Smells Like Berries”) on this solo rock project released by Severed Records.

Dirty Pietri dishes and labcoats aside, these are rock experiments with a formula that works. Website: www.dustac.bandcamp.com 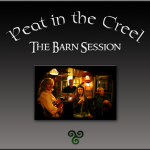 Peat in the Creel, “The Barn Session” – Celtic music fans can roll in the clover with this one by a new band of veteran musicians based in Greenville. 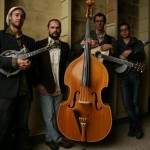 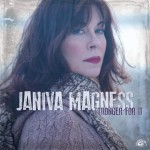 Janiva Magness, “Stronger For It” – Sure, the award-winning Magness is actually based in California, though she was born near Detroit. But her keyboard player, Hammond B3 virtuoso Jim Alfredson is still a Michigander, perhaps best known for his work with Organissimo. And he shines in the studio on his first-ever recording with Magness, creating perfect organ accents and a sultry atmosphere, not to mention even a little piano charm. But Magness is clearly the star here, her soul-infused voice tearing a hole in the blues-rock heart of tracks such as “Make it Rain,” “You Got What You Wanted” and “Dirty Water.” As she told me in a recent interview, this album – which contains three tracks that the singer co-wrote — is “definitely vulnerable.” Consequently, Magness sings the blues like she really means it … which is probably why it’s topped blues/roots charts the past two weeks. (Magness and her band play Billy’s Lounge in Eastown on April 13.) Website: janivamagness.com 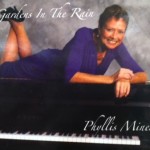 For admirers of solo piano, this makes a fine soundtrack to the spring. Website: westmichiganharpist.blogspot.com 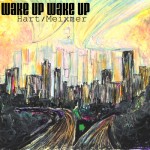 Hart/Meixner, “Wake Up Wake Up” — There’s a bit of a Jayhawks flavor to parts of this alternative rock album by Dave Hart and Wes Meixner, with the multi-instrumental duo delivering a dozen tracks that range from a driving rock edge to those with rootsier vocals.

Although the band is based in the Detroit area, Hart has roots in East Lansing/Kalamazoo, where he was drummer for the jam-rock band The Black Fuzz in the 1990s. And Meixner lived in Grand Rapids during the period when this album was made. Website: hartmeixner.bandcamp.com

OTHER ALBUMS TO CHECK OUT:

LittleEdge and the Miracles, “Distortion” – The kid-whiz guitarist I spotlighted last summer after a jaw-dropping Festival performance is about to release his debut CD. Website: http://www.facebook.com/pages/LittleEdge-the-Miracles/119482238138842

Electric Stayt, “Reality Distortion Field EP” – This Grand Rapids outfit unleashes alternative/indie-rock with a punk/new wave attitude and a boatload of energy. Download tracks from the EP for free at its website. Website: www.facebook.com/electricstayttheband