The Go Rounds play this weekend’s inaugural Camp Greensky, with frontman Graham Parsons touting his U.P. Farm Block Fest come July with an “improbable” lineup. Get the lowdown on both festivals. 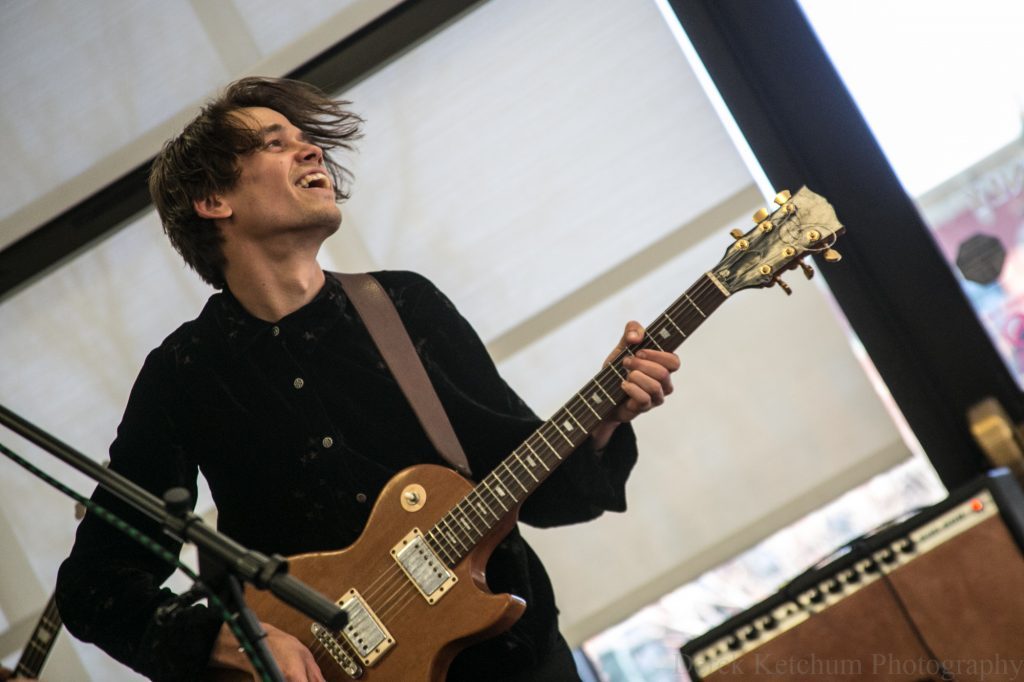 When Graham Parsons takes the stage with The Go Rounds for the inaugural Camp Greensky Music Festival outside Wellston this weekend, the Kalamazoo musician and singer likely will be all smiles. 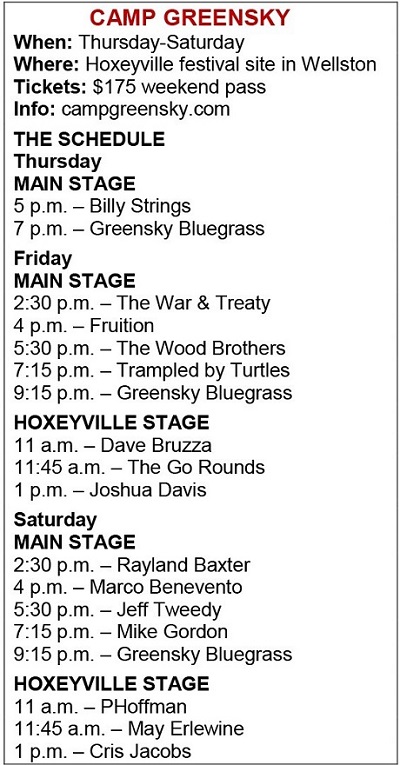 After all, The Go Rounds are close pals with members of progressive bluegrass band Greensky Bluegrass which hosts this three-day event for the first time on the same site as the Hoxeyville festival, which will take place in the Manistee National Forest in August.

“It certainly is an honor to be included in this weekend’s festivities,” he said. “They’re all friends of ours, so it’s beautiful we get to share a little slice together. … The festival is special ‘cause it feels symbolic of how hard the Michigan music community has worked to become recognized on a national level. Endless respect and admiration for the Greensky team and family.”

Indeed, the first-year spectacle unfolding Thursday, Friday and Saturday in the northern Michigan woods about an hour south of Traverse City boasts a bevy of national acts: Jeff Tweedy of Wilco, Mike Gordon of Phish, Trampled by Turtles, The Wood Brothers and Rayland Baxter, among others.

Michigan-bred stars are part of the lineup, too, including Greensky Bluegrass (which plays all three nights), Billy Strings, The War & Treaty, Joshua Davis and May Erlewine.

Parsons calls them all “true musical heroes.” (Tickets are $175 for a weekend pass, $375 for an RV pass, and available online at ticketfly.com, with campgreensky.com featuring camping information and other details.)

Of course, Parsons is a musical hero himself: For the 11th year, he’s hosting his own festival in late July on family property in a remote area of the Upper Peninsula.

The Farm Block Fest and Reunion 2018 in the Keweenaw Peninsula July 27-29 not only brings together dozens of Michigan bands and solo artists – as well as a few national stars such as Sawyer Fredericks of “The Voice” fame – but raises money for the Dan Schmitt Gift of Music and Education Fund to provide free instruments and music lessons and outdoor education to students in the Keweenaw Peninsula and in Kalamazoo. 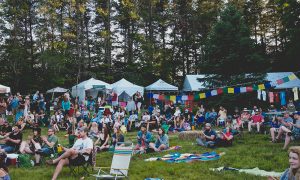 “There have been some incredible lineups but this one might be my favorite ever, 11 years in,” Parsons said of the festival which boasts northern Michigan favorites such as May Erlewine, Charlie Millard, Seth Bernard and many more.

“The festival is maturing, the systems for support are growing, the artists keep returning. Its surreality will never cease to make me feel like I’m suspended in air for an entire weekend. It’s truly become a reunion. We’ve all got another whole year of triumph and failure to celebrate together.”

Others who are part of what Parsons calls “another improbable Farm Block lineup” include Samantha Crain, Lalo Cura, After Ours, Last Gasp Collective, Heavy Color, The Antivillains, Frontier Ruckus, Anna Ash, Olivia Mainville, Molly, Jack and the Bear, Major Murphy and, of course, The Go Rounds. 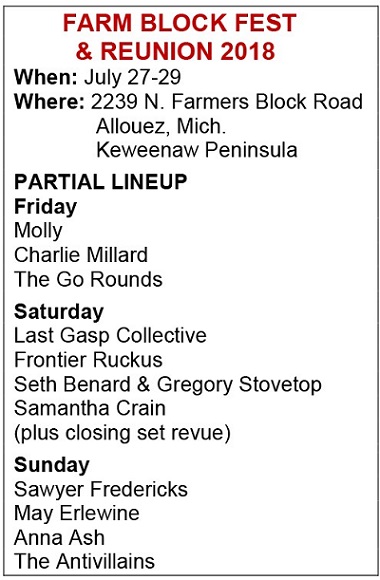 The festival oozes a special vibe because of its location, he insisted.

“There’s the old adage that the beauty of life is in the journey, not the destination. In the case of Farm Block, the beauty is in both the journey and the destination,” he said. “Simply, it feels like another country up there. Time slows. The wind holds a sweetness. Never have you seen more stars in your life.” (Scroll down for some video highlights from 2017’s festival.)

Weekend passes are $80 (plus $10 per car for those camping). Passes for children 12-17 are $40; children 11 and younger are free. Tickets are available online at farmblockfest.com.

Some of the acts performing at Farm Block also are “playing their way up” to the festival by staging showcases in several different cities, including The Pyramid Scheme in Grand Rapids, Workshop Brewing Co. in Traverse City and Short’s Brewing in Bellaire.

The first Pyramid Scheme show takes place July 24 with Samantha Crain, Molly and Turtledoves (featuring Alex and Ashley McGrath from The Soil & The Sun); the second is July 25 with Last Gasp Collective, Rick Chyme, After Ours and Major Murphy.

“If you can’t make it to the fest,” Parsons said, “maybe you can catch a little bit of the caravan in your town.”