With the band’s U.S. tour set to stop at Grand Rapids’ 20 Monroe Live on Sunday, Local Spins chatted with co-lead singer Noelle Scaggs about touring, the new album and her influences. 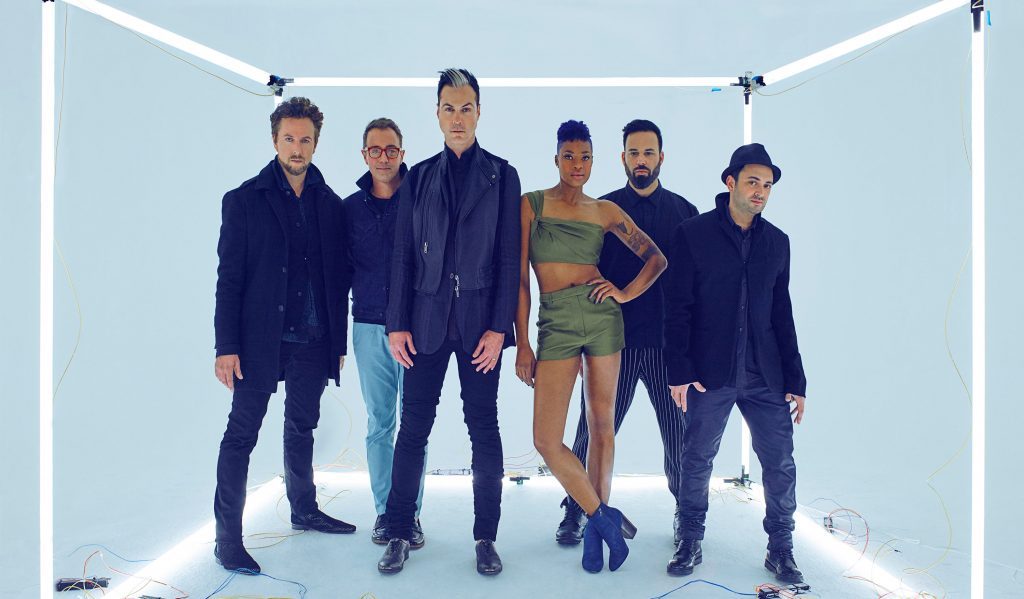 ‘A Well-Oiled Machine’: Fitz and the Tantrums have been together for 11 years. (Courtesy Photo)

Pop’s upbeat Fitz and the Tantrums will bring a spectacle that blends pop, Motown and electronic music to Grand Rapids’ 20 Monroe Live on Sunday as part of their U.S. tour.

The multi-platinum-selling band formed around 2009 in Los Angeles and has consistently released pop hits such as “HandClap” and “The Walker,” and performed across North America and Asia. The group — Michael Fitzpatrick, Noelle Scaggs, James King, Joseph Karnes, Jeremy Ruzuuma and John Wicks — is currently touring in support of its latest release, “All the Feels,” which came out in September 2019.

Local Spins writer Jamie Brackman caught up with co-lead singer Noelle Scaggs to chat about the new album and how life as part of an international pop sensation was treating her.

Local Spins: How’s the tour going? Where are you now?
Scaggs: It’s great, we’re having fun. We’re in Clifton Park, N.Y. We’ve been on the road for two-and-a-half weeks so far. 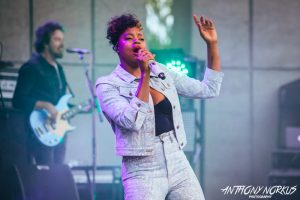 ‘Having Fun’: Scaggs on stage with the band at Meijer Gardens in 2018. (Photo/Anthony Norkus)

Local Spins: You’ve been performing together and putting music out for a long time now. What has that journey been like?
Scaggs:: This band has been together for 11 years and we’re a well-oiled machine. Fans get down and dirty every single night and they give us energy. We started in L.A. Our first show was in Hollywood at the Hotel Cafe in 2009 and we’ve been running full steam ahead since then. We all just have an amazing synergy.

Local Spins: Do you ever take a break?
Scaggs: We keep busy. We all take time off when we need to. All the guys have families. My pastime is traveling and discovering restaurants. We’re music makers; this is how we’re living.

Local Spins: So your newest album, “All the Feels,” dropped in September and you’ve put out four videos. Tell us more about this project compared to previous work.
Scaggs: Early on, we decided we wanted to create visuals for various songs that we really loved on the record. We decided to do a video for “Don’t Ever Let Up,” “All the Feels,” “123456” and “I Just Want to Shine.” (Scroll down for videos.) We’ve always been very creative about our imagery and what we put out into the world. It’s been great so far. All of the fans have been really responsive to the album. We really took the time to craft personal stories and talk about the stories we’re seeing all over the world. Stories about mental health and other challenges people are facing. We’ve always focused on energetic music and bringing joy to people’s lives, but we aren’t afraid to take on harder issues either. I think that comes through more on this album. 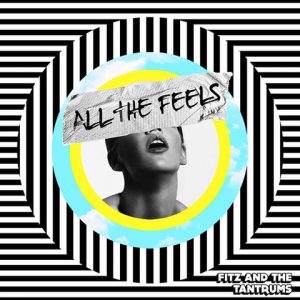 The New Album: ‘All the Feels’

Local Spins: Can you tell us a little bit about your audience and what kind of listener your music attracts?
Scaggs: Our audience is very diverse. When we started, we paired up with bands that were not necessarily in the pocket of music we were doing. We were exposed to a lot of alternative bands early on. Then we opened for Sharon Jones & The Dap-Kings, then Bruno Mars, so our fans have a very broad listening experience. There are people who really love the nostalgic parts of our songs, like the Motown influences in our earlier albums. Our shows are all ages, so you’ll see young children that are 10 years old and their entire family: grandparents, sisters and brothers.

Local Spins: There is a big emphasis on the videos with this album. How does that translate to the live show?
Scaggs: Video production and lighting are a big part of the live show and we’ve really stepped it up with this tour. I don’t want to give too much away, I’ll save some surprises for the people that come.

Local Spins: Your biggest hit, “HandClap,” has over 90 million views on YouTube. What is it like to have a song with that much notoriety?
Scaggs: “HandClap” was really eye-opening. That song has gotten us international reach. (Scroll down for video.) We went to Asia for the first time in the spring because people in China and Korea had been streaming so much. You don’t really think about the impact that you will have. When you create something and you know that it’s magical, there is no guarantee that people will respond to it. You’re kinda in your own bubble: working, noses to the grind, getting the music as tight as possible. We played Beijing and Seoul and hope to go back soon. We just keep getting amazing feedback and fans are super excited about this record.