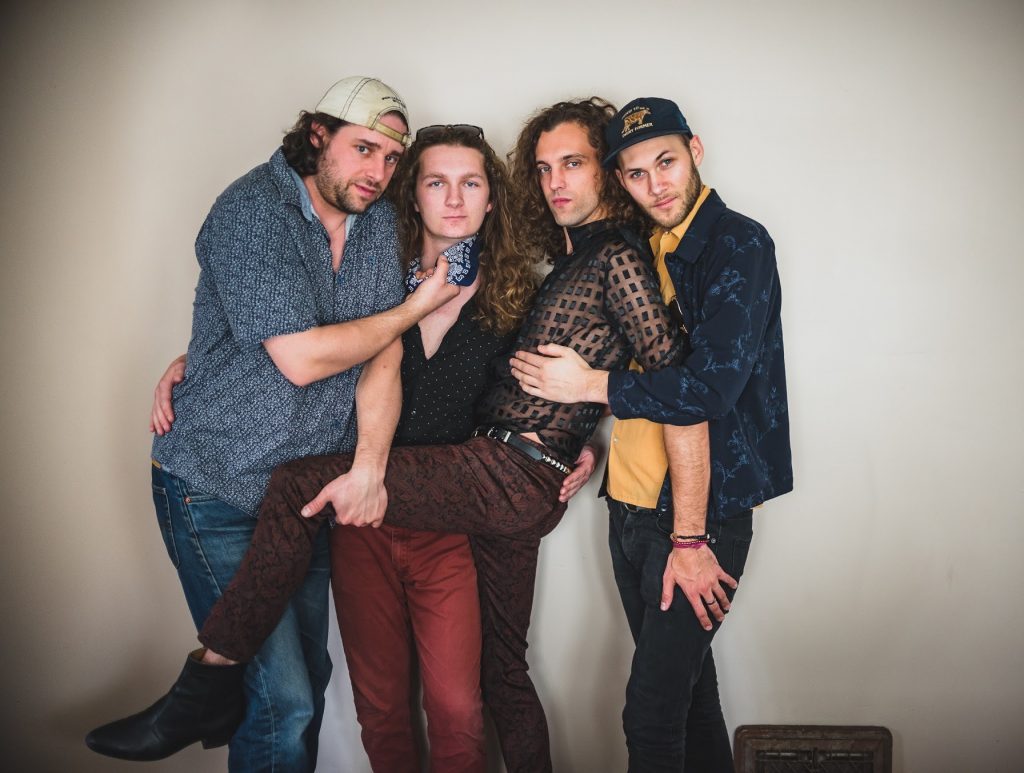 When Distant Stars takes the stage at Grand Rapids’ SpeakEZ Lounge tonight, it’s likely that few fans will have ever experienced another Michigan band quite like this. 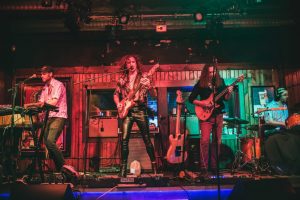 “Most bands I see, aside from musical talent, bore me. I want to invoke the same kind of power, mystique and showmanship as Elvis, Mick Jagger, Jim Morrison, Prince,” said Thomas, who began toying with the “spiritual and metaphysical” concept of Distant Stars a decade ago, before shelving it in favor of the disco/funk band The Cookies.

Welcome to Distant Stars, led by Thomas, with guitarist and bassist Tai Drury (The Marsupials), drummer and keyboardist Al Riesenbeck (The Marsupials) and multi-instrumentalist Andy Fettig (Olivia & The Aquatic Troupe).

Raised on classic rock and punk, Thomas has been performing since he was about 12 years old, journeying through stints in prog-rock, hip hop, noise, metal, funk, pop and electronic music along the way.

The music of Distant Stars – which released a full-length album, “Distant Thunder,” on Christmas Day 2017, followed by a series of 2019 singles – is inspired by Gorillaz, Prince, Tame Impala and The Rolling Stones, with the band involving its audience “every step of the way” during live performances.

“When people see us, they leave feeling entertained and connected, like they were part of something bigger,” said Thomas, who conceded the band’s wild stage shows sometimes pose a challenge amid northern Michigan’s music scene.

“The benefit of having a band, especially one as strange and provocative as ours, up north is you get to be big fish in a small pond. The economy is also pretty good for artists, since the market is less saturated,” he said. 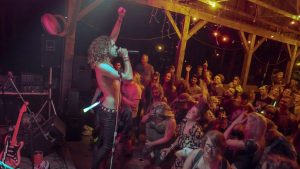 “However these small, mostly white towns are kind of in a bubble, and our androgynous, sleazy rock show can kind of rub people the wrong way around here.
That is definitely one of the big challenges.”

Bigger cities like Grand Rapids, he said, have more “open-minded folk” and band members “may have maxed out our potential in northern Michigan.”

“We don’t have a standard approach to anything, which is awesome. I like to think of us as an amorphous blob of creative power,” Thomas said of the band.

“For example, we have songs which Al played keys on the recording, then plays drums on live, and songs I used to play bass on live but now Andy plays bass on live, or vice versa.”

Distant Stars follows up its 8 p.m. Wednesday debut for Local Spins Wednesday (March 4) at SpeakEZ Lounge in Grand Rapids with a show Thursday at Tip Top Deluxe Bar & Grill, with Scott Pellegrom and DJ Clark After Dark also on that bill. Thursday’s show starts at 7 p.m.; admission is $5.
The band also plays Rockford Brewing in Rockford on March 20, along with several northern Michigan bookings.

Get more information about the band online here.