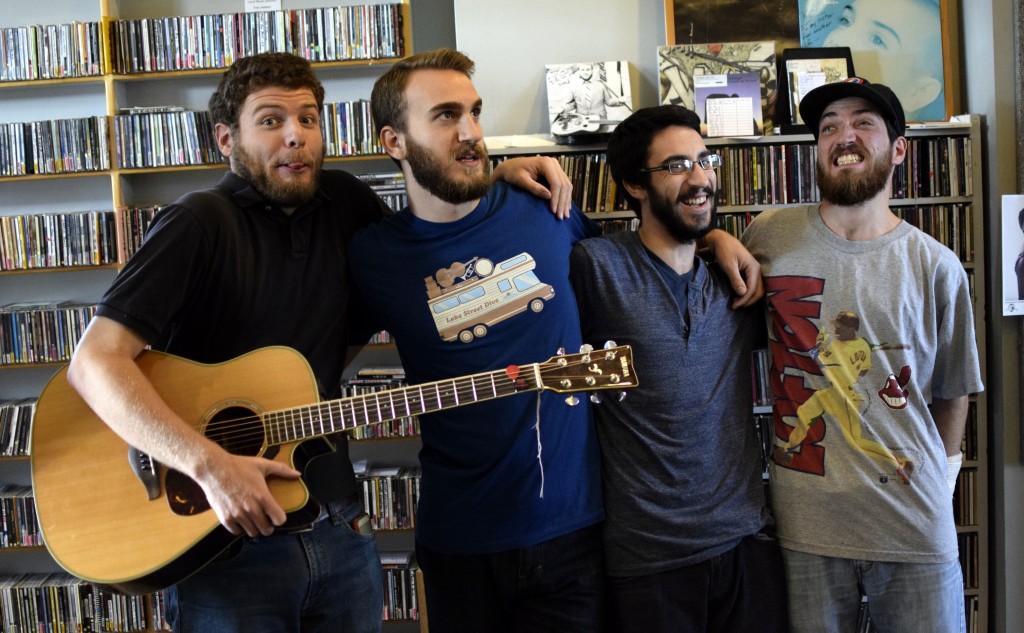 Moving recently from East Lansing to Grand Rapids to take advantage of the city’s “super exciting” music and art scene, the band Desmond Jones has wasted little time adjusting to its new surroundings and making an impact.

The jam band has set up residency every Monday night at the Tip Top Deluxe Bar & Grill on the city’s West Side, playing three or four hours at a clip, weaving an intoxicating blend of rock, jazz and funk while inviting musical guests and friends to join the five-piece band on stage. 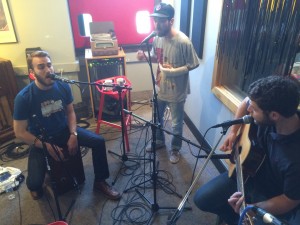 On the Air: Desmond Jones performing during Local Spins on WYCE. (Photo/Local Spins)

The group also will perform in downtown Grand Rapids during ArtPrize, part of an after-hours series at the Harris Building.

“A lot of cool things are happening,” says drummer John Nowak, who along with guitarist Isaac Berkowitz is a native of the Grand Rapids area. “It’s been so much fun.”

Indeed, after just two weeks of playing the Tip Top, Desmond Jones already is looking “to get a lot of friends and other bands involved” in what’s become a highly collaborative atmosphere.

MAKING ‘A LOT OF GOOD FRIENDS’ IN THE JAM-BAND ARENA

“It’s awesome to be completely honest,” Nowak says of Michigan’s jam-band scene. “Some of our favorite shows are definitely ones where we team up with local bands. We’ve made a lot of good friends that way.

“I think for the fans it’s really cool to see the local music scene growing because we’re all playing with each other in different cities and opening for each other and doing guest sit-ins. It’s a really cool time right now.”

Part of the attraction for fans and musicians comes from the boundary-pushing nature of Desmond Jones’ music.

“We really try to not say no as far as experimenting on new styles and techniques,” says Berkowitz, who’s temporarily limited to providing vocals for the band after seriously injuring his hand in a bizarre accident at work involving a Great Dane, a leash and an electrical box.

“If someone brings an idea for a country song or rock song or something that’s a little more psychedelic, we’re always going to go for it and try it. We really try to just expand into as many genres as we can.”

On Friday, the band displayed that eclectic approach during in-studio performances as part of Local Spins on WYCE. Listen to the podcast here (with the on-air debut of songs by The Verve Pipe, Big Sherb, The Waxies, Chris DuPont, Chip Fundy and Dave Hardin), and check out a video of Desmond Jones’ semi-acoustic rendition of “Gone” below.

The band, which has released a pair of EPs over the past two years, also has plans for recording another EP or full-length album in the near future.

“We’ve been writing a ton of new material which we’ve started to play at shows as well,” says Bota. “Fans new and old can expect more new songs to come.”

And while four of the five band members attended Michigan State University for degrees in something other than music, the pull of performing with Desmond Jones was too much to resist.

“We all just love playing music together,” says Nowak.

Get more information about Desmond Jones on its Facebook page and listen to more of the band’s music at desmondjones.bandcamp.com. 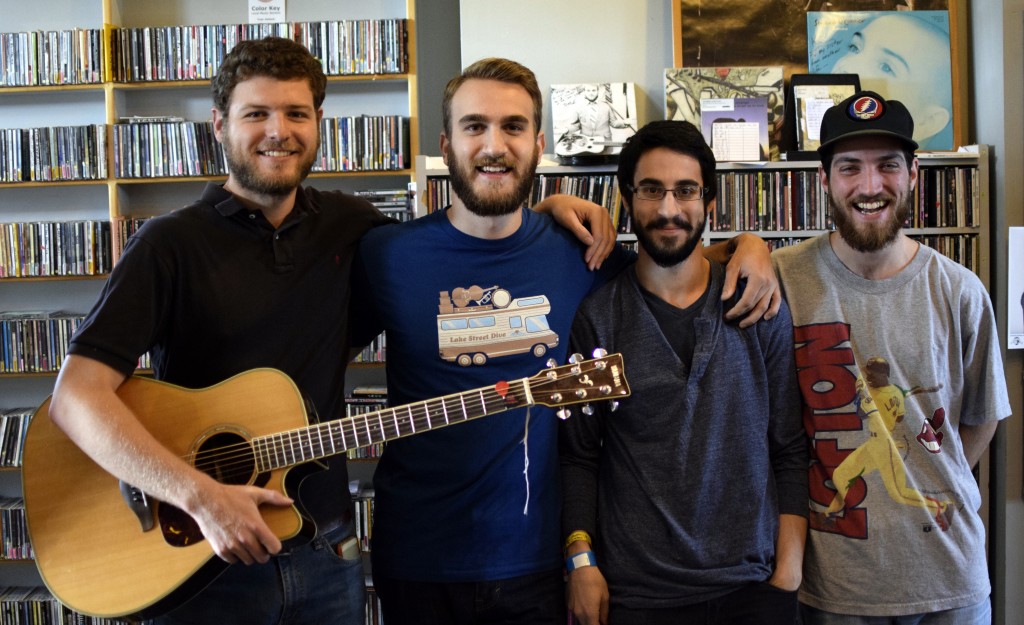