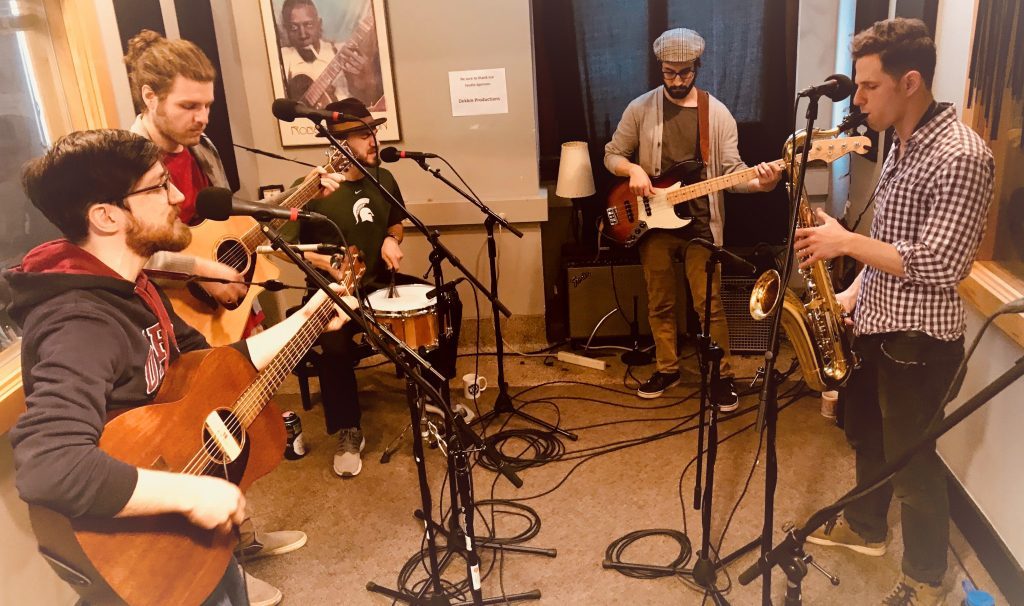 Homecoming: Back from a Southern tour, Desmond Jones will play The Pyramid Scheme on Thursday, March 21. (Photo/Local Spins)

As a jam band working to expand its audience and experience the adventures of touring, Grand Rapids’ Desmond Jones has eagerly crisscrossed the Midwest, the South and East Coast in recent years, with more travels ahead as it prepares to release and promote a new studio album.

So what’s the most important lesson these five musicians have learned from the road? 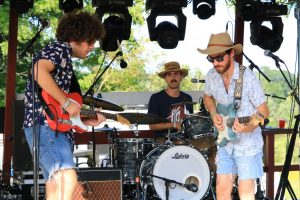 And on the more serious side, guitarist and singer Isaac Berkowitz insisted that “keeping energy up for the whole tour” is paramount.

“Just have fun with every show because especially on the road, some shows aren’t going to be as exciting when you go in. It might be a new market and there might not be a whole bunch of people there,” he said.

“But you gotta still have fun with every show. Sometimes, those end up being the best ones.”

Doors open at 7 p.m. Thursday for the show which will also feature Hannah Rose & The GravesTones and eRoy. Tickets are $10 advance and available online here; $12 day of show. 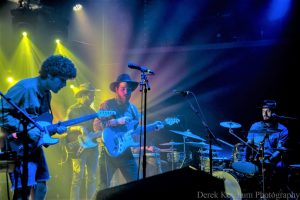 The Grand Rapids show is the band’s first since returning from a southern tour that took Desmond Jones to Virginia, North Carolina, Tennessee and Georgia.

“It’s kind of a nice homecoming and we feel more comfortable and feel like we don’t have to really impress anybody,” Bota said of the band’s Michigan appearances. “So, we get to experiment and just relax and have fun.”

The band also clearly had fun performing semi-acoustic renditions of a pair of songs from that forthcoming new album titled “Hello, Helou,” during this week’s edition of Local Spins on WYCE. The group delivered “Sylvia” and “Split Again” in-studio; watch a video “Split Again” here with the full podcast below.

Although the album doesn’t get released until this summer, the single “Still Creatures” will be released on digital formats Tuesday, with band members describing it as a funky and fun number that should pique fan interest. 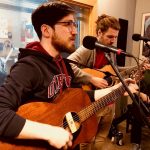 The sophomore album, which follows up the group’s self-titled, full-length 2017 debut, represents another step forward for the eclectic and jazzy, funk-fusion outfit that even dabbles in country-hued tunes.

“It’s pretty different I think than the first album,” Berkowitz suggested. “We tried to pull a different vibe out of it. There’s a lot of different styles of songs (and) for the most part we kept them to a shorter length … so I think it will be a nice contrast to the first album.”

The March 15 edition of Local Spins on WYCE – which showcases local and regional music at 11 a.m. Fridays on WYCE-FM (88.1) – also featured new tracks from The Crane Wives, The Accidentals, Antighost, Mark Lavengood and Jack Droppers & The Best Intentions, as well as music from Molly, Fauxgrass, Domestic Problems and An Dro. Check out the podcast here.