In his Local Spins debut, writer Ryan Nehring pays tribute to Kalamazoo performer, singer, MC and host of the “PUT UP or SHUT UP” open-mic night who passed away unexpectedly last month. 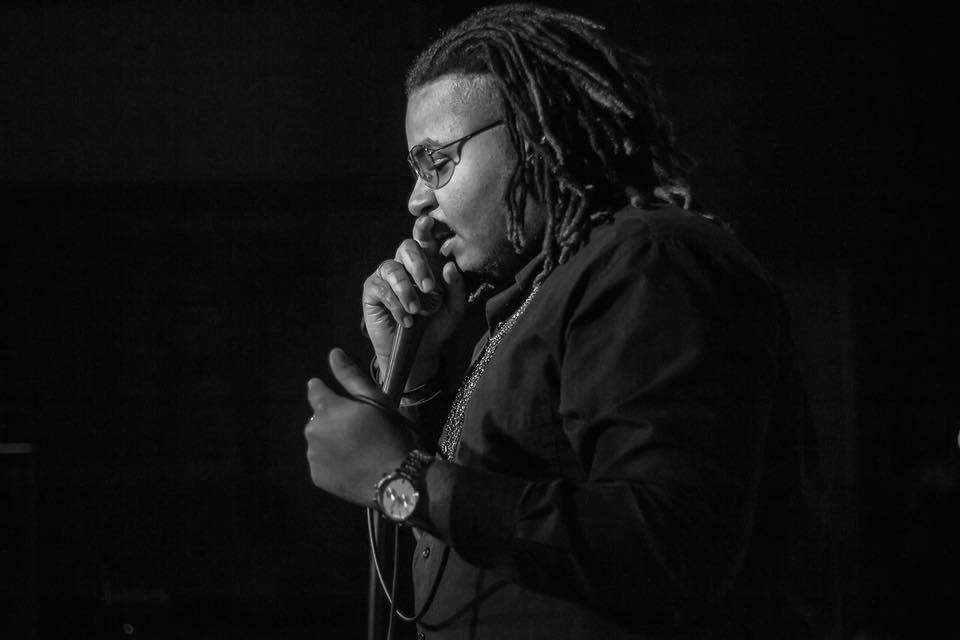 Impactful Life: Danny Rosea formed a genuine connection with those he met. 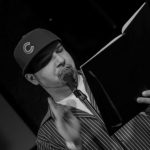 Author’s Note: Daniel Redd, aka Danny Rosea, was a good friend of mine. As house photographer for the Kalamazoo open mic, he and I spent every Tuesday night together for over a year laughing, discussing politics, boxing and sharing stories of our life and families over drinks. He was a remarkable person and someone I miss dearly.

The local art community in Southwest Michigan is in mourning.

The body of Daniel Steven Redd (aka Danny Rosea) was found in the Kalamazoo River on Nov. 28th after he’d been missing for nearly five days. The exact circumstances that led to his death remain unknown, a fact which has caused distress and anger in many of his close friends and family members. A prolific and multi-talented artist and entertainer, Danny was a beloved member of – and an ardent advocate – for the local art scene in West Michigan. 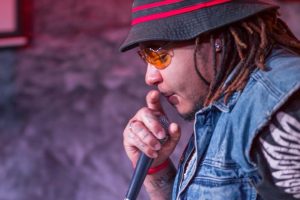 For many, Danny was best known as the co-host of the long-running, Kalamazoo-based open-mic night, “PUT UP or SHUT UP,” where he helped young artists find their voice and confidence in an open and inviting atmosphere. Beyond merely his talents as a host & impresario, Danny was a profoundly talented performer in his own right. His unique ability to shapeshift artistically between impactful poet, fun-loving MC, and soulful singer provided a conduit through which anyone he met or interacted with could form a genuine connection.

Legacy is an enduring concept for any artist. The need to leave behind a lasting impact has haunted almost anyone who’s ever picked up a microphone and Danny was no different. A week before his passing, he posted this to Facebook: “When I die all I want is for my family to have so many videos and music and pictures of me that my memory never fades, I wanna live forever.”

BUILDING A TIGHT-KNIT COMMUNITY OF ARTISTS AND MUSICIANS

One’s legacy, however, can take many unexpected forms.

While thousands of photos and videos of Danny exist, he will be remembered best by many for his talent to enable other artists to excel and grow – a talent which is exceedingly rare and sadly often undervalued. His natural willingness to collaborate with and elevate the people around him left in its wake a much stronger and tight-knit community of artists and musicians who will continue to drive a local scene that Danny loved immensely. 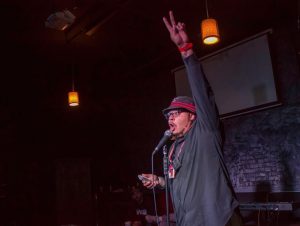 Recently married, Daniel Redd leaves behind a wife, Jocelyn Redd, and a baby daughter, Leilani. Daniel’s devotion to his family was evident in everything he did and he was so proud to be a father and husband. On a personal note, I can only hope his wife and daughter can take some measure of solace in knowing the impact Daniel had on this world in the brief time he had here.

All of us who knew him were better for it. Everyone who had the good fortune of passing through Danny’s orbit were gifted with a smile, a laugh, a story or a genuine moment of support and love that left them a better person than they were previously. He was a creative catalyst, a force onstage, a friend offstage, and a red and black Chicago Bulls brand draped beacon of what’s best about our local art scene.

He will be missed and remembered always.

ABOUT THE AUTHOR: Ryan Nehring is a photographer, writer, occasional performing poet/rapper, and longtime supporter of the local arts in Michigan. He can frequently be found at “The Drunken Retort” in Grand Rapids on Monday nights or “PUT UP or SHUT UP” on Tuesdays in Kalamazoo, drinking Jameson, taking photos and clapping louder than anyone else in the room.