The Grand Rapids band and its new album were spotlighted by Local Spins on WYCE, which also debuted tracks by Earth Radio, Paulie Cohen, Brian Koenigsknecht, Eli Kahn and more. 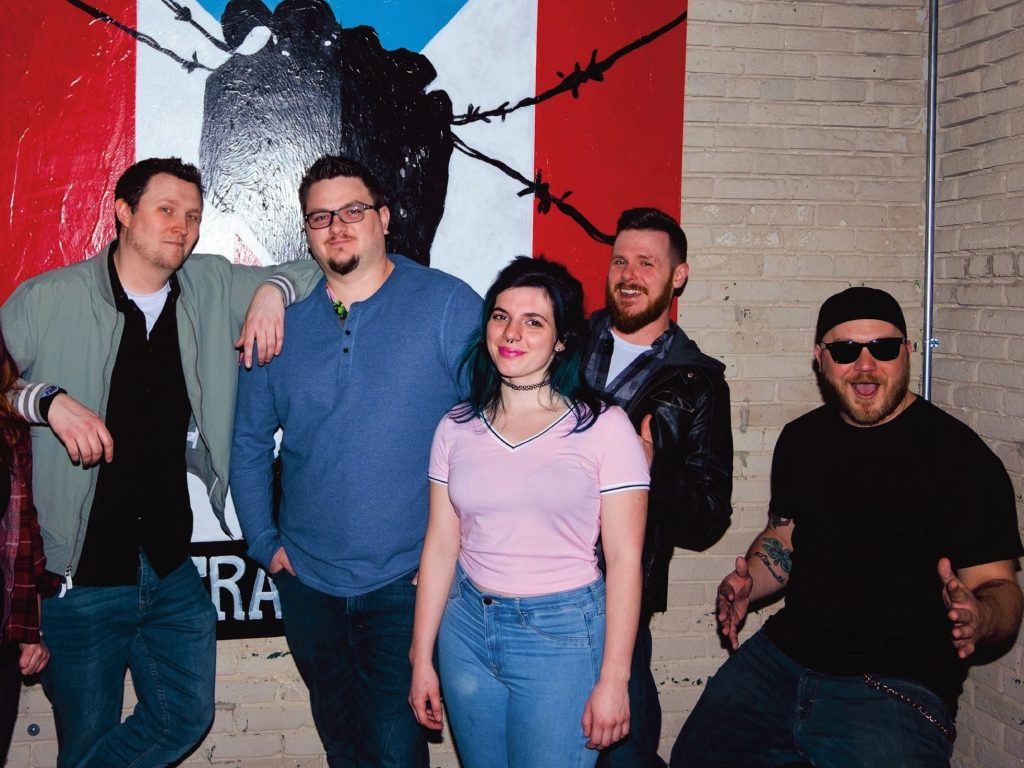 Never under-estimate the power of Mustard Plug – especially when it comes to the inspirational impact it’s had on fellow Grand Rapids ska-punk band Dance Contraption.

“They’re kind of the foundation. Mustard Plug was always this little voice in the back of our heads the whole time.” 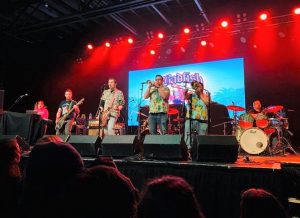 Franklin and drummer Ben O’Donald can even trace formation of their first ska outfit back to high school 15 years ago when they met a trumpet player and diehard ska devotee at a Mustard Plug show.

But make no mistake, the six-piece Dance Contraption has confidently carved out its own impressive slice of upbeat ska over the past several years, culminating in its most recent, triumphant studio album, “World Keeps Spinning” released early this year.

“It took a lot longer, but I think it ended up helping the album because we were able to tinker with it that much more,” Franklin said.

For this week’s edition of Local Spins on WYCE, Franklin showcased two tracks from the band’s six-track, third release – the title track and “Runner Up.” Watch the video for “World Keeps Spinning” here and scroll down to listen to the full radio show and interview.

Beyond the influence of Mustard Plug, Dance Contraption’s music takes its cues from a broad variety of artists: Mad Caddies, Streetlight Manifesto, The Specials, Less Than Jake, Bob Marley and even Thin Lizzy, Everclear, New Found Glory and Goldfinger.

INCORPORATING ‘SO MANY DIFFERENT STYLES AND GENRES’

Over the years, the band has infused its music with “more international elements” with flavors and “beats that come from more eclectic types of things,” suggested Franklin.

“At the core of what we are trying to do is to make fun music that brings people together – whether that’s to laugh, drink, dance or sing,” he said.

“Ska allows us to bring in so many elements from so many different styles and genres so as we grow as musicians, we can continually add new layers and have it still fall under that same dynamic umbrella, which is ska.” 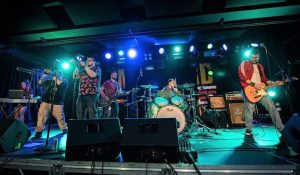 Of course, ska is best savored live because it’s “all about energy,” conceded Franklin.

So the pandemic that’s silenced most live shows has been especially hard on a band like Dance Contraption, which feeds on the communal celebration of a ska performance and, yes, getting fans to dance.

And while shows are starting to return in limited fashion as vaccines roll out, Franklin said the setting and conditions have to be just right to replicate the sort of skank-friendly, crowd-revving ambiance that ska demands.

He insisted that staging a ska concert in a socially distanced environment does a disservice to the genre and its fans, so Dance Contraption doesn’t currently have any shows booked in 2021.

“Hopefully, as it becomes safer for people attend events, we will then be able to start booking sooner than later,” he said.

Coincidentally, overcoming the obstacles posed by the pandemic reflects the central theme of “World Keeps Spinning.”

“It’s about seeing all these roadblocks and trying to persevere still,” offered Franklin. “As heartbreaking as it has been for all of that to come to a screeching halt, we have been doing everything we can to stay positive and patient.”

In addition to spotlighting the music of Dance Contraption, this week’s edition of Local Spins on WYCE – which showcases local and regional music at 11 a.m. Fridays on WYCE 88.1 FM and online at wyce.org – featured the on-air debut of new tracks by Brian Koenigsknecht, Paulie Cohen, Mark Sanders, Enrique Olmos, Earth Radio, Pink Sky, Sophia Carmen and Eli Kahn, as well as a song from KJ & The Good Time Family Band (this week’s musicians’ pick by Dance Contraption). Listen to the full radio show podcast here.