“Smoke on the Water” be damned. Playing cover songs is a tricky business, asserts this veteran guitarist, so bands should choose wisely and give their rendering of these tunes a unique twist. 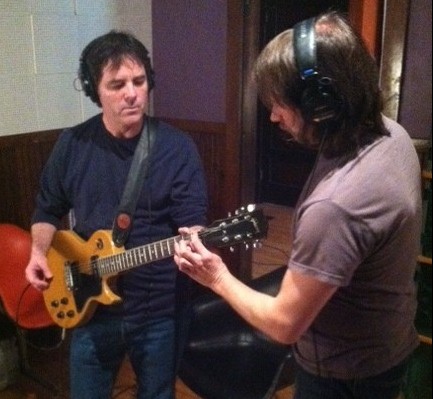 For the self-respecting band trying to turn heads and grow fans with originals, the cover song can either fly like an eagle or become the accursed bird you cannot change.

On one hand, a good cover provides built-in fan-band bonding: the sweet surprise of an instantly recognizable tune, preferably one that gets feet moving and fists pumping, plus a bit of hipster cred: “Wow, these dudes play this? Nice!”

If, on the other hand, the cover is too good, it will make your originals sound pale and sickly by comparison. Pretty soon the crowd wants more covers, and before you know it you’re playing a “Sweet Home Alabama/Freebird” medley while a guy in a Slash T-shirt stands right in front of your guitarist, hoisting a pint and screaming the wrong words.

The cover you really don’t want is the one you despise playing but feel you must to please the pint-hoisters. Back in my early band days, that was “Smoke on the Water,” a tune we dutifully performed with a secret mockery bordering on self-loathing.

The cover you want is the one that comes out of nowhere and, despite its well-known origins, bears the unmistakable imprint of your band. This still provides the sweet surprise but newly packaged. And it adds value to the great canon of rock, an ever-growing library kept ever-new by young bands’ fresh interpretations.

I’ve heard many West Michigan bands which focus mostly on their own material play uniquely original covers to wonderful effect. 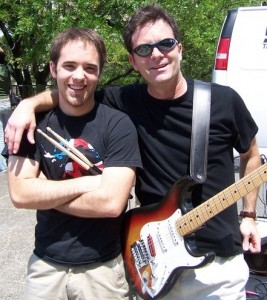 A Chip Off the Ol’ Musical Block: Honey and his multi-instrumental son, Max.

The Crane Wives’ version of “Smooth Criminal” is marvelously counterintuitive, morphing Michael Jackson’s techno fever-beat into an acoustic roots rave-up. Ditto for The Northern Skies, who filter Al Green’s soulful “Take Me to the River” through the Skies’ distinctive bluegrass stomp.

I once had the pleasure of stomping to a heavily rockified version of “I Am the Walrus” by the erstwhile Jim Crawford Band (whose founding members Zach Guy and Tory Peterson now rock righteously as Simien the Whale). Imagine if you will the Beatles’ dreamily psychedelic original set to the loose-limbed funk of “Tricky Fingered Woman.” Like I say, tons of fun.

The Crawfords’ cover came during one of the annual Feedback benefits staged by your website host, John Sinkevics, and our band The Honeytones. Feedback also saw Valentiger turn out a dandy version of the Kinks’ “Picture Book” in their own smart-pop style. Those who inhabit my Kinks-worshipping universe know that song not from the cute HP commercial but from their 1968 LP, “The Kinks Are the Village Green Preservation Society,” a commercial flop and musical masterpiece.

Which brings us to The Honeytones’ own covers and the issue of how best to cover a cover. The Tones have always opted for non-slavish versions of well-known originals. What is the point of trying to play Steely Dan’s “My Old School” note for note when no one could possibly do it better than the Dan already did?

On the other hand, we put our distinctive Tones stamp on Toad the Wet Sprocket’s “Fall Down” with roughly the same ferocity as Metallica covering The Cowsills. No disrespect to the fine original, but frankly our version is more fun.

Hey, no one said we had to check our egos at the door.

Charles Honey is a freelance writer and weekly religion columnist for The Grand Rapids Press/MLive.com, and former editor of The Press’ award-winning religion section. He attended his first rock concert in May 1968 — The Doors at Cobo Hall — and life has never been the same. One of his greatest pleasures is The Honeytones, which he co-founded with John Sinkevics 27 years ago. They have entertained Festival crowds and annoyed the neighbors ever since. He also maintains a terrific blog, soulmailing.com (a “spiritual backpack through daily life”) which I strongly encourage you to check out here.