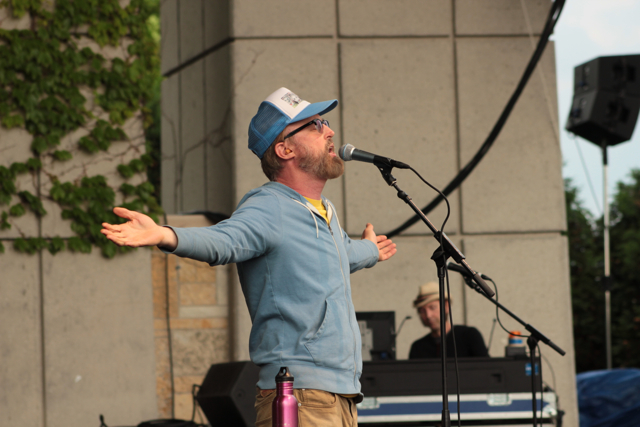 CAKE, led by vocalist and primary lyricist John McCrea, made its mark in the late ’90s and early aughts with a dry — one might even say flat — delivery and a flippant story-telling style that perfectly fit a generation primed for all things irony. 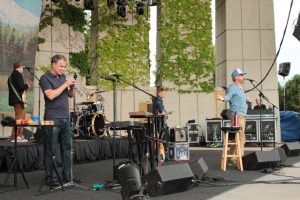 The Sacramento five-piece demonstrated Thursday night to a packed crowd at Frederik Meijer Gardens & Sculpture Park that it can cut through the snark and effectively engage an audience. The quirky instrumentation (vibraslap, anyone?) and dry, but charming, banter go a long way to endearing CAKE to an already-receptive crowd, but the fact is, they simply are a seasoned act with a fairly well-vetted catalog from which to draw.

Meijer Gardens is nearly always a hit with musicians. The acoustics are uniformly flattering and the setting is beyond picturesque. But if we’re honest, the crowd, while appreciative, can be at times be rather staid — or at least, divided on the issue of how one could/should enjoy live music. (Take, for instance, the ongoing debate of “Let’s dance!” vs. “Sit down!”)

The CAKE crowd, while not uniformly “feeling it,” seemed uncharacteristically loose for a Meijer Gardens’ crew. People were standing, dancing and, y’know, acting like people do at a rock show. Silly. Unencumbered. A little drunk. At times obnoxious. (Gentleman who wouldn’t stop shouting “Short Skirt,” we’re looking at you.) 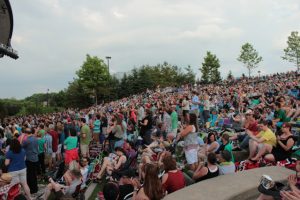 This was particularly evident early on during popular songs like “Frank Sinatra” and “Love You Madly,” when the audience sprang to life and latched onto McCrea’s laissez-faire attitude of, “Let’s all be cool and easy about this and see where it takes us.”

The succinct, but satisfying, three-part performance — two brief sets, plus a three-song encore — covered a wide range of the band’s material, with a respectable sampling from its independently released 2011 album “Showroom of Compassion,” as well as a majority of popular hits from the back catalog, including “Short Skirt/Long Jacket,” “Never There” and show closer, “The Distance.” 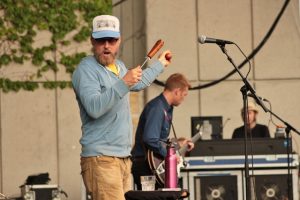 McCrea and his vibraslap. (Photo/Anna Sink)

• McCrea venturing into the crowd during “Long Time” to play his beloved vibraslap up-close-and-personal for those fans who made their way to the stage.

• A lucky, and informed, audience member earning a pear tree from the band, as part of CAKE’s ongoing, informal initiative to award a tree to one audience member at each (or at least, most) shows. It’s a brilliant marketing strategy, but also an authentic reflection of the band’s — or at least, McCrea’s — values. Winners are asked to regularly submit photos of themselves next to their tree and the tree’s location is pinpointed on an interactive map.

• Band-initiated crowd participation efforts easily can feel contrived, but the right-side vs. left-side singalong with “Sick of You” was perfectly cynical and grounded, perhaps, in the rampant waving middle fingers that matched with exuberant vocals.

McCrea is an ideal frontman; cocky and sarcastic, but genuine and clever enough to not come off like a complete ass.

Highlights include an assessment of the venue, “This is not a shitty rock club,” an explanation of the institution of intermission, “It’s a very civilized thing adults do…You can try to avoid people you don’t want to talk to,” and his evaluation of the audience’s attempts to clap along to popular songs: “That was some powerful, rhythmic clapping of Grand Rapids — people holding beers, pretending to clap.” 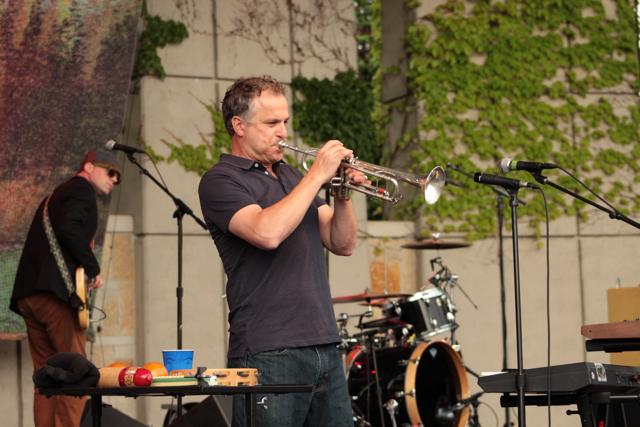 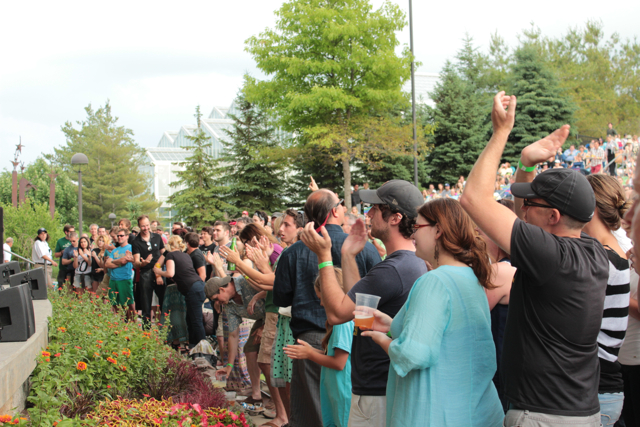 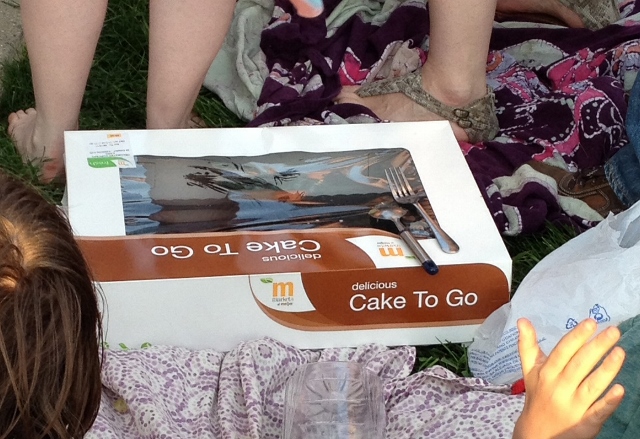 And what would a CAKE show be without, well, cake? (Photo/Tricia Woolfenden)