Learn more about the Holland folk-punk trio, watch its latest videos and listen to a recent Local Spins on WYCE podcast in this Local Spins Rewind feature. 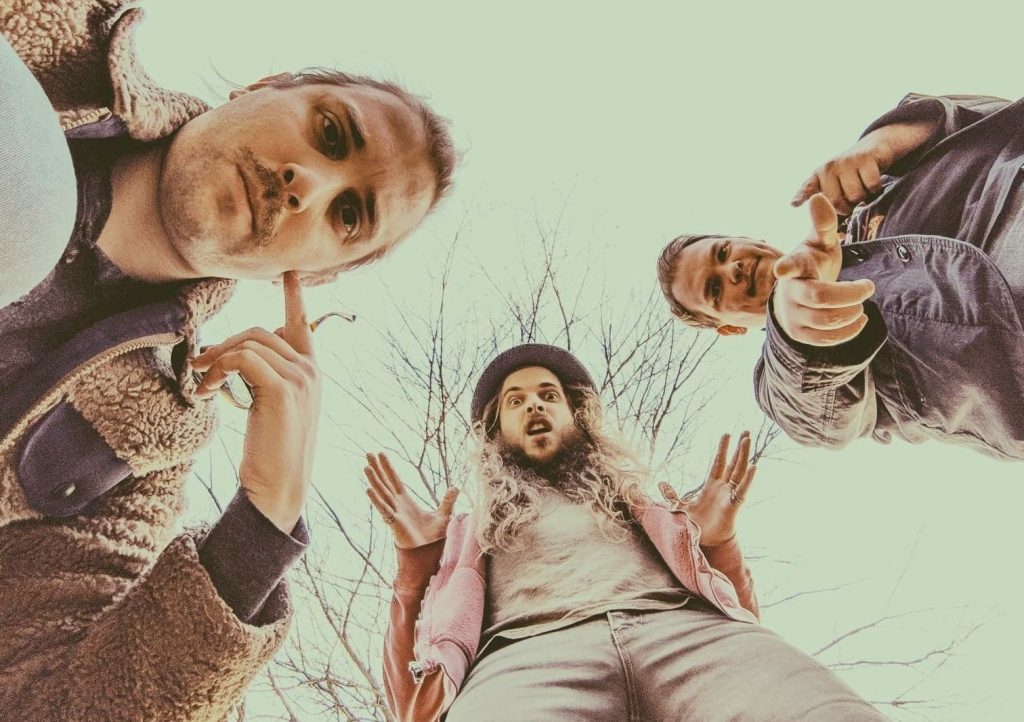 4 p.m. JAN. 29 UPDATE: Unfortunately, Brother Adams will be unable to perform on Wednesday night at SpeakEZ Lounge due to illness. Justin “Stovepipe” Stover has instead been added to the bill and will open for I Believe in Julio.

After releasing its last studio album four years ago – and enduring a series of lineup changes since – the inventive, Jammie Award-winning Holland rock/folk band unfurled its new studio album at the end of August and officially re-entered the West Michigan musical fray.

“We’ve been taking the time to regroup and find our new stride and I think we’re there now,” said lead singer and bassist Jair Driesenga. “We got confident about a year ago and started heading into the studio and laying down this new record and we’re really happy with it.” 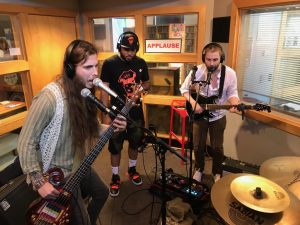 The band — featuring Driesenga, his brother, Bryce, on lead guitar, and drummer Matthew Loveless – will roll out songs from the new album and more at SpeakEZ Lounge on Wednesday night (Jan. 29), with Grand Rapids punk rock heroes I Believe in Julio. The music starts at 8 p.m.; admission is free. Get more details here.

As for the refreshed Brother Adams approach? It’s familiar Modest Mouse-meets-Bright Eyes-meets-Jack White territory, with a twist and a more experimental edge.

“We’re progressing and expanding and getting a little more eclectic with our sounds,” said Driesenga, noting the album “gets more rock-hued as it goes along and more psychedelic and conceptual. It tells the story of our band up until now.”

Driesenga called it “basically an old-school psychedelic-rock concept album that you don’t have to be a total music nerd to appreciate. It does have indulgent instrumental-breaks and a spoken-word track, but it’s also got catchy hooks and sing-along choruses.”

(The band – with special guest, Grand Rapids hip hop artist Jeff “JRob” Robinson – told part of that story for the Aug. 9 edition of Local Spins on WYCE, performing the new songs “Momentum” (with JRob) and “You’re a Rock” on the air. Scroll down to listen to the full radio show podcast.)

The new album is the follow-up to 2015’s “BLOOD,” which won “Listeners’ Choice Album of the Year” honors at the WYCE-FM Jammie Awards. 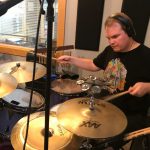 The music, Bryce Driesenga said, was written after the band “recalibrated” as a trio due to lineup changes and “started fresh right after that.”

To promote the new recording – which was recorded and mixed by Jake Kalmink at The Stooge in Zeeland and mastered by Rawss – the band has released several videos to give fans “little tidbits” of its new music. Scroll down to watch some of the videos below.

Explained Driesenga: “We want to show different sides of our artistry.”

Listen to the Aug. 9 radio broadcast of Local Spins on WYCE, featuring the interview and performance by Brother Adams here.