The Michigan-bred bluegrass whiz who moved from Traverse City to Nashville late last year continues to turn heads with his guitar prowess, and has now earned an industry Momentum Award. (Audio, video) 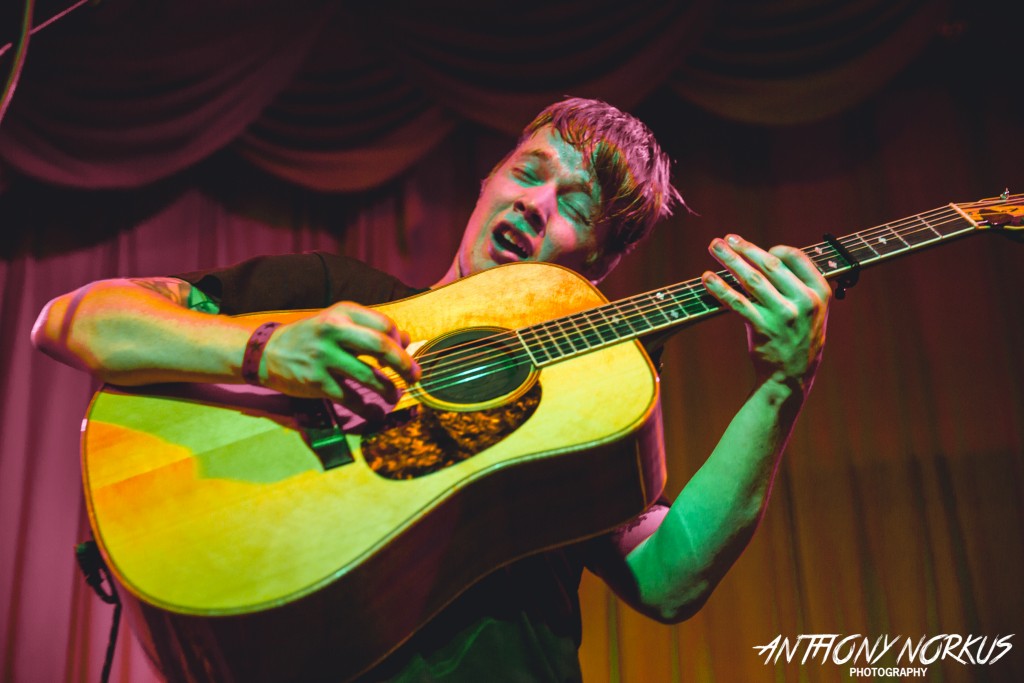 ‘Nose to the Grindstone’: Billy Strings’ hard work has paid off with a growing fan base and an industry award. (Photo/Anthony Norkus) 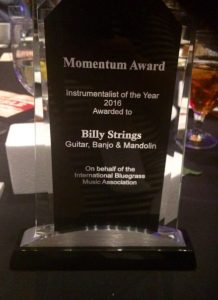 The IBMA Momentum Award: ‘Instrumentalist of the Year’

Now, that musicianship has officially been acknowledged by his peers.

Apostol, formerly of Traverse City, was honored last week as an “Instrumentalist of the Year” by the prestigious International Bluegrass Music Association during its Momentum Awards show that took place during the World of Bluegrass event in Raleigh, N.C.

“It means a lot to me to be included in a community of such great musicians,” said Billy Strings, aka William Apostol. “I’ve been lucky enough to be accepted into this world of acoustic music. To get acknowledged for the work I’ve put in on the road for the last few years feels pretty good.”

Apostol, 24, who moved late last year from Traverse City to Nashville, has long turned heads with his virtuosity on acoustic guitar – not only as a member of the Billy Strings & Don Julin band but also more recently as a solo artist with his own band and collaborating with a variety of renowned musicians.

“I really just eat, sleep and breathe bluegrass music and I always feel so lucky to have cut my teeth on it,” the Ionia-bred musician told Local Spins. “I have to thank my Mom and Dad for that.”

The IBMA’s Momentum Awards focus on “artists and industry people who are in the early stages of their bluegrass music careers.” Performance awards are presented annually to one band, one vocalist and three instrumentalists.

The award spotlighting Billy Strings as an important emerging artist came as a bona fide surprise, with Apostol learning about it via text while he was home “relaxing on a rare day off” from touring. A representative from his booking agency, Crossover Touring, went on stage and accepted the award on his behalf.

Apostol said he’s not sure what impact winning such an award might have on his career, which continues to move forward.

“I’m not sure what it will do for me to be honest, I’ve never won one before,” he said. “I guess we’ll see. If nothing more, it will look nice up on the mantle.”

In June, Apostol released a six-song solo “Billy Strings” EP, and has been touring nearly non-stop across the country all year. (Listen to a track from that EP here, with a video below.)

“We’re constantly touring, but when I’m not playing on stage or driving to the next gig, I am spending time with my girlfriend or working up original songs with the band and practicing at home,” he said.

“We are planning to record an album January-ish. That’s all. It’s nose to the grindstone and I wouldn’t have it any other way.” 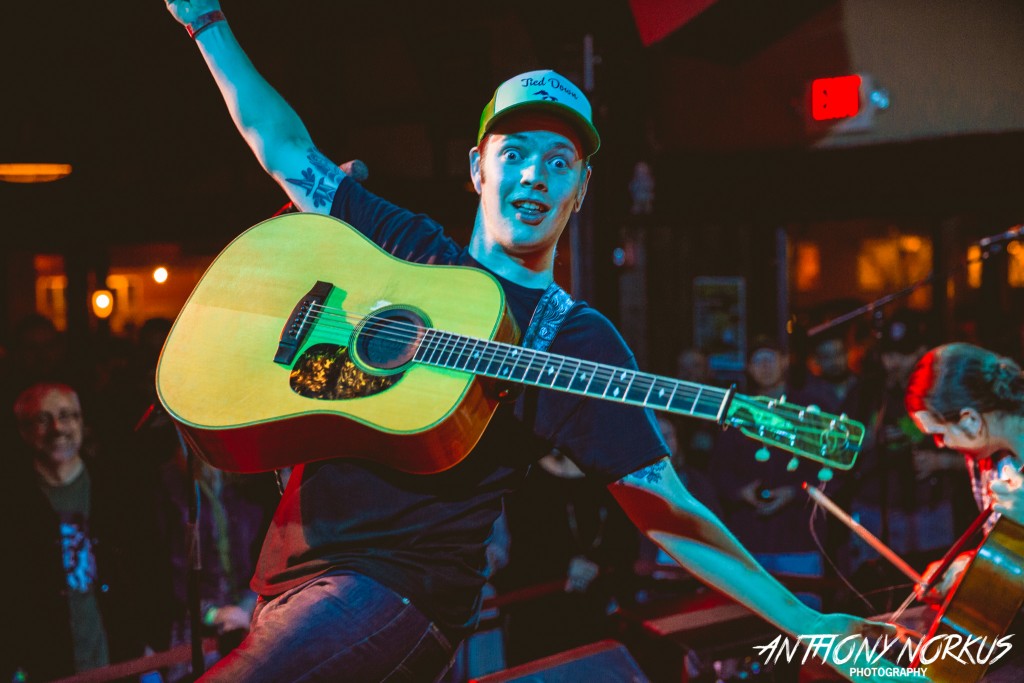