Local Spins columnist Todd Ernst encourages West Michigan electronic music fans to skip down to the Windy City over the holiday weekend for an inaugural ARC Music Fest that he says is ‘pulling out all the stops.’ 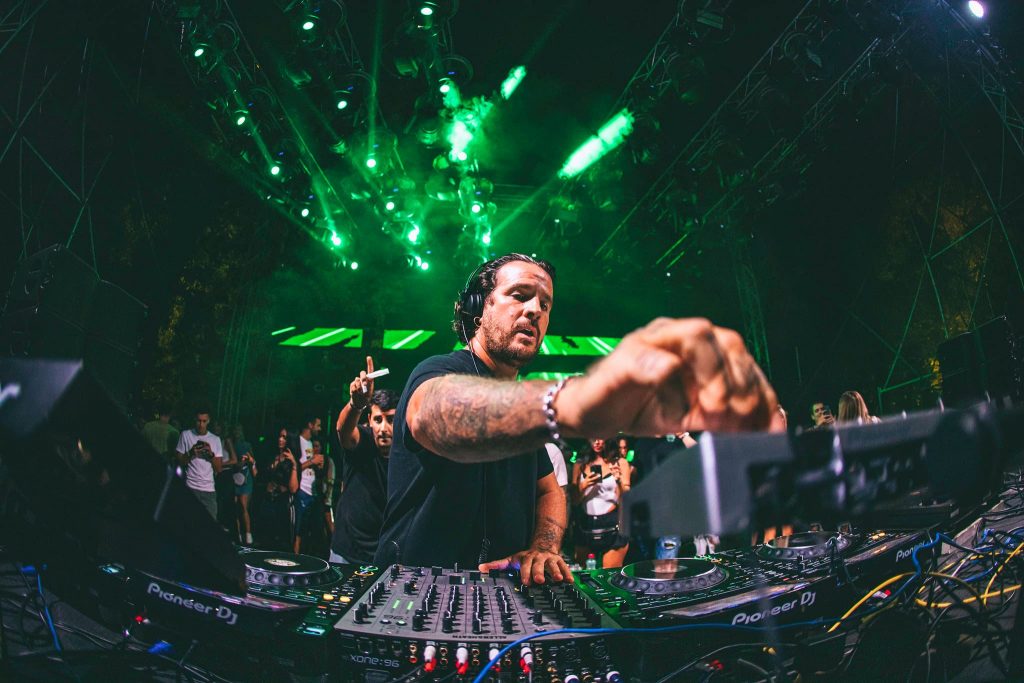 SCROLL DOWN FOR FESTIVAL SCHEDULE

EDITOR’S NOTE: Local Spins columnist and Grand Rapids DJ Todd Ernst introduces today’s subject thusly: “While Local Spins has a global reach, it is Michigan-based so let’s connect a few dots here, especially for those not necessarily in the know about the primary genres of house and techno within the big tent of electronic music. House music was birthed in Chicago in the mid ’80s; techno was birthed in Detroit just a few years prior. We have almost identical representation of both within our respective electronic music scene here in 616 with Grand Rapids geographically equidistant to Chicago and Detroit, aka ‘within the radius of electronic music’s mecca.’ As such, there is always a huge pilgrimage to Detroit every Memorial Day weekend for Movement Electronic Music Festival (in non-COVID years). And Madeon’s set at last weekend’s Breakaway Music Festival in Grand Rapids proved there’s pent-up demand for a proper house and techno festival within arm’s reach.”

Chicago’s newly formed Auris Presents is pulling out all the stops for their inaugural ARC Music Festival taking place Saturday and Sunday at Union Park. 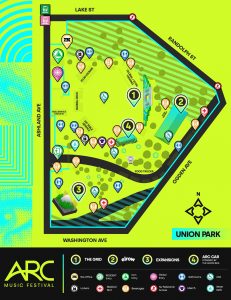 While Chicago is most certainly known as the home of house music anchored by legendary venues such as the Warehouse, Shelter, Smartbar and Crobar, there’s no question Auris is making a statement in booking top shelf techno talent that one might only experience within the Midwest during Detroit’s Movement.

Ironically, you may already be familiar with some of their work: The team formerly comprised by Paradigm Presents (known for Movement Detroit after-parties within the acclaimed Leland City Club) are now principals within Auris Presents.

Auris was initially incubated by Nick Karounos (React, Spring Awakening, Radius, Prysm and The Mid) and joined by Loud Crowd’s Stuart Hackley, BAM Creates Joe Quade, and Paradigm’s John Curley to comprise the remaining core of the Auris team. (On a personal note, I’ve been friends with John going on 25 years now, and his attention to detail and dedication to the guest experience has always been top-notch. I anticipate ARC being no different.)

ARC boasts four distinct stages: The Grid (mainstage), Spanish promotion outfit Elrow’s Psychrowdelic Trip stage, Expansions (techno stage), and the ARC Car stage powered by The GoodBus. Elrow, by the way, is known for some of the most immersive festival experiences in the game.

You can see the entire lineup here so I am not going to list everyone, but when I first saw the bill including the Luciano, Nicole Moudaber, Deborah Deluca and Kalamazoo native Seth Troxler, I literally had to rub my eyes to make sure I was seeing this right. 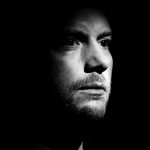 Lastly, fans of the wildly popular Eric Prydz are going to have three opportunities to see him perform via his alter ego Cirez D on Saturday night, an Eric Prydz performance on Sunday night, and during the Pryda closing party.

It’s no surprise that ARC has been referred to by some as the Midwest’s equivalent to the Awakenings Festival in Netherlands, a high compliment.

This might be the real story when all is said and done. Chicago nightlife is legendary with the aforementioned nightclubs above, now factor in well-established Chicago venues Prysm and Spybar, the historic Concord Music Hall, along with newcomer Radius and Cermak Hall in the historic Pilsen district, and ARC has the makings to establish itself as a global festival powerhouse right out of the gate. 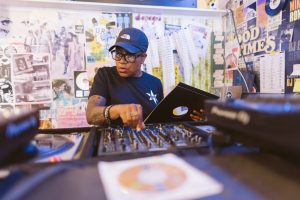 And ARC aims to “bridge the gap” between Michigan-bred techno and Chicago-bred house music.

“While Chicago is widely regarded as the birthplace of house music, being in close proximity to Detroit, there’s a ton of great techno in the city and respect shown to Detroit, where techno was created,” says Joe Calderone, marketing director for ARC.

“We want ARC to be able to bridge the gap across both the international house and techno scene with our lineup, by having Fisher and Zhu on stages alongside Nicole Moudaber and Layton Giordani. We’re huge fans of the Detroit scene and what Paxahau has done with Movement and everything they’ve done for the city. We want ARC to complement and not compete with Movement.”

It’s the symbiosis of the respective electronic music meccas Detroit and Chicago ‘bookending’ the summer — with Movement over Memorial Day weekend and ARC over Labor Day weekend. (Perhaps the respective powers could make room at each festival for an I-94 Stage, where one city showcases talent from the other.)

As for this weekend, the curation of modern house music icons alongside Chicago’s own originators and international techno artists, sprinkled with multi-genre live performances, means ARC’s debut will likely be talked about for years to come.

TIPS FOR VISITORS TO CHICAGO

Growing up just a few hours from Chicago has afforded me an outsider’s perspective on how to best navigate this great city as a second home of sorts, here are some tips to help you get around.

The Loop and The Lakeshore: Not much beats September in Chicago. Union Park is only two miles from Millennium Park, so if time and energy permits, trust me when I say you will never forget the 30- to 45-minute walk through the heart of the historic Loop district. Also, take an hour to walk along Lake Michigan which offers some iconic views of the Chicago skyline. 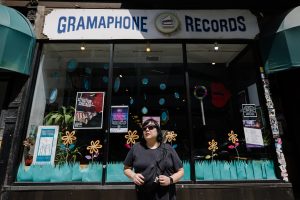 The ‘L’ and Union Park: Chicago’s CTA transit system (L is short for elevated) is the best way to travel within the city. Google Maps will show you options via the green and pink lines from the Loop area to Union Park, which is the location of ARC Music Festival, and there is a CTA stop literally right at the gates. By and large, transit in Chicago is safe at 10 p.m. when the festival lets out. Also, if you’re flying into O’Hare or Midway, the CTA will you get you to where you’re going cheaper and quicker than any other option.

Midwest Hospitality: It’s written about globally, and it doesn’t take long to run into as much. That said, please consider you are quite literally traveling to the birthplace of house music, where Frankie Knuckles has a street named after him: A smile and a thank you goes a long way in these parts. Like any major city, keep your head up and eyes open, expect some panhandling, but all in all you will find Chicago to be a life-affirming experience.

Facebook Group: This ARC Music Festival group connects with other ARC attendees, people traveling from overseas, and so on. I have enjoyed acting as a bit of a concierge for people coming to Chicago for the first time, as it’s kind of cool to see people so enthusiastic about traveling to a city I kind of take for granted.

COVID-19 Safety: Most will be please to know that the ARC team is putting the safety of its patrons first and foremost. In accordance with updated City of Chicago recommendations, full COVID-19 vaccination or negative COVID-19 test results will be required to attend ARC Music Festival. For patrons who are not fully vaccinated, a negative COVID-19 test result must be obtained within 72 hours of attending ARC Music Festival. Full information can be found online here. 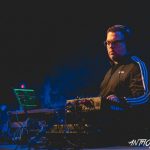 And feel free to ping me on Twitter @toddernst if you have any questions.


ABOUT THE AUTHOR: Todd Ernst has been an electronic music DJ and promoter for 30-plus years and is half of the DJ duo DiscoBrunch. While his days are spent as the owner of an indie real estate brokerage, he also owns EXSIGN which is a creative concept that designs and manages corporate, non-profit and nightlife events. Todd is also one of the founding team members for TEDxGrandRapids. 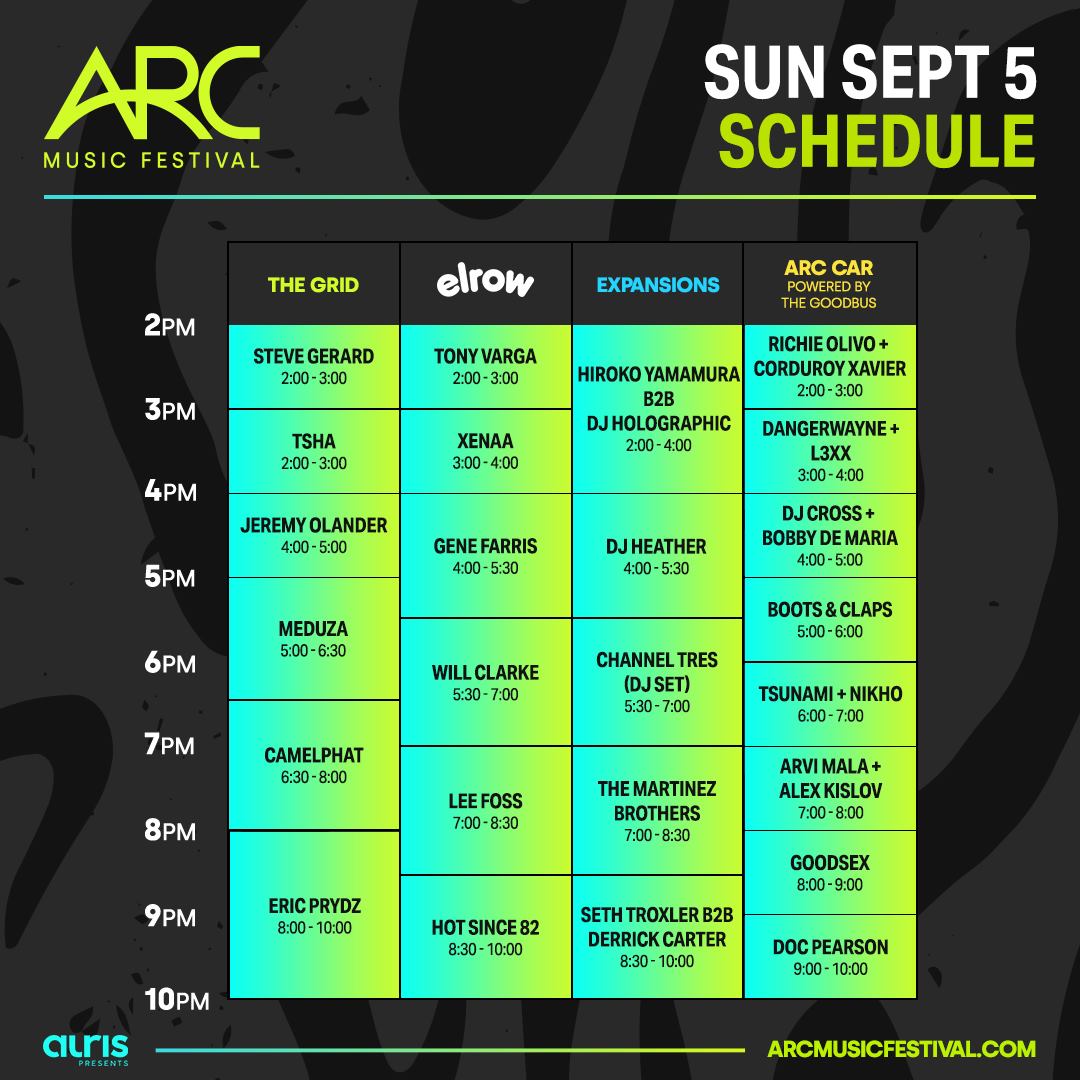