The Detroit-area artist with roots in West Michigan topped the April chart at WYCE-FM. Learn more about Burch, see who else made the Top 5 and listen to tracks from all of the featured artists. 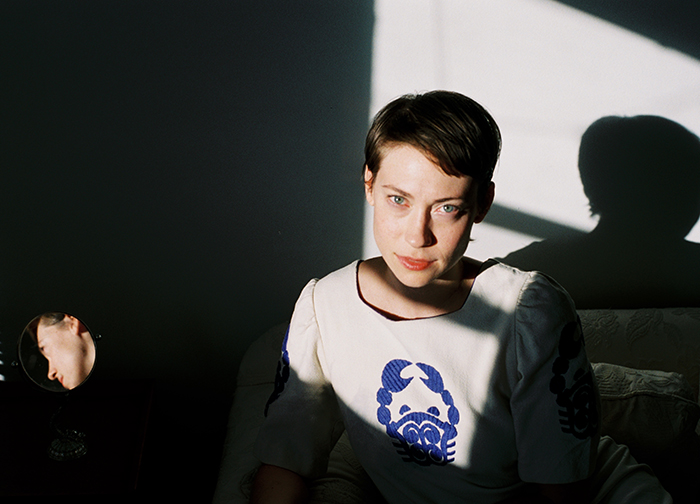 SCROLL DOWN FOR VIDEO, LOCAL SPINS HOT TOP 5 ON SPOTIFY

After topping college radio charts and earning a surprising amount of attention for her 2018 debut album, “Quit the Curse,” St. Joseph native and one-time Grand Rapids resident Anna Burch was understandably eager to tour behind the follow-up, “If You’re Dreaming,” released in early April.

The coronavirus pandemic, of course, turned those plans for the indie-pop/indie-rock artist upside-down.

“I was able to tour that record (‘Quit the Curse’) a lot, and unfortunately that’s not the case with this one, so I’m a little worried that it won’t have the same longevity and reach,” said Burch, who now makes her home in Hamtramck.

“Then again, people are spending more time listening to music at home, and I do get the impression that it’s been a welcomed companion for those who’ve been following my music.” 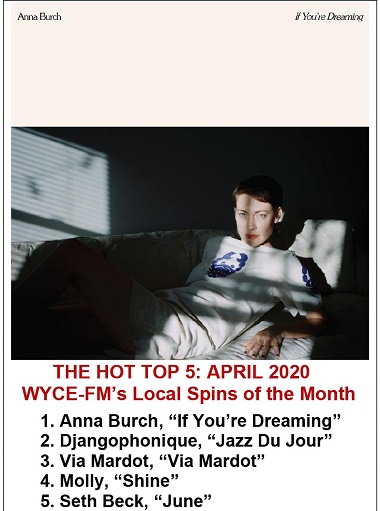 Indeed, it has: “If You’re Dreaming” quickly soared to the top of the Local Spins Hot Top 5 Chart, representing the local or regional release earning the most airplay in April on Grand Rapids’ WYCE (88. 1 FM).

“It’s, of course, really encouraging to have support in my home state, so thank you (WYCE) for all of the spins,” said Burch, who conceded it’s a “bizarre climate” in the music industry these days.

Buoyed by tracks such as “Can’t Sleep,” Burch, 32, describes the album recorded in Sam Evian’s home studio in New York’s Catskill Mountains as “more of a mellow, contemplative record than the first and explores themes of isolation, emotional estrangement and a longing for stability.”

Burch’s recording topped the No. 1 album for March, Djangophonique’s “Jazz Du Jour,” which dropped to No. 2 on the Hot Top 5 Chart for April. It was just ahead of Via Mardot’s self-titled debut, Molly’s 2019’s EP, “Shine,” and Seth Beck’s latest, “June.”

Pitchfork called Burch’s new album “sparser, lonelier and more patient” than her debut with lyrics that are “loaded with meaning.” PopMatters described it as “woozy dream-pop” that propels “a startling collection of indie-pop gems.”

“The future of live music is looking pretty grim, and it’s really the only way most artists get paid. It’s hard to make plans right now. … Hopefully, tour this record at some point, but keep working on new music in the meantime.”