In a new partnership with Ypsilanti’s Grove Studios, Local Spins today spotlights an emerging singer-songwriter from the east side of the state who performs a live-stream concert at The Ark on Saturday. 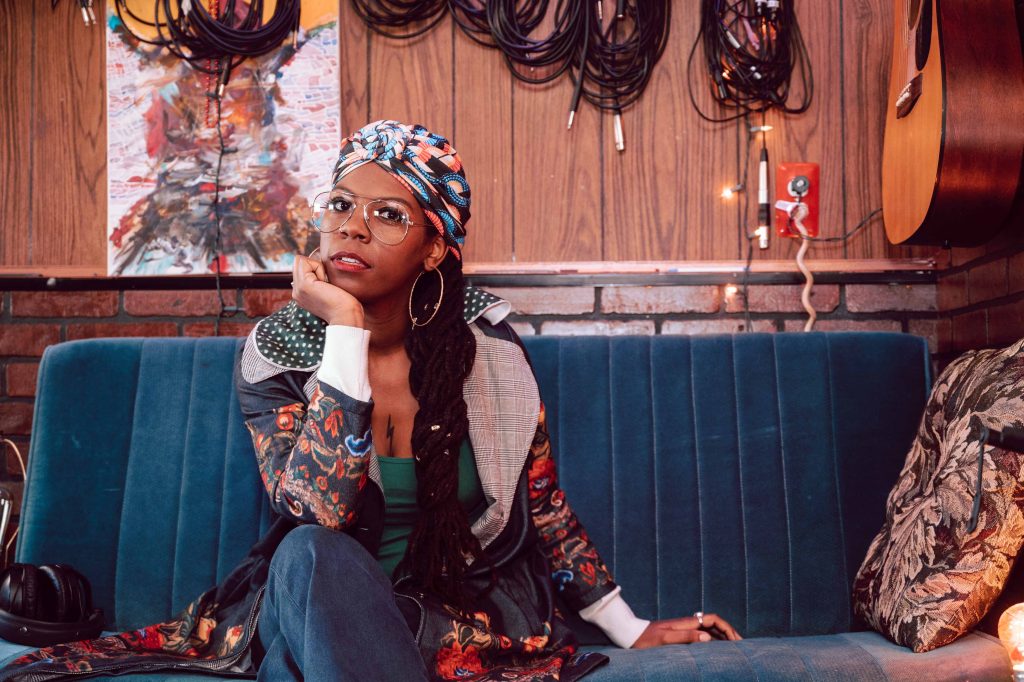 Lifting Everybody Up: Singer Dani Darling plans to release a new EP, ‘The Future,’ later this year. (Courtesy Photo/Kyla McGrath)

EDITOR’S NOTE: Today, Local Spins introduces a new partnership with Ypsilanti’s Grove Studios. Once a month, we’ll showcase a musical artist from the east side of the state courtesy of Grove Studios, which in turn, will share a Local Spins Artist Spotlight on a West Michigan musician or band. It’s an endeavor aimed at bridging the gap between east and west, exposing audiences to artists they might not otherwise embrace. Today, writer Lori Stratton profiles singer-songwriter Dani Darling and a Washtenaw County fellowship program for black artists. (Local Spins, meanwhile, shared its recent feature on Grand Rapids singer Sarena Rae, which you can find here.)

Ann Arbor chanteuse-guitarist Dani Darling had a vision for a new song steeped in ’70s psychedelia.

So on Saturday (May 1), she’ll not only revisit past neo-soul and jazzy favorites but also debut this track wrapped in vintage psychedelia during a ticketed, live-streamed “Amplify Kickback” show at The Ark in Ann Arbor.

“One of the main visions I had for this whole psychedelic ‘70s-type sound was the flute,” said the emerging singer-songwriter.

“That’s a theme that’s throughout the whole project, and the flautist I worked with, James Russell, is going to be at the Kickback. It’s going to be cool to see what he does with some of the old stuff.”

Darling’s virtual performance this weekend also will spotlight her role as a fellow with the Amplify Fellowship, a new creative program for black artists in Washtenaw County.

Launched last fall and sponsored by Grove Studios and Leon Speakers, the fellowship provides three black artists with 40 hours of studio time and engineering and production support for a new project.

Along with her two co-fellows, Ypsilanti R&B vocalist Kenyatta Rashon and Ann Arbor singer-songwriter London Beck, Darling receives funding and assistance with artist development, performance booking and marketing. Each fellow also selects a local nonprofit to support during their eight-month fellowship, which runs from November to June.


“Usually I do everything by myself, so I’m like a one-woman show, but it’s limiting. That’s why up to this point I’ve been lo-fi in my room trying to make it happen by myself,” said Darling, whose music oozes a soulful, magical vibe.

“What’s been a great shift is having resources and the support of people believing in you and your vision, and that actually goes a long way with a creative process. … What’s refreshing about the whole thing is we started out amplifying black voices, but when you do that, you end up incorporating a whole network of people of all kinds of backgrounds, and it helps lift everybody up.”

Darling also plans to lift up a local nonprofit, SafeHouse Center, during her Amplify Kickback show, which will help raise funds for the organization and feature a panel discussion with center development director Deb Kern.

Based in Ann Arbor, SafeHouse Center provides safety, support, advocacy and resources for survivors of sexual assault and domestic violence and their children.

“I’m a divorcee, and they offer all kinds of services for women who have been through domestic violence. I got free counseling and was able to really get back on my feet emotionally,” Darling said.

“Before all of that, I wasn’t doing music at all. … I was able to address some of the trauma in my past and get into a place where I was ready to get out there and spread some positivity.”

THE ‘MAGIC OF SELF-EMPOWERMENT’ AND AN UPCOMING NEW EP

Two “Mage” tracks, the vibrant, mellow “All Stars” and the sensual, hypnotic “S + M,” were named among WDET’s “Best Releases of 2020.” The project also serves as the follow-up to Darling’s 2019 neo-soul and jazzy debut EP, “Nocturne.” 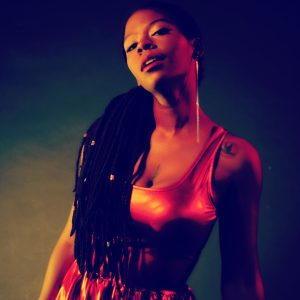 Darling said she initially felt “lost in a place of helplessness” during last year’s quarantine, but realized she could change her own mindset and “start to work on my own healing in terms of all the racial disparity.”

“What I really started to do was to focus on the things that I could change, which was me, and I think that’s where the whole Mage thing was,” she recalled. “It’s that magic of self-empowerment and realizing that you do have power to change your situation to an extent.”

Darling plans to release her third EP, “The Future,” in June. Recorded at Grove Studios and Fundamental Sound Co. as part of the Amplify Fellowship, the project features a timeless psychedelic sound in collaboration with The DayNites’ Tim Blackman (bass), Taylor Greenshields (engineering, drums), Joel Harris (guitar, backup vocals) and other musicians.

“It definitely stretched me as an artist, because if I have more room, time and resources, what do I want to say? … There’s so much more when it comes to arrangements. I really tapped back into some of the stuff that I learned with music education,” said Darling, who will soon release a new single and video from “The Future.”

“The moving parts of producing a live band album were much different, but it’s almost more freeing to have the space to let things breathe, let certain people shine and let the solos speak for themselves. Everyone got a moment and a time to really shine, say their piece and have a part in the conversation.”