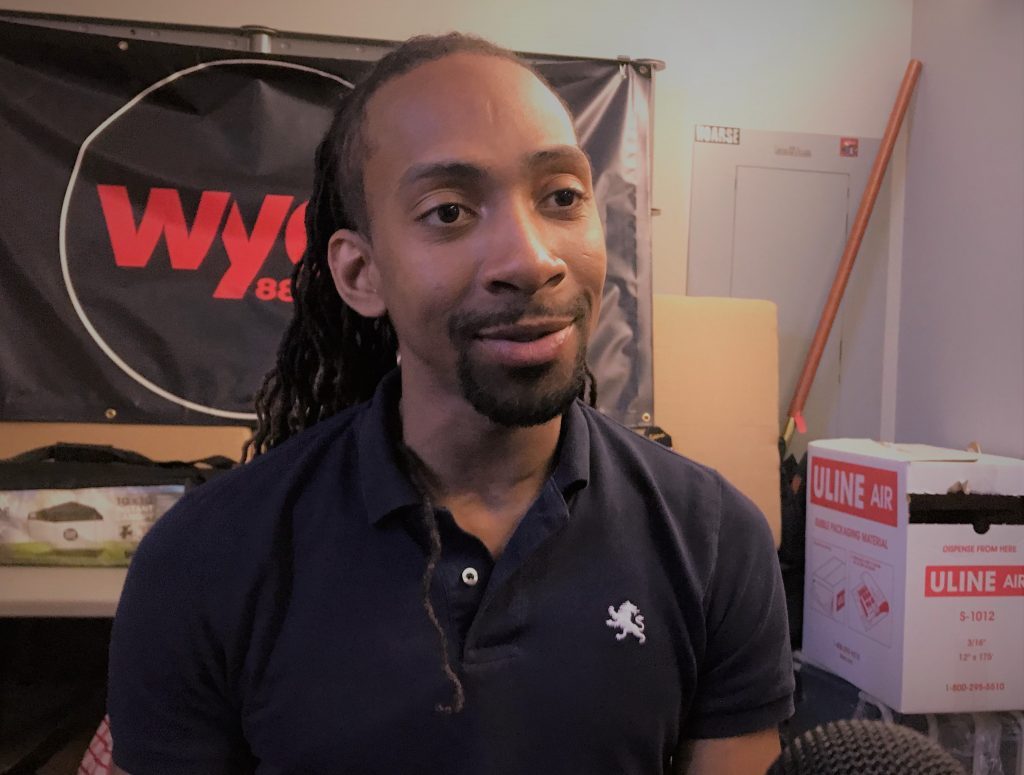 SCROLL DOWN FOR VIDEO AND TO LEAVE A SPEAKPIPE VOICE MESSAGE

Maurice Townsend has basked in the bright lights of Hollywood, living out a lifelong dream.

But the Grand Rapids singer’s Top 15 showing and national television exposure on “American Idol” in 2014 really doesn’t compare with his current labor of love as music director for the New City Kids after-school program, which uses music to bring startling levels of academic success to low-income youths.

He calls it his “dream job.” 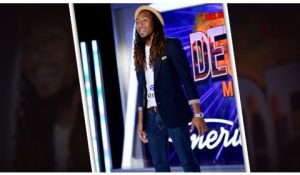 Road to Hollywood: Townsend during his 2014 audition.

“It’s definitely a rewarding job — a job with so much purpose and so much meaning,” said the Grand Rapids singer who concedes that his run on “American Idol” a few years ago was a “beautiful, once-in-a-lifetime experience” that he now uses as an example to inspire dozens of Grand Rapids students, many of whom come from broken homes.

Townsend recently sat down in the studios of WYCE-FM with Local Spins publisher John Sinkevics and Grand Rapids singer-songwriter Ralton Bowles for the latest edition of the RSVP Music Chat to delve into the back story of his time spent in Hollywood on a major television production such as “American Idol” and how he’s now focused on “changing the lives of teens and kids” who learn leadership skills, get college preparation and more via the New City Kids program on the city’s Northwest Side.

“Music is a part of everything we do at New City Kids,” he said. “Music does something to the brain, to the spirit, to the soul. It mends hearts and brings people together from all walks of life.”

Get information about enrollment and learn more about getting involved in the New City Kids program online at newcitykids.org.

Townsend also had advice for fledgling musicians and singers: “Write your goals down, write a road map down on paper. … If you have goals and aspirations, never give up on the dream.”

Have a comment on this podcast or suggestions for a future RSVP Music Chat? Leave a voice message via SpeakPipe below.