The pop-hued rock bands’ West Michigan tour stop on Sunday was a true “Band of Brothers” affair with musicians from each group joining each other on stage to pump up an exuberant Elevation crowd. 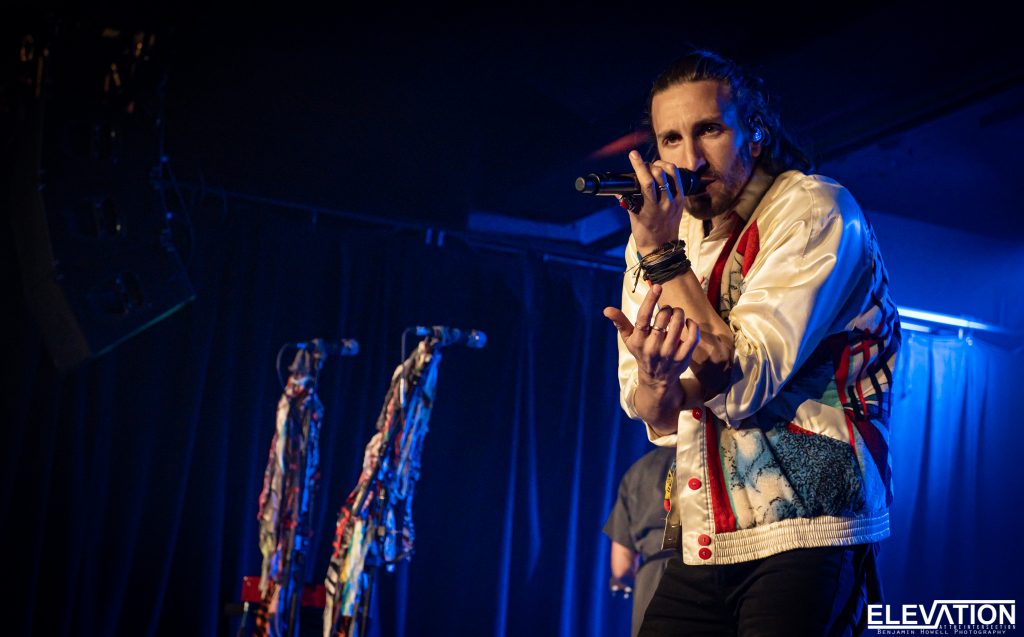 That was certainly the experience of Grand Rapids fans at Elevation inside The Intersection on Sunday night.

It all got started — after an opening set by Cincinnati’s Public — with a game of Plinko. 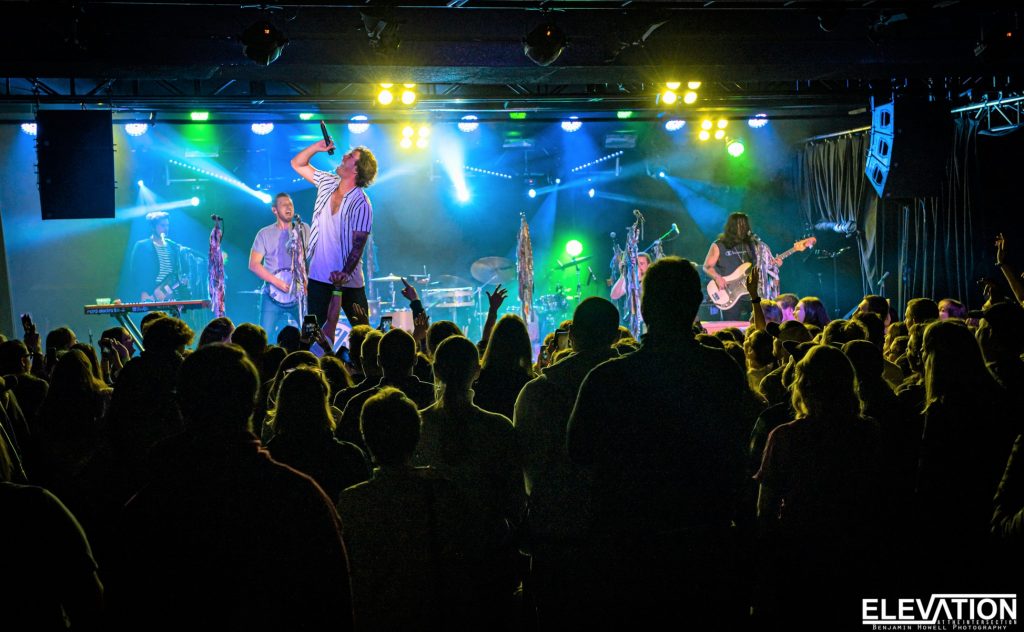 ‘Party Up on the Stage’: American Authors played the first set. (Photo/Benjamin Howell)

That’s how the co-headlining groups determined which band would play first. And on Sunday, that was American Authors, a band formed in 2006 and best known for their 2013 hit, “Best Day of My Life” (featured in various commercials, TV shows, movies, and video games).

For fan Aaron Newman, 23, of Grand Rapids, it was the culmination of years of waiting to see American Authors live.

“They are easy listening, very happy, and how I want the soundtrack of my life to be like,” said Newman, who attended the show with his mom, who was celebrating her birthday.

American Authors certainly set the tone for the night: dancing and jumping with endless crowd interaction.

JOINING EACH OTHER ON STAGE, COVERING SOME CLASSICS

Shortly thereafter, Magic Giant — formed in 2014 and hailed for the 2017 hit single, “Set on Fire” — took over, performing the acoustic ballad, “The Great Divide,” in the middle of the room, holding hands and making connections with everyone on the floor.

The bands went back and forth all night, joining each other on stage. Lead singers Zac Barnett of American Authors and Austin Bisnow of Magic Giant took turns wandering into the crowd and jumping up and down with fans, making the Elevation feel like a small private party with close friends. 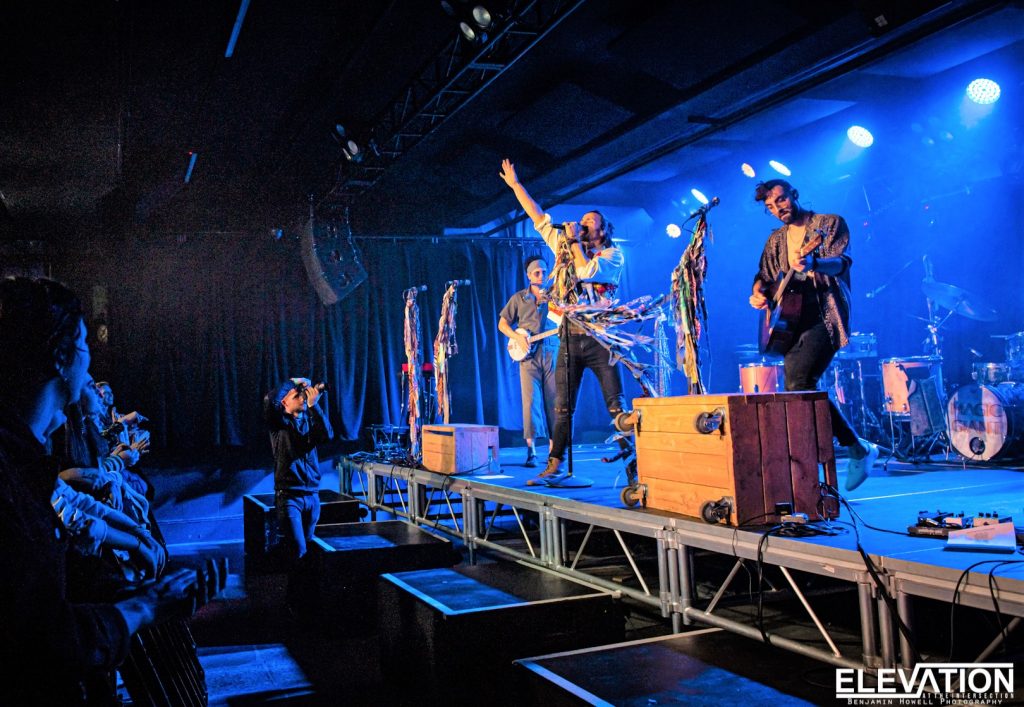 Beloved covers were also thrown into the mix: Both bands took the stage at once for performances of “Cecilia” by Simon & Garfunkel and “What’s Going On” by 4 Non Blondes.

Throughout the 1-1/2-hour show, the crowd’s enthusiasm never ebbed. Lyrics were sung with hands up in the air until the last song, “Best Day of My Life,” as the lead singers took turns on verses with both bands rocking out.

The bands’ musicality also left little to be desired. In particular, Zambricki Li of Magic Giant stood out, flawlessly playing the fiddle, cello, harmonica, mandolin and banjo throughout the night.

Fan Alex Hahn, 29, of Grandville, came to see American Authors on Sunday but was pleasantly surprised to find that the show had much more in store.

“I thought it was awesome how they blended the show together between both bands, it was a frickin’ party up on the stage,” he said.

That uplifting, exhilarating party with these bands of brothers made for a perfect — and personal — end to the weekend. 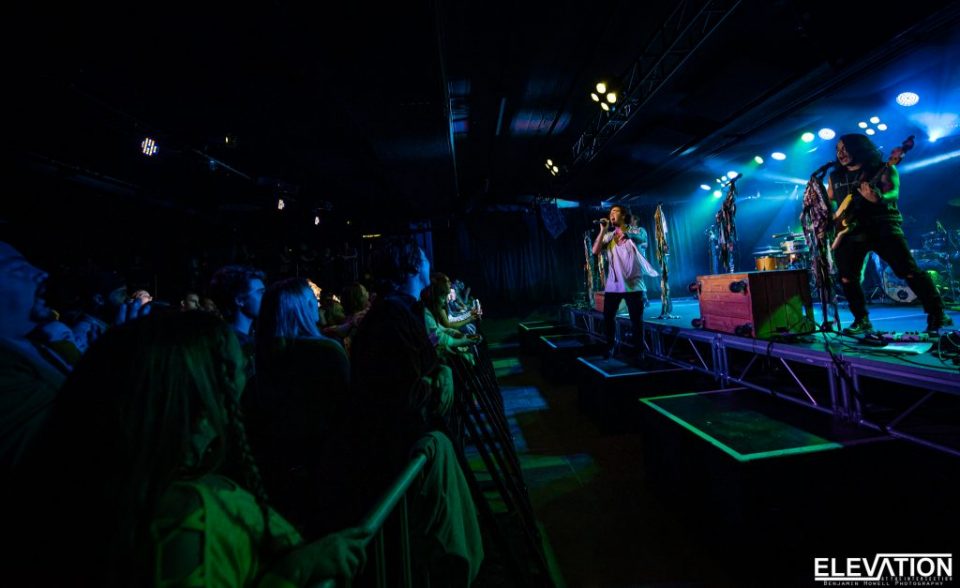 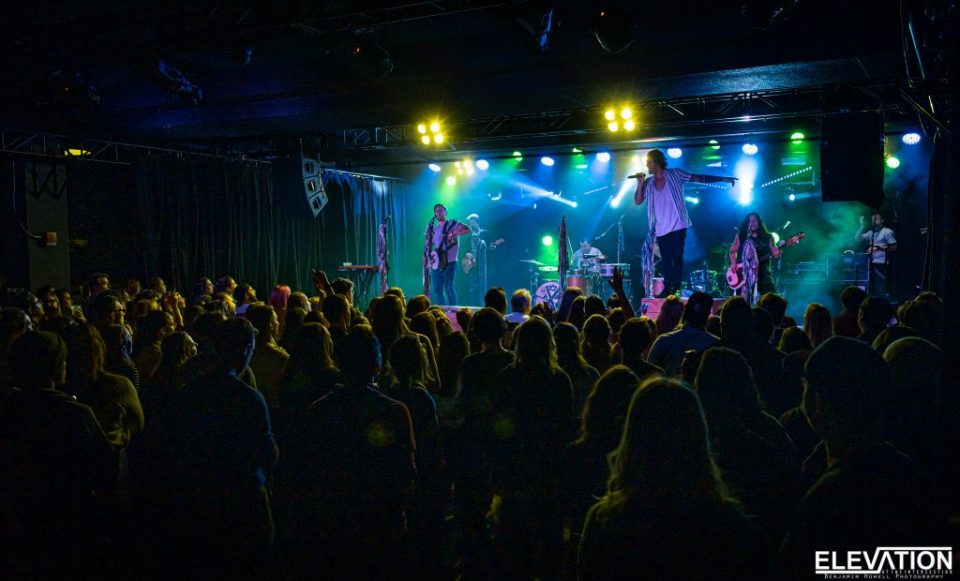 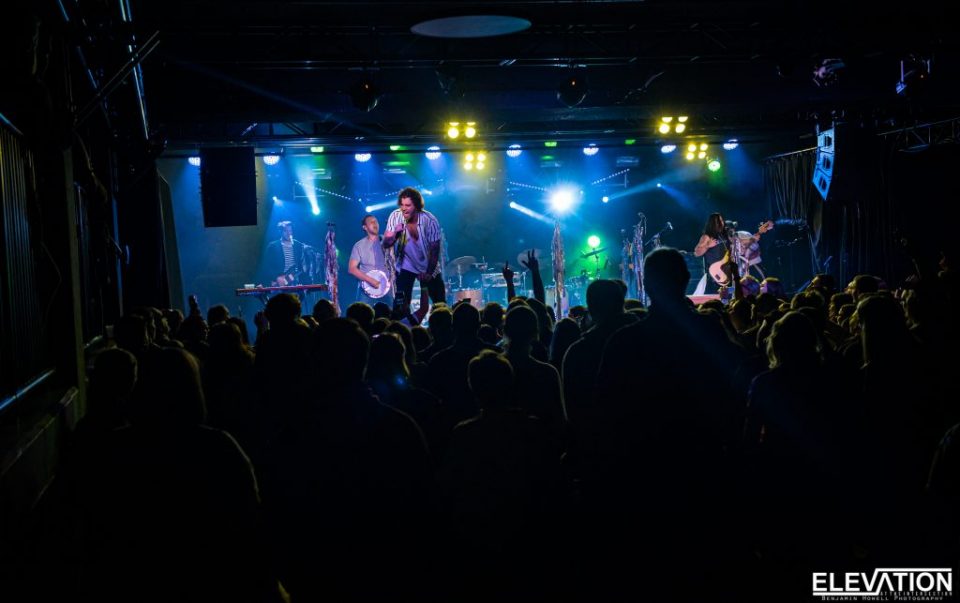 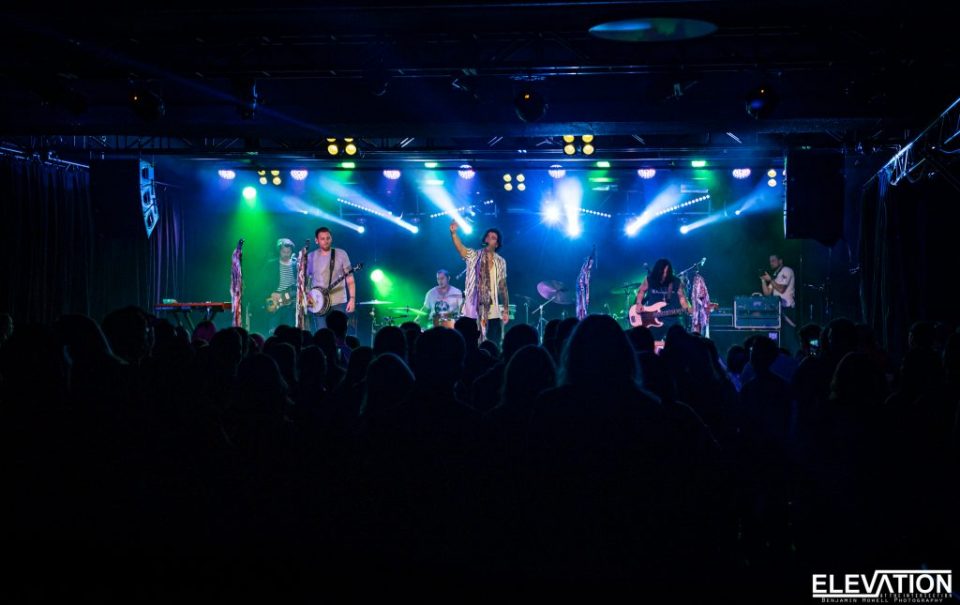 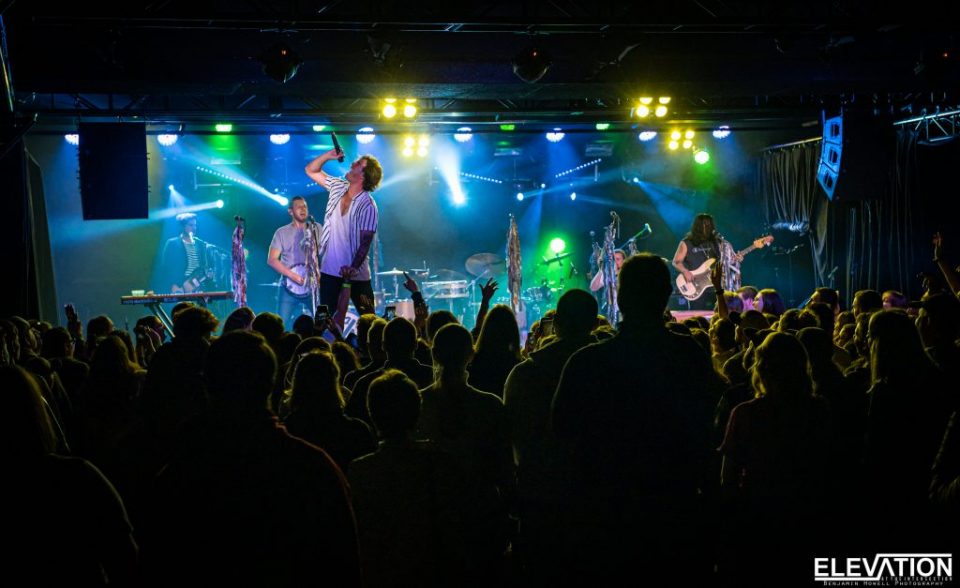 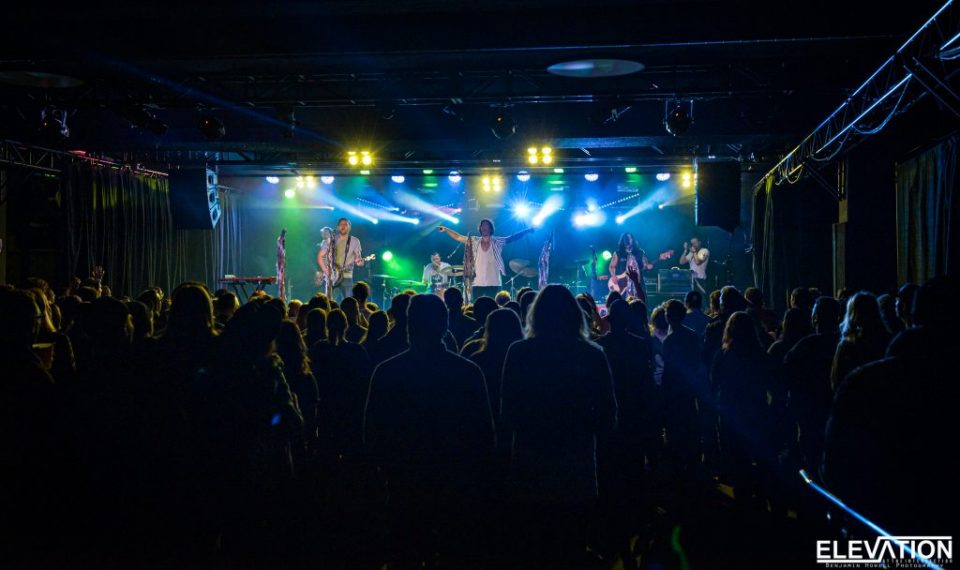 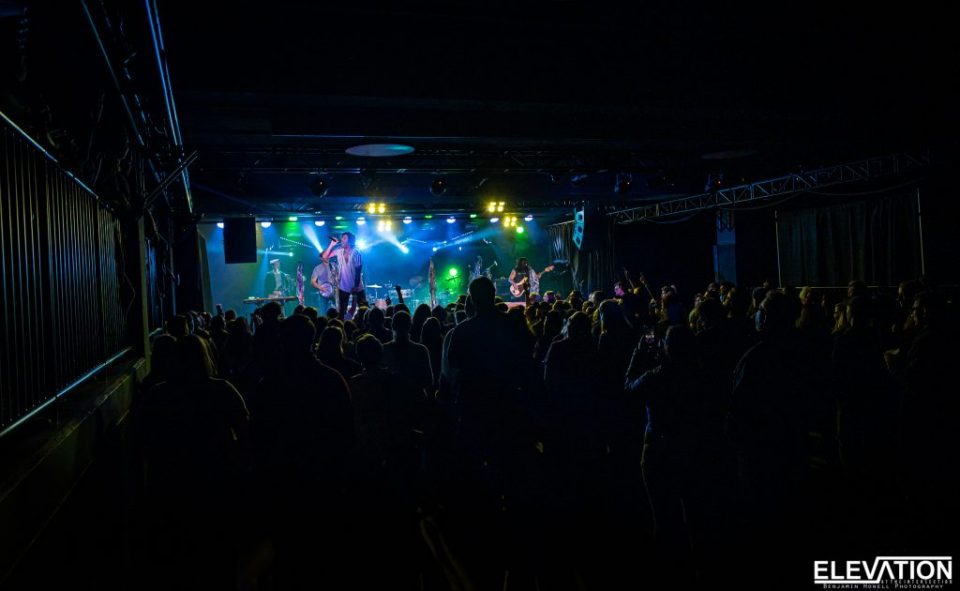 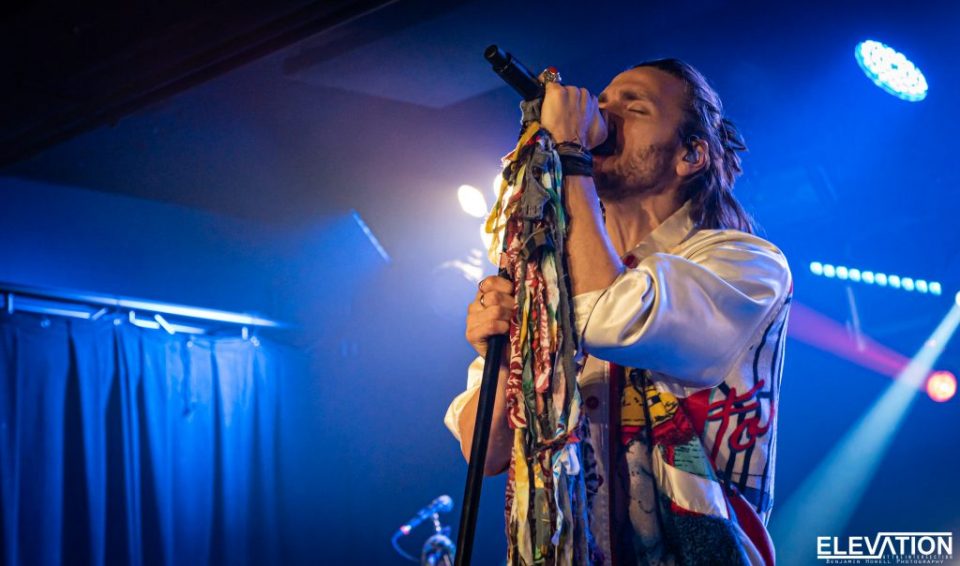 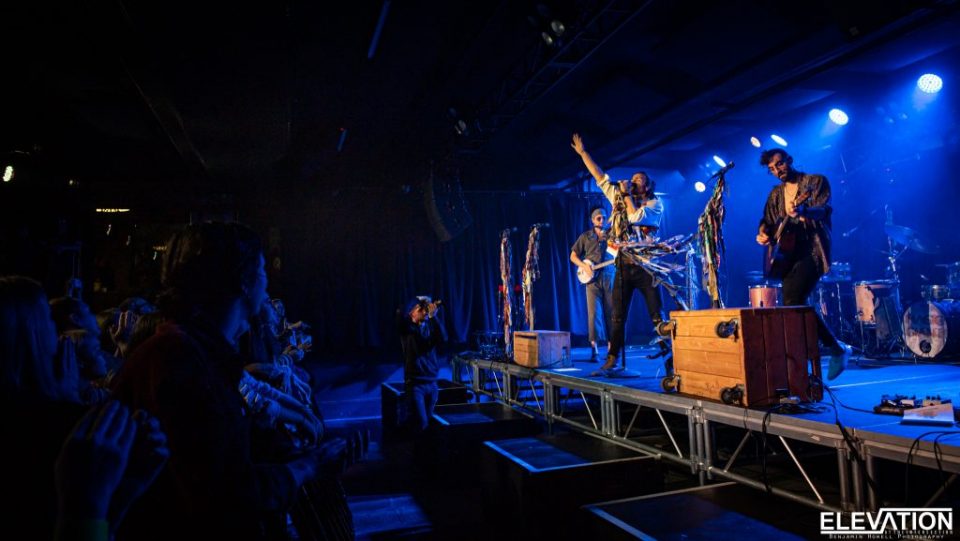 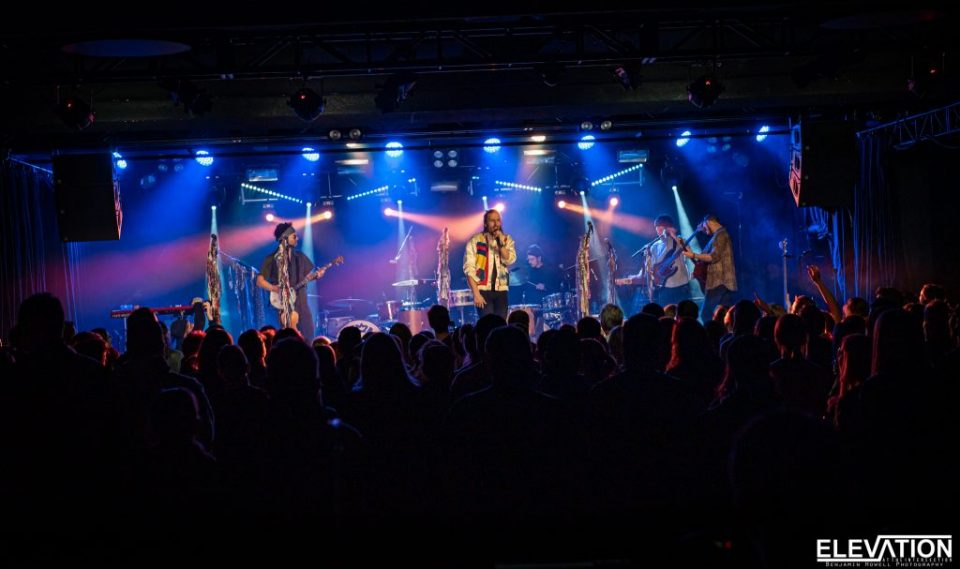 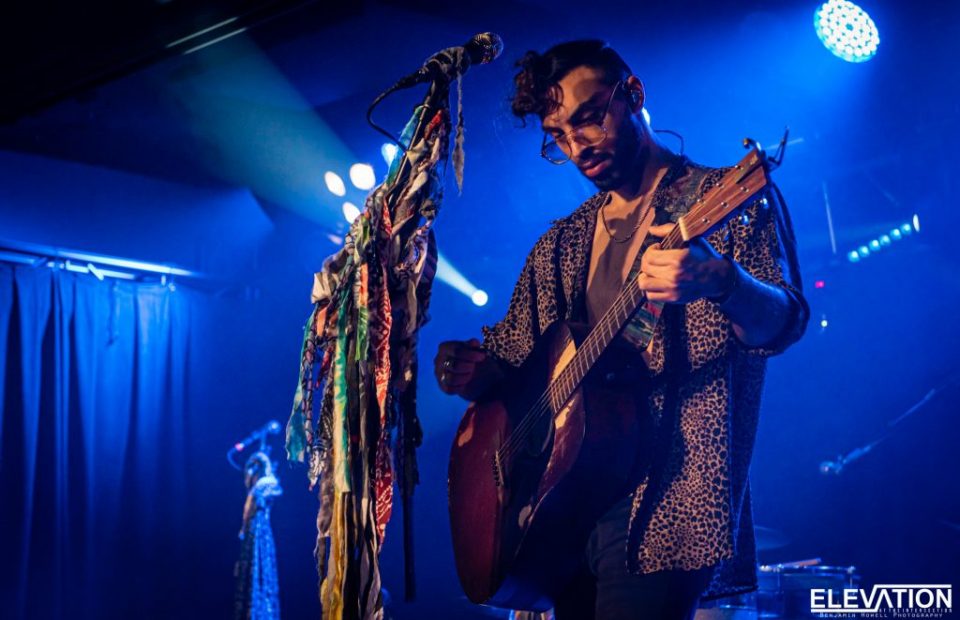 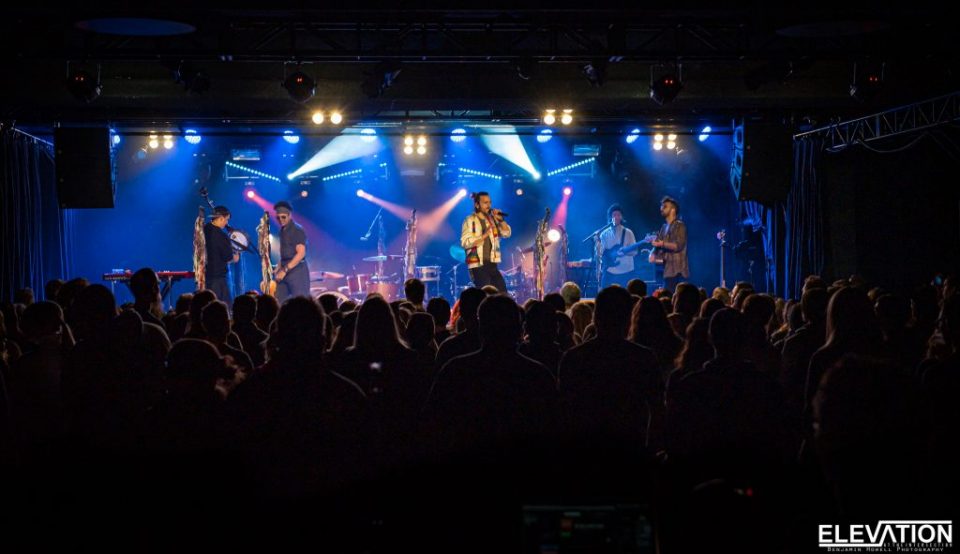 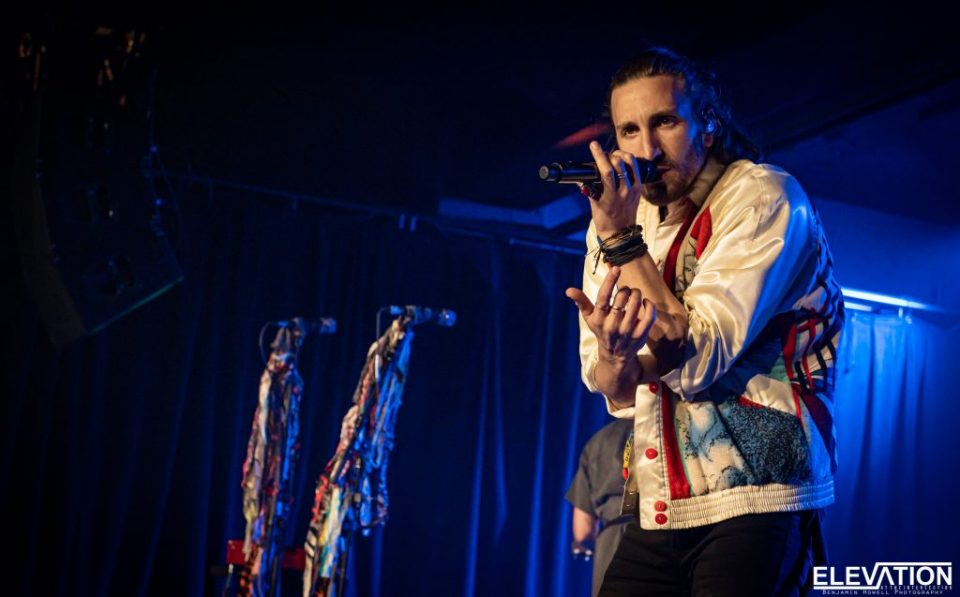 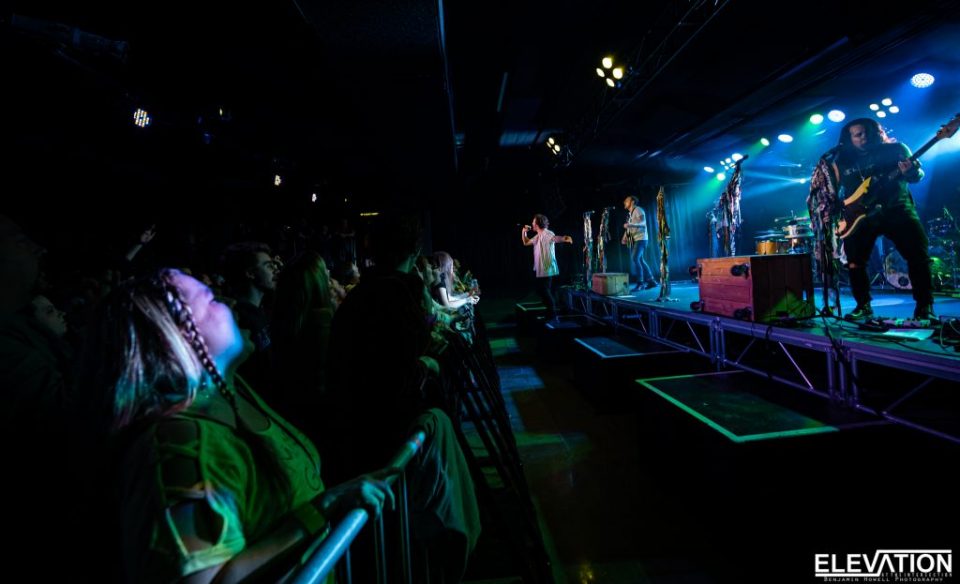 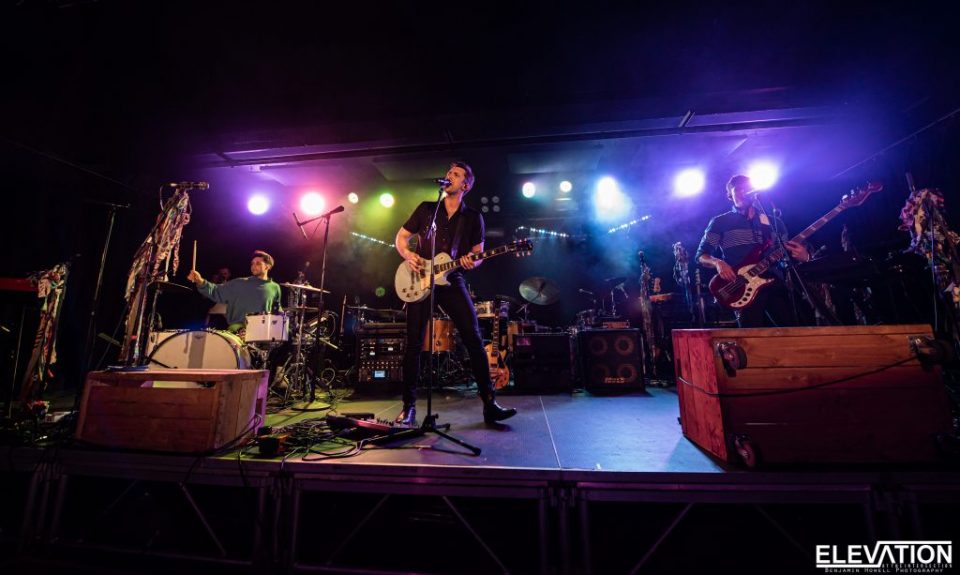 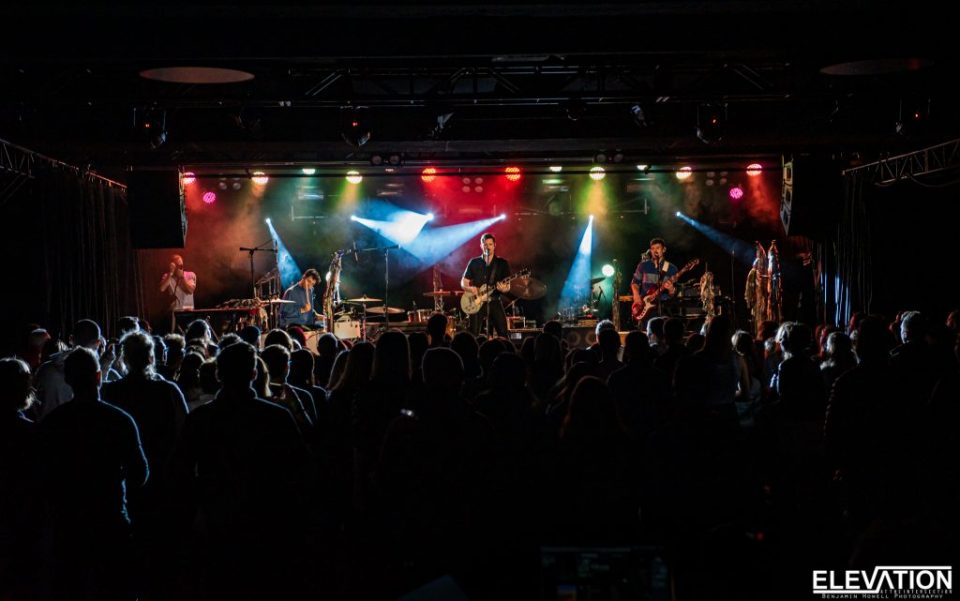 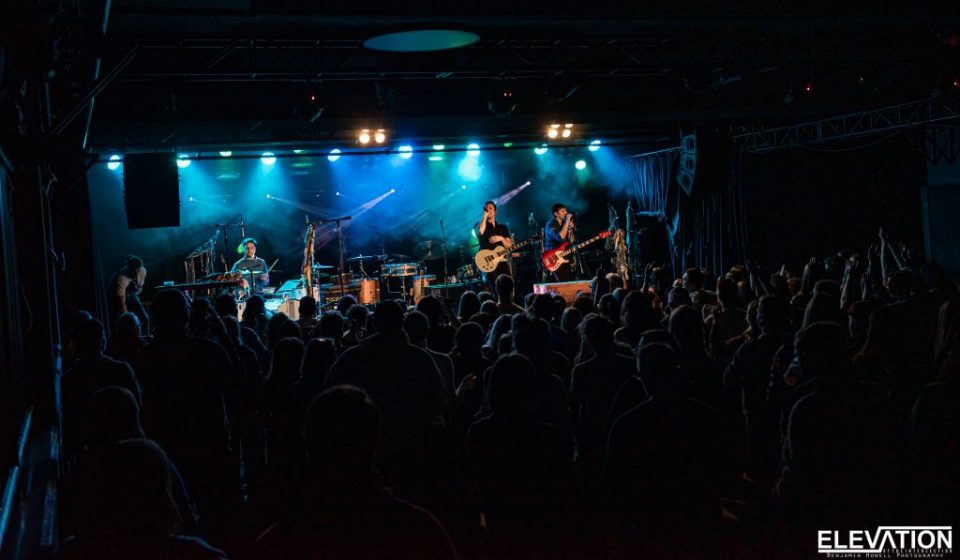