Local Spins presents another December roundup of new releases by Michigan artists — from rock to Americana to blues and more — with audio samples from all of them. 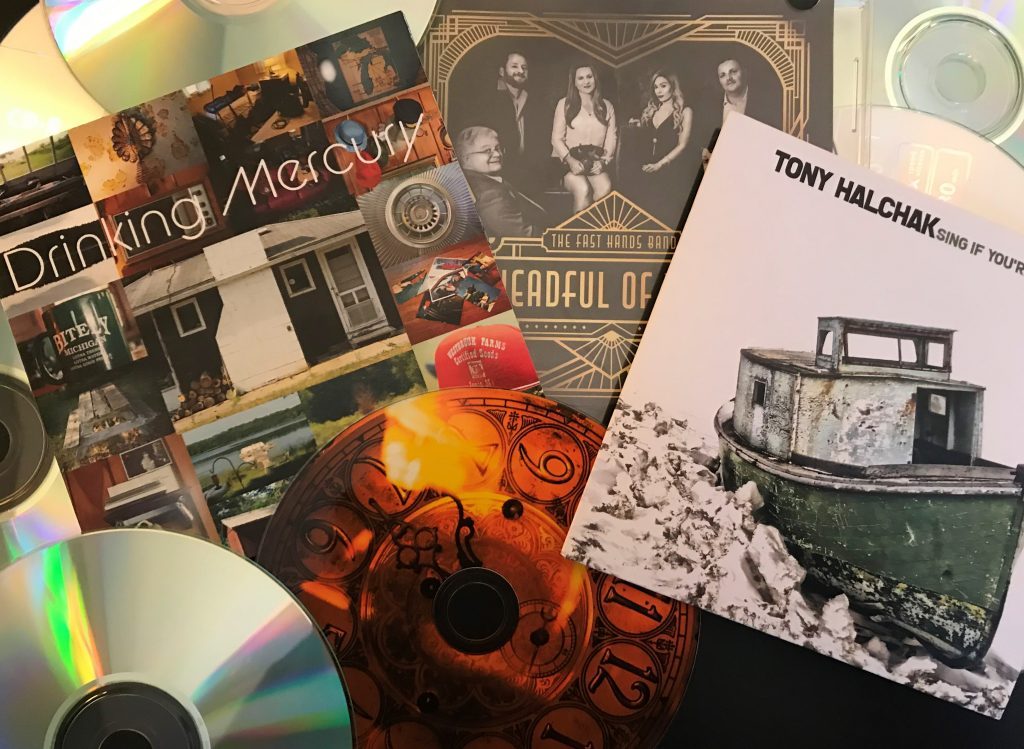 This mid-December roundup of new local and regional releases boasts some real gems — recordings that have flown a bit under the radar.

Check out the reviews here and listen to audio samples from each of the featured albums. 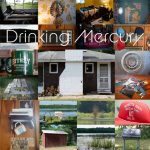 What Stands Out: Delving into the delectable rock amid the nooks and crannies of this self-titled release by Drinking Mercury is like finding some hidden classic from decades past – a collector’s item squirreled away in a dusty record bin. But this is actually bewitching new stuff from this band hailing from Lansing, Ionia and Grand Rapids, and as such, it deserves to go straight to the top of your Michigan playlist. It’s enthralling from start to finish, 12 tracks packed with so much wondrous indie-rock – from the punchy to the dreamy to the folky – that it’s hard to wrap your fingers and ears around all of it as you explore it track by surprising track.
Digging Deeper: “All In,” “Hypocrite Collector,” “Delightfully Lonely,” “Stay Home” and other tracks benefit from déjà vu vocals and harmonies born in the 1960s and reimagined for the New Millennium. And to think most of this gem of an album was recorded at a cottage in little Bitely, Mich. (and mixed by band member Tommy McCord at GTG House).
Perfect For: The listener who’s seeking the perfect balance between retro-rock, a psychedelic milieu and pop sensibility.
Website: https://gtgrecords.net/
Upcoming Shows: Jan.25 at Rockford Brewing in Rockford
Listen: “Salted Sea” 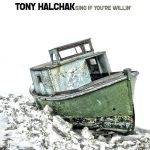 What Stands Out: Rockford singer-songwriter Tony Halchak writes from experience and sings from the heart, creating what he calls “character stories” with his music – riveting examples of his “dusty blue-collar Americana.” His latest album is an undeniably powerful collection reflecting “the struggles and triumphs, and ultimately, the stories that make us who we are and connect us no matter where we are from.” Produced by Halchak and Bret Alexander, with mastering by Paul Smith, the eight songs unfold in melancholy-yet-uplifting fashion. Standout tracks include “Fairytale Love,” “Things Are Looking Up,” “Mumbleweeds” and “Clap Hands,” a Tom Waits cover which would be my pick for his national breakout track.
Digging Deeper: The album ends with a languorous, poignant rendition of Bobby McFerrin’s “Don’t Worry Be Happy,” with Halchak giving his own personal, sobering stamp to this classic. And if you really want to experience the full power of this arrangement, check out his video for the song on YouTube.
Perfect For: Fans of Sturgill Simpson, Glen Hansard and “Nebraska”-fueled Bruce Springsteen
Website: https://tonyhalchak.com/home
Upcoming Shows: Jan. 19 at Cedar Springs Brewing in Cedar Springs; Jan. 31 at Grand Traverse Distilling Co. in Traverse City
Listen: “Mumbleweeds” 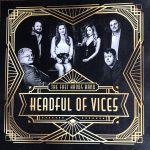 What Stands Out: The opening track, “Whiskey Water Deep,” reflects the best of what this Grand Rapids band offers – a rousing, vocally fetching take on the blues. Indeed, the voices of Alicia Scott and Toni Sperlbaum add the right gospel-inflected soulfulness throughout the five-song debut EP, which officially gets released on Jan. 10.
Digging Deeper: Andrew VerLee’s guitar accents and leads enhance every track, “Sleepwalking” is an upbeat gem from keyboardist/songwriter Aaron Humphrey and the closing track, “Next Page,” is a swampy, dusky charmer. (The track “Regrettable Blues” has an odd sonic quality, kind of like a live recording which doesn’t push the vocals out front as much as the horn-filled song deserves.)
Perfect For: The blues fan who appreciates a genre-melding twist.
Website: https://www.facebook.com/pg/fasthandsband/
Upcoming Shows: Jan. 10 at Billy’s Lounge in Grand Rapids (album-release show)
Listen: “Whiskey Water Deep” 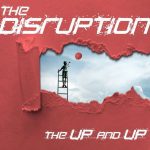 The Disruption
“The Up and Up”

What Stands Out: This energetic first release from the Kalamazoo-based rock trio blasts off with a catchy guitar hook, a pop-punk drum beat, and punchy vocals that promise to cause trouble … and then deliver. The Disruption has an up-front rock sound that keeps on driving throughout the album with a few tender moments mixed in to give listeners a second to breathe. The title track, “The Up and Up,” highlights frontman/guitarist Justin Hutchinson’s powerful vocals, complemented by a classic bass-guitar breakdowns and background vocals that hearken back to the pinnacle of early 2000s pop-punk. The guitar work shines throughout the album with frenetic power chords, punctuated by more technical riffs rooted in hard rock and metal.
Digging Deeper: The trio’s status as veteran stage musicians comes through in this album with a tight and polished rock sound that delivers exactly what you’d expect. Given their dynamic backgrounds as musicians, listeners might wonder if the band has a bit more to offer in terms of musical dynamics as they stay primarily in the standard guitar-rock format. Lyrically, the themes of the album center on breakups, discontent and dating – all standard fare for the genre. There are a few moments in the album that take on a more pensive and reflective tone — “Eight Words” and the intro to “You Are Alone Now.” But the band doesn’t stay in delicate territory for long, and quickly returns back to its signature, in-your-face sound.
Perfect For: Fans of The Offspring, Avenged Sevenfold and Blink 182 looking to revisit rock music from the early 2000s. Listen to this one if you find yourself at a sports bar drinking light beer after you broke up with your girlfriend and you’re ready to get back in the game. – Jamie Brackman
Website: https://www.thedisruptionmusic.com/
Listen: “The Up and Up” 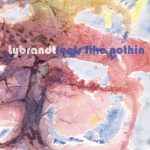 What Stands Out: There’s a lot to say about this thoughtful and dynamic first album from solo artist Brian Leibrandt. Listeners will appreciate lush textures and top-notch production quality which highlights Lybrant’s sophisticated instrumentation and a stylistic vocal approach throughout. Lybrant pulls from a deep well of talent and emotion on “Feels Like Nothin,” which was produced by Joshua James in American Fork, Utah, and mastered by TW Walsh. What stands out the most is the reflective depth and attention to detail present in the orchestration of each track – from tender keys to catchy brass the album has consistent attention to detail and nuance throughout. The album’s title track is particularly powerful and not to be missed.
Digging Deeper: “Feels Like Nothin” seems to be a deep exploration of an artist grappling with existential questions about religion, fatherhood, love and death. The opening track grabs listeners with the lyrical hoo, “Who are you to damn my soul with your religion of convenience.” Lyrically, this first track sets the tone for what is an honest and emotional work. “Sorry” is the only song that seems to go off the rails a bit, playing with a rock surfer indie vibe that seems out of place, but even here, the album holds together thematically.
Perfect For: Fans of The Shins, Beck, Bright Eyes and Neutral Milk Hotel looking for the next obscure album to buy on vinyl so they can know it’s great before anybody else does. Listen through this one if you’re sitting at home drinking a hot beverage and working on some art while contemplating the beauty and contradictions of existence. – Jamie Brackman
Website: https://lybrandt.bandcamp.com/releases
Listen: “Feels Like Nothin”