Kicking off Friday with a concert by The Accidentals, the festival follows this on Saturday with 46 Michigan performers playing various stages and vying for a $3,000 prize. 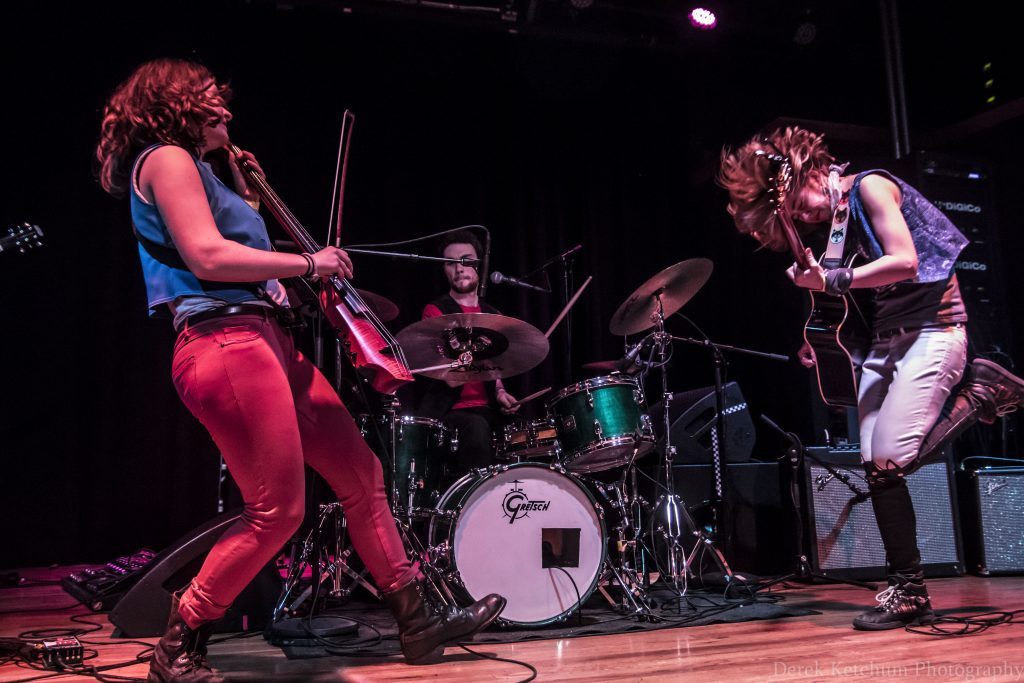 Kicking It Off: The Accidentals will play The Quad at Albion College on Friday evening. (Photo/Derek Ketchum)

Although Grand Haven’s Walk the Beat took a hiatus in 2018, Albion’s version of the music festival returns this weekend with a special kickoff concert on Friday starring Traverse City’s The Accidentals.

On Saturday, 46 bands and solo acts from across the region will play stages across the city from 2 p.m. to 6 p.m., with music lovers strolling from venue to venue to vote for their favorite performers. The winner collecting the most votes will take home a grand prize valued at more than $3,000. 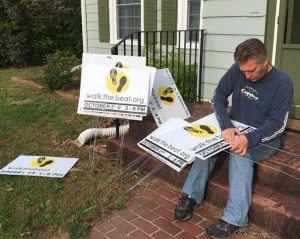 Making Preparations: Cliff Harris getting ready for this weekend’s Walk the Beat in Albion.

“The event is the culmination of 12 months of tireless effort by a dozen people and we are psyched,” said Cliff Harris, director of Albion’s 2018 Walk the Beat Festival.

“Our sponsors, venues, and musicians have been amazingly supportive. It will be like Disneyland: You won’t be able to do it all!”

Walk the Beat was founded in Grand Haven several years ago, raising money to help provide instruments and opportunities to young musicians. Organizers decided to skip the Grand Haven festival in 2018 and stage a one-day concert instead, but have vowed to return with a full-fledged Walk the Beat affair in 2019.

Albion, meanwhile, is hosting its spinoff rendition of the festival for the third year and will hold its first-ever “Albion College Homecoming Kickoff Concert” starring nationally renowned, indie-alt-folk trio The Accidentals at 7 p.m. Friday, with Airtight opening the free show. Sponsored by the Greater Albion Chamber of Commerce and Visitors Bureau, the concert will take place on The Quad at Albion College.

The following afternoon, 46 acts – including Kevin B. Klein, Big Trouble, Chris Canas Band, Michelle Held, Ed Englerth, Spike the Media, Tyler Roy, Walk the Beat founder Dave Palmer & His Only Friends and many more – will play various stages on the Albion College campus and across the city.

Festival attendees can vote for their favorite bands via text, with the “best band” grand prize winner earning 40 hours of studio recording time. Organizers and volunteers also are selling raffle tickets for the event, raising money to further musical opportunities and advance education, including direct support for Albion’s Big Read and the 4H Program for Creative and Expressive Arts.

In addition to these Albion-based causes, Walk the Beat – the festival’s namesake and parent non-profit – is dedicated to donating musical instruments and providing music lessons to children across the region and beyond.

Get more information about Albion’s Walk the Beat – along with a map of Saturday’s performance locations – online at walkthebeat.org/albion.