The most-played local tracks on WYCE in December came from a fresh batch of artists who also show up among nominees for Jammie Awards for the year’s best regional music. View the chart and nominees. 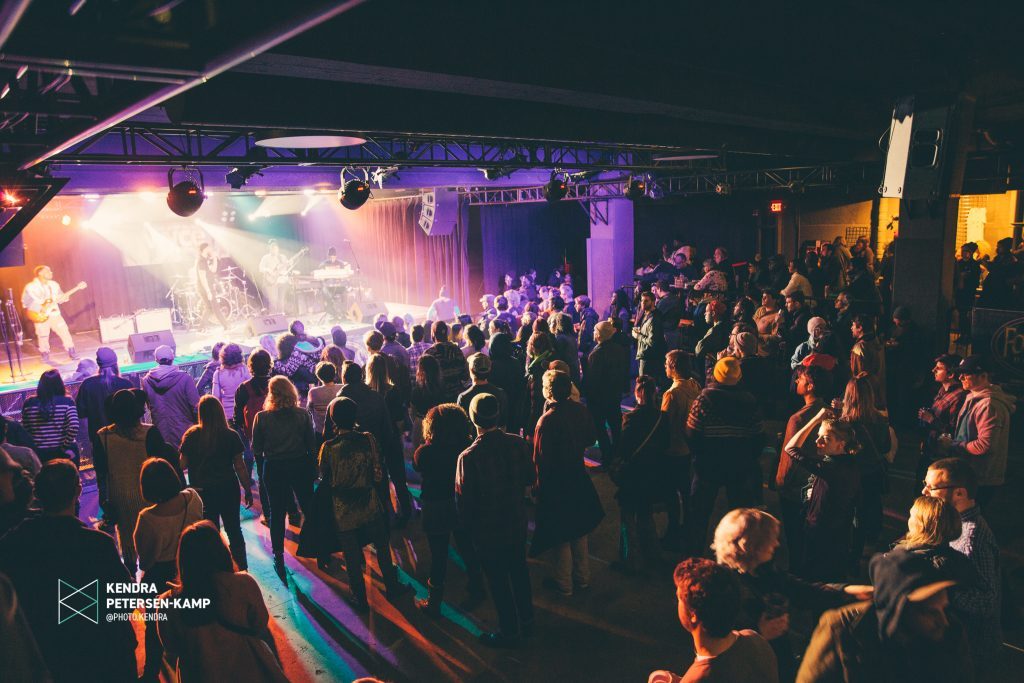 Countdown to the Jammies: Nominations for the 2020 event have been announced. (Photo/Kendra Petersen-Kamp)

December’s Hot Top 5 Chart of the most-played albums by regional artists at WYCE-FM proved to be a perfect segue into the radio station’s announcement of nominations for the 2020 Jammie Awards being presented at The Intersection on Feb. 14.

Not only were all five albums brand new to the Hot Top 5, but all are nominated for awards, with three of them — The Fast Hands Band, PHABIES and Laurel Premo — vying for the coveted “Best Album by a New Artist” honors. 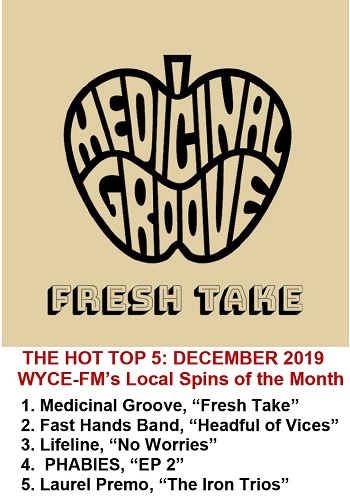 All five albums make their first appearance on the Hot Top 5 Chart.

That new artist category features 21 nominees; check out the full list of artists and albums below.

Topping the Hot Top 5 Chart for 2019’s final month was Traverse City funk band Medicinal Groove with “Fresh Take,” its first studio album since 2014. That recording is nominated for best rock/pop album of the year, along with 19 other artists, including high-profile artists such as The Accidentals, Ultraviolet Hippopotamus and Desmond Jones.

Check out the Local Spins review of the Medicinal Groove album.

Singer-keyboardist Jimmy Olson, drummer Chris Burgess, singer-guitarist Matt McAlpin and bassist Jordan Moeggenberg say Medicinal Groove’s latest project reflects “an up-to-date, refined version” of the band with a return to the original four-member lineup of the group that formed back in 2011. The band plays The Livery in Benton Harbor on Friday. Details here.

Also making its debut on the Hot Top 5 — with its debut album — is Grand Rapids’ The Fast Hands Band, whose “Headful of Vices” came in at No. 2 on the chart and is nominated for best blues/soul album along with its entry in the new artist category.

Grand Rapids dream pop and “pholk” band PHABIES debuted at No. 4 on the December chart with its “EP 2,” which ended up in the best contemporary folk category with the likes of veteran artists May Erlewine and Joshua Davis, as well as Beth Bombara, Borr McFerrin, Kaitlyn Zittel, Rachel Curtis, The Celeste Allison Trio and Tony Halchak.

Red Tail Ring, with Premo, mount a tour of California later this month, followed by dates in the Pacific Northwest.

All five of the albums on the December chart are nominated for album of the year, with PHABIES’ “Spacecraft Satellite” also up for song of the year.

See the full list of WYCE Jammie Award nominations online here, including the 88 albums nominated for album of the year.

Listeners can vote for best album by a new artist and album of the year at grcmc.org.

The Jammie Awards show on Feb. 14 will take over all of the venues inside The Intersection nightclub, with 22 nominees performing on three different stages.