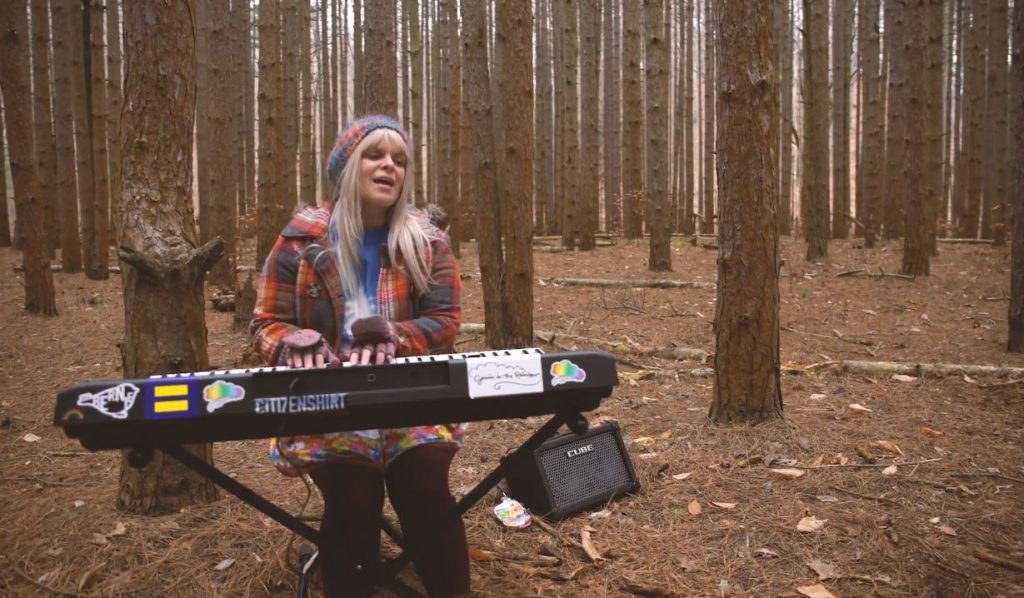 Feeling Hopeful: Jessica in the Rainbow in the woods in her new video.

Grand Haven’s Jessica in the Rainbow, aka Jessica Fogle, casts a unique glow with her music – an ethereal and cosmically fetching style of piano-propelled folk-pop.

So it’s no surprise that her first official video, “History Lesson,” would capture that dreamy vibe perfectly while reveling in West Michigan’s natural beauty. 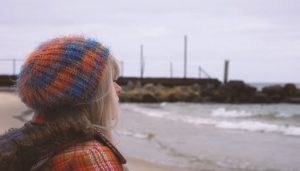 West Michigan Backdrop: The video was filmed in several locations in Muskegon and Grand Haven.

The video of the melancholy song from Jessica in the Rainbow’s 2014 album, “Catalysts,” was released earlier this month but actually was filmed in October and December 2016, with completion and editing squeezed “in around all of our ever-changing schedules and priorities,” Fogle said of the crew that worked on the project.

“I suppose History Lesson has sort of become my favorite song from that album,” Fogle said.

“I feel like the lyrics here hold the truest to who I still am. The message feels bleak perhaps to anyone who doesn’t know me, but people close to me know I’m obsessed with light and healing and hope … and I see it in the cracks of almost everything – all the darkest pain and trauma and sorrow and sad political situations. So somehow the ideas in this song actually help me feel more hopeful, in a way.” 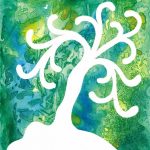 Jessica in the Rainbow, “Catalysts”

Filming took place over two days in a “decaying building” in Muskegon, with exterior shots at Rosy Mound Natural Area south of Grand Haven and at Lake Harbor Park in Muskegon.

The song was written and performed by Jessica in the Rainbow, with harmony vocals from Maddie Jackson and Daphne Jackson; it was engineered, mixed and mastered by Ian Gorman. The video was directed by Caleb Gordon-Kilgore with cinematography by Jonathan Clark and art direction by Rachel Resterhouse.

Fogle, who’s also part of the band cloudlight, has been participating in a “365-day songwriting challenge,” in which she shares a new song every day – something that ends on Feb. 12 before she starts yet another challenge in April.

Jessica in the Rainbow will play a house concert on Jan. 12th with Breathe Owl Breathe at Fogle’s home “in the clouds” – details online here – and at Holland’s Park Theatre on March 6. Cloudlight performs Jan. 13 at Unruly Brewing in Muskegon with Moses & Whittier, and Jan. 19 at The Pyramid Scheme as part of Local Showcase No. 20 (with Jes Kramer, Van Lente and Frankie & Myrrh). 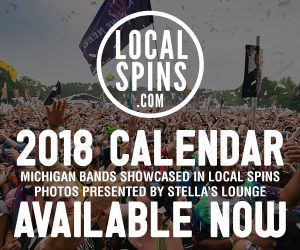 Some of the year’s best concert photos of Michigan bands, plus 2018 Michigan music festival dates.

All in the 2018 Local Spins Calendar available now online here in the Local Spins gift shop.

Show support for West Michigan’s music scene and order yours now. A portion of sales proceeds will be donated to Access of West Michigan and its anti-poverty programs.