The Albion duo of Michael and Tanya Trotter has impressed critics with its new album, which led the way on a chart that also featured four more new entries, including Peace to Mateo and Joshua Davis. 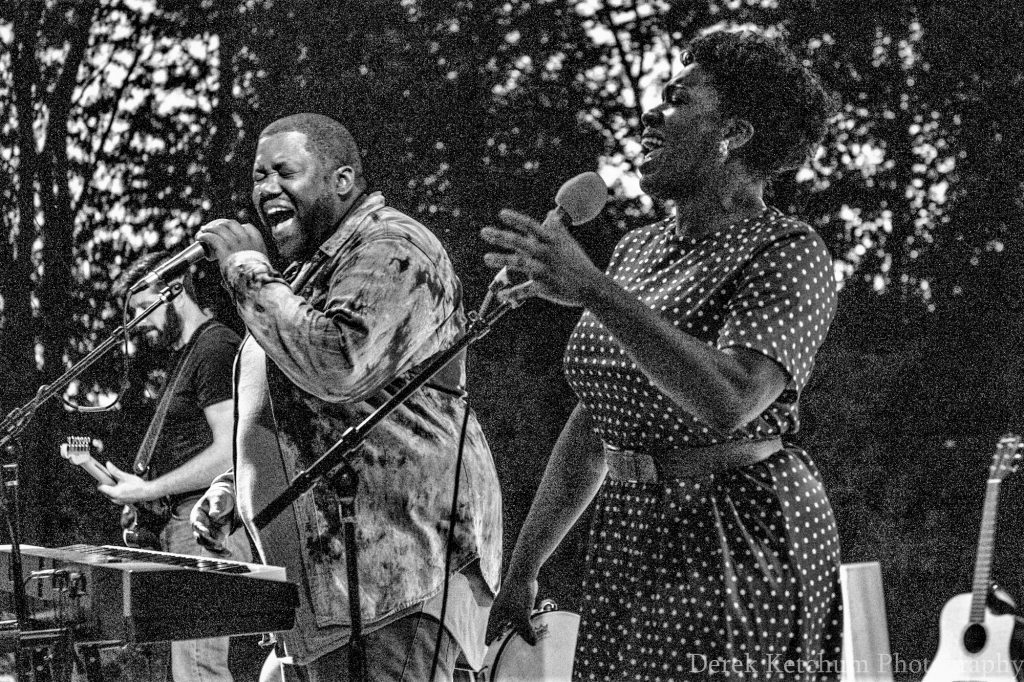 SCROLL DOWN TO LISTEN TO SONGS FROM ALL FIVE ALBUMS 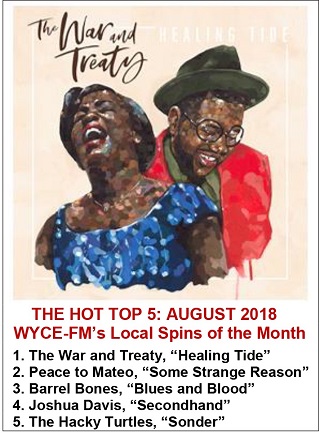 American Songwriter raved that it’s “nothing less than inspirational” with a “beaming outpouring of positivity and joyous approach to life and love” that “encourages togetherness in these troubled times.”

Suffice to say, Michigan’s The War and Treaty has captured the hearts of national media outlets – not to mention pretty much every fan who has seen the exuberant, Albion-based duo of Michael and Tanya Trotter perform live.

So it’s no surprise that their brand new, Nashville-fueled studio album, “Healing Tide,” would also jump straight to the top of the Hot Top 5 for August – the regional release that earned the most airplay at WYCE (88.1 FM) last month.

The duo is crisscrossing the country in support of the new release, with shows this month in Las Vegas, Atlanta, Los Angeles, New York and a return to the AmericanaFest in Nashville, where they first made a big splash last fall. In early November, they’ll play two straight nights at The Ark in Ann Arbor. (Read more about The War and Treaty and the new album in this Local Spins feature.)

Listen to songs from all five releases via the Local Spins Top playlist at Spotify below.