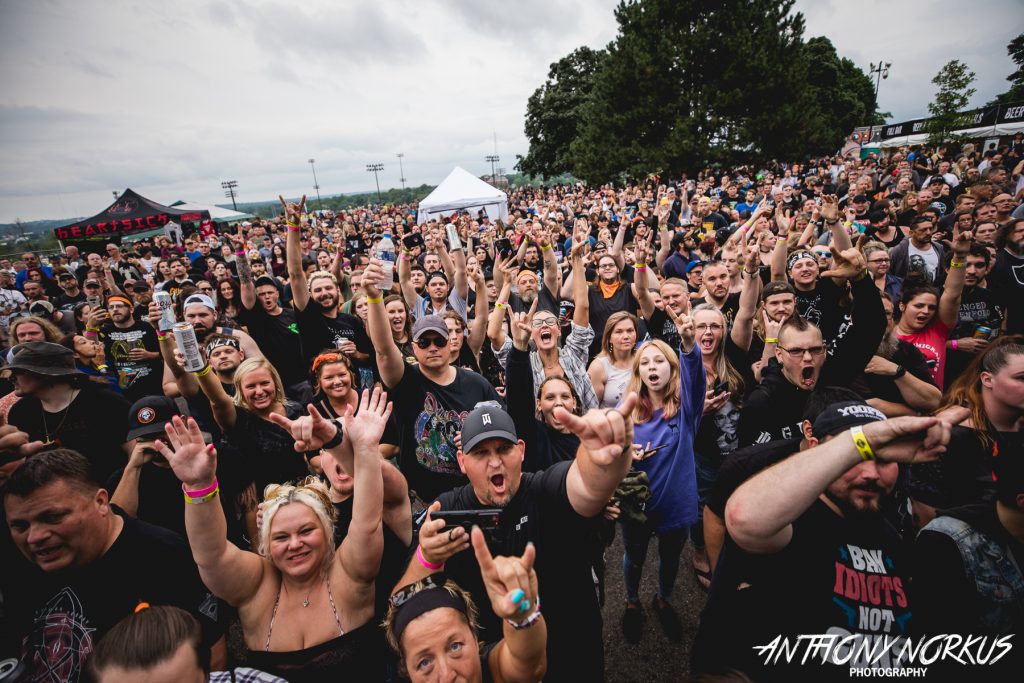 Head-Banging Heaven: The crowd at the 2021 Upheaval Festival. (Photo/Anthony Norkus)

The hard-rocking, metal-propelled Upheaval Festival will return for the second year to Grand Rapids’ Belknap Park in mid-July with Breaking Benjamin, Disturbed, Mudvayne, Three Days Grace, Nothing More and Theory.

Scheduled for July 15-16, the 2022 edition of the music festival will also feature a hefty roster of other popular acts playing two stages, including Avatar, Starset, Ayron Jones, Hatebreed, Escape the Fate, Butcher Babies, Nita Strauss, All Good Things, Fire from the Gods, The Warning, Ded, Oxymorrons, Dark Heavens and Heartsick.

General admission tickets — $65 for one day, $119 for two days – are available online here. Also on Saturday, mid-Michigan’s own prog-metal, post-hardcore heroes Heartsick will appear at Upheaval for the second year in a row.

“So stoked to be on it again this year,” lead singer Alfonso Civile told Local Spins. “Last year was absolutely amazing. Beyond thankful that we were able to get back on this year.”

The Lansing band’s return to Upheaval comes as Heartsick plans release of a new seven-song EP in 2022.

On the other end of the musical spectrum, the 50th annual Charlotte Bluegrass Festival will bring genre favorites such as Special Consensus, Authentic Unlimited, The Cleverlys, Sideline and many more to Eaton County Fairgrounds in Charlotte June 23-25. 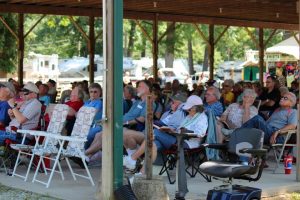 Weekend tickets are $80 if purchased by May 31; $90 after May 31 and at the gate. Daily passes are $25 Thursday or $30 for Friday and Saturday. Tickets are available online at charlottebluegrassfestival.com or by sending a check/money order to SBW Promotions, P.O. Box 2655, Battle Creek, MI 49016. Camping is $18 at the gate.