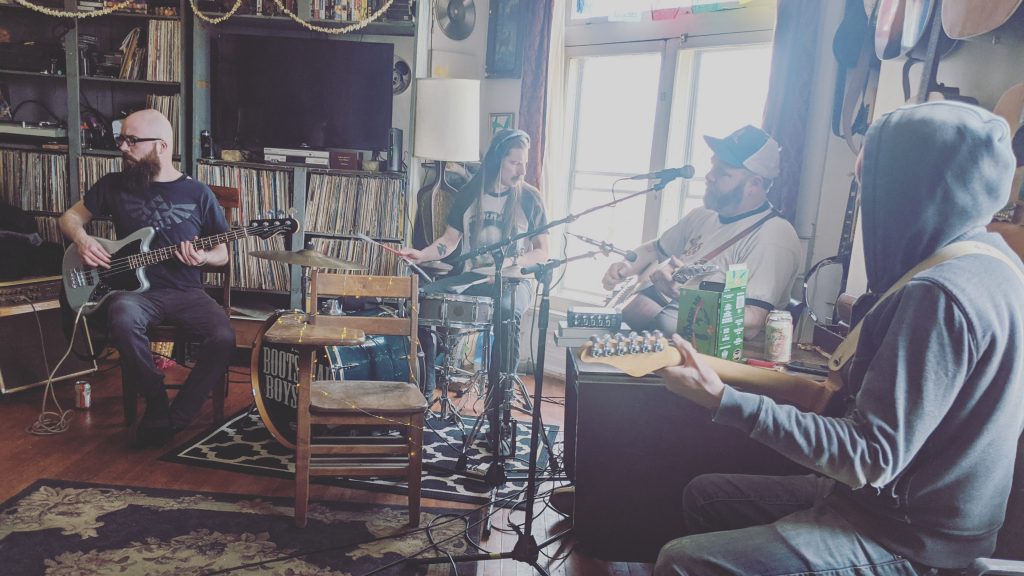 When Grand Rapids singer-songwriter Jake Stilson first assembled The Bootstrap Boys five years ago to crystalize his vision for a vintage country outfit, he probably couldn’t have predicted the impact the band might have and the devoted following it would attract.

But years later, the group’s rootsy approach has continued to turn heads, with The Bootstrap Boys’ most recent album, “Between the Hat & The Boots,” winning best Americana/roots album at the WYCE Jammie Awards in February.

And while the coronavirus crisis has altered the band’s travel and performance plans, the group remains hopeful that some of its late summer shows will still take place — which may be why the band’s submission for Local Spins’ weekly playlist is chock full of compelling songs with a summery theme. 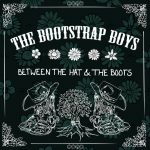 Frontman Jake, electric guitarist Nick, drummer Jeff and bassist Jonny — who describe their approach as “a little bit traditional, a little bit outlaw, and all country” — put their heads together (virtually) to compiled this Top 10 list of songs. In their own words:

“We miss our fans and we miss being on the road, but even more, we miss each other. This is our first group activity since we shot our Tiny Desk Contest submission in March. We chose some of their favorites so there’s no real theme, but there is a heavy summertime vibe.

Our longstanding mantra of ‘Have RV, will travel’ might need to be adjusted to accommodate these new times, but we hope to be able to get back on the road as soon as it’s safe to do so. In the interim, Jake will be doing live online shows from The Manor on a weekly basis. (Jake’s next live-stream show takes place at 5 p.m. Friday.)

We are hopeful that some of the summer festivals will still take place. We are still currently booked for Willowsong Music Festival as well as the final Cowpie Music Festival, both summer favorites of ours. We’re keeping our fingers crossed that we might see some relief by the end of the summer.

What we’re really looking forward to is the day when we can all get back together and bring you some new tunes as a full band. Later this month we will hopefully be recording at Dog Town Studio with new material. Everyone should be on the lookout for that release this summer.”

TUESDAY SOUNDTRACK: The Local Spins Playlist by The Bootstrap Boys

1. “Islands in the Stream,” Kenny Rogers & Dolly Parton (1983) – When Jonny suggested Islands in the Stream I had to double check which version he wanted, the original Bee Gees or the iconic Kenny and Dolly duet. Jonny’s response was “My uncle convinced me I was related to The Bee Gees for years trying to get me to move down to Florida. Long story short: Dolly/Kenny.” Classic.

3. “Summerbaby,” Polaris (2015) – Speaking of summertime, Jonny had another pick inspired by the coming season. It’s from the episode of “Pete and Pete” that little Pete randomly finds the band playing in their garage and when he tries to find them again he can’t. So he starts his own band to try to keep the song in his head. The song has always stayed in his head.

5. “Come Back to Us Barbara Lewis Hare Krishna Beauregard,” John Prine (1975) – Obviously, the passing of John Prine was a big, ol’ tragedy for the whole world, but it did inspire us to do a deep dive into his music. We love this one particularly because it’s hilarious and it has the added bonus of having the wonderful Bonnie Raitt on backup vocals.

6. “Mule Skinner Blues,” Dolly Parton (1971) – Being that the Internet is the only open venue these days, Jake has been doing a lot of online performances live from “The Manor.” This is one of his warm-up songs. He picked up the tune from hearing the original Jimmie Rodgers version on Ken Burns’ recent country music documentary. Dolly’s incomparable voice and energy makes her version an obvious favorite.

7. “The Wanderer,” Johnny Cash, featuring U2 (1993)– It’s hard to escape the apocalyptic feeling in the air, so this song is an obvious choice. When Jonny picked it, we recalled how we learned on a recent trip to Memphis that U2 recorded some tracks from “Rattle & Hum” at Sun Studio many years after Cash recorded his first records there.

8. “Fishin’ in the Dark,” Nitty Gritty Dirt Band (1987) – Jake picked this fun, old tune from older artists that has been beckoning summer to come back from December to May for decades.