For our Thanksgiving week playlist, Brad Raffenaud of Saugatuck/Douglas’ Red Dock pitches in with a roster of crazy-good bands that have played the unique West Michigan venue over the years. 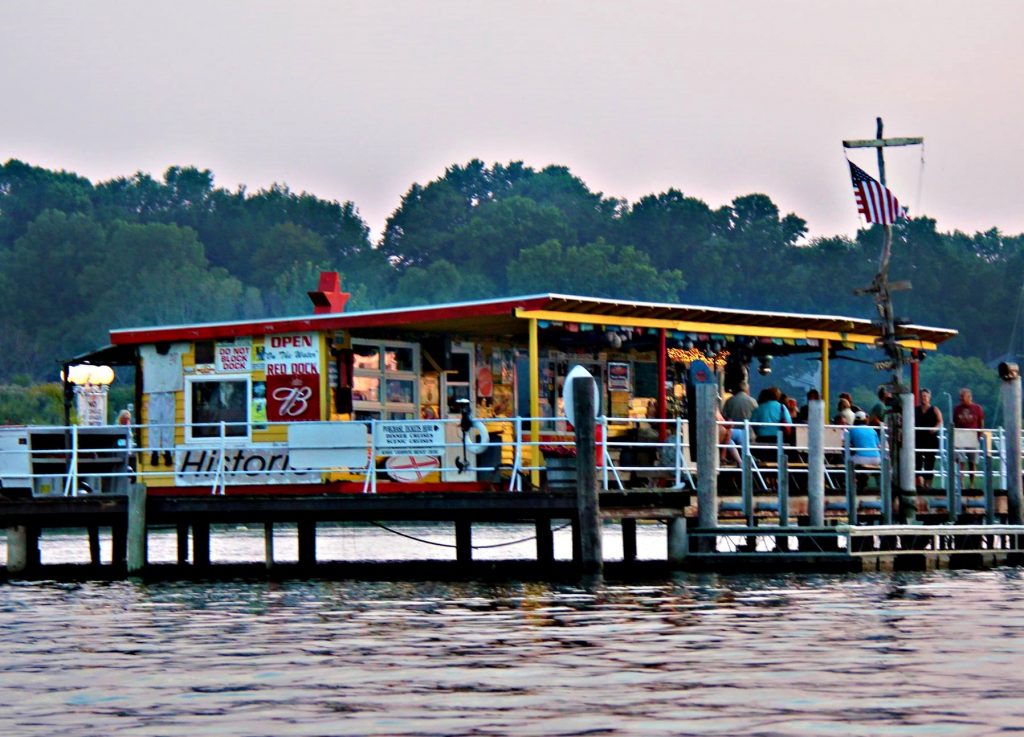 EDITOR’S NOTE: Since late summer, Local Spins has showcased West Michigan venues whose live music has mostly been silenced due to COVID-19. Today, Brad Raffenaud of Douglas’ unique Red Dock presents a Top 10 soundtrack of artists from Michigan and beyond who’ve graced the stage on a Sunday afternoon over the years.

There’s literally nothing quite like The Red Dock, at 219 Union St., on the Kalamazoo River in Douglas.

As talent buyer and booking agent Brad Raffenaud puts it, it’s “the lakeshore’s under-the-radar hidden oasis of great food, drinks and on Sunday afternoons in the summer” featuring “some of the best live music locally, regionally and from national touring acts you can find.” 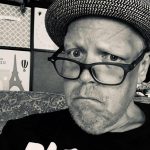 “A small outdoor venue that looks like a little Jamaican rum shack has been home to some great performances over the years, and the setting and the vibe is unmatched. The Red Dock has always had a unique niche offering live music from 4 p.m. to 8 p.m. on Sunday afternoons in the summer months only at no charge.” (The Red Dock is open from Memorial Day to Labor Day.)

Raffenaud called it “magical luck” in landing some stellar acts traveling between larger markets or heading to and from festivals.

“This year marks the 23rd year of the Red Dock and the first year the dock was mostly silent of live music other than one annual Sunday celebrating Jerry Garcia’s birthday,” said Raffenaud, who noted that he had to cancel or reschedule more than 500 dates for acts on his roster this year.

“The playlist provided is comprised all of acts that have played the Red Dock over the years. Some are yearly favorite returns and others are favorite memories from this intimate setting.”

1. Joshua Davis, “Just Getting By” (2017) – Josh has played the Red Dock a good many times in the past — starting out with his band Steppin’ In It, later solo performances and duos with Dominic Davis. Josh has always been a favored performer for us.

2. Greensky Bluegrass, “Lose My Way” (2012) – Anyone from Michigan who’s a fan of Greensky Bluegrass recalls a favorite small restaurant or bar they first saw the band in the beginning years before they broke nationally. Such a great group of guys and masters of the craft.

4. Joe Marcinek Band, “Mojo” (2018) – The thing about Joe is his band is a revolving door of amazing national and international talent. You never know who will be in the band at any given show. The Joe Marcinek Band has included players like Bernie Worrell, George Porter Jr., Melvin Seals, members of String Cheese Incident, Dumpstaphunk, Ween, you name a name and they have probably played with Joe on his original material.

5. Bernie Worrell, “Much Thrust” (1978) – A member of Funkadelic, Parliament, Praxis, The Talking Heads, etc. On July 5, 2013, we pulled off a show with Bernie and his Orchestra — one of those things you can only make happen for our size venue on a Sunday afternoon when a band is driving home from a Chicago festival and will still have time after a Red Dock play to jump back on the road the same night.

6. Kris Lager Band, “Ain’t Got No Worries” (2015) – The vibe at The Red Dock fits in perfectly with a Kris Lager Band jam. Kris tours the country full-time and promotes community and loving each other. Can’t wait to have him back.

7. Willy Tea Taylor with The Harmed Brothers, “California” (2017) – The Harmed Brothers and Willy Tea Taylor have toured and played together for quite a few years now. Both acts are from the West Coast, California and Oregon. We have had both at the dock a couple times now and the show is captivating. These are two up-and-comers who have been at it for 10-plus years.

8. The Red Stick Ramblers, “Made in the Shade” (2008) – Great band from Louisiana. We were lucky enough to grab them after a Wheatland Music Festival performance. Again, Sunday afternoon on the ride back home. Red Dock is a great place to fit in a set.

9. Andy Frasco & The U.N., “Lock Me Down” (2013) – Andy Frasco is a monster and his players are some of the best in the country. We picked this video because it has footage of the band at The Red Dock as well as Meijer Gardens and other shows. Always a party!

10. Giant Panda Guerrilla Dub Squad, “Forever Party” (2017) – From Rochester, N.Y., GPGDS has played festivals all over the United States for the past 12-plus years. Red Dock was the band’s first-ever Michigan play back in 2006.

Note: In a couple of cases, we chose different tracks by Red Dock artists that were available on Spotify.