This week, Local Spins writer Jason Clark unfurls a Blackout Tuesday playlist — a Top 10 soundtrack of hip hop gems. Check out the videos, listen to the tracks on Spotify. 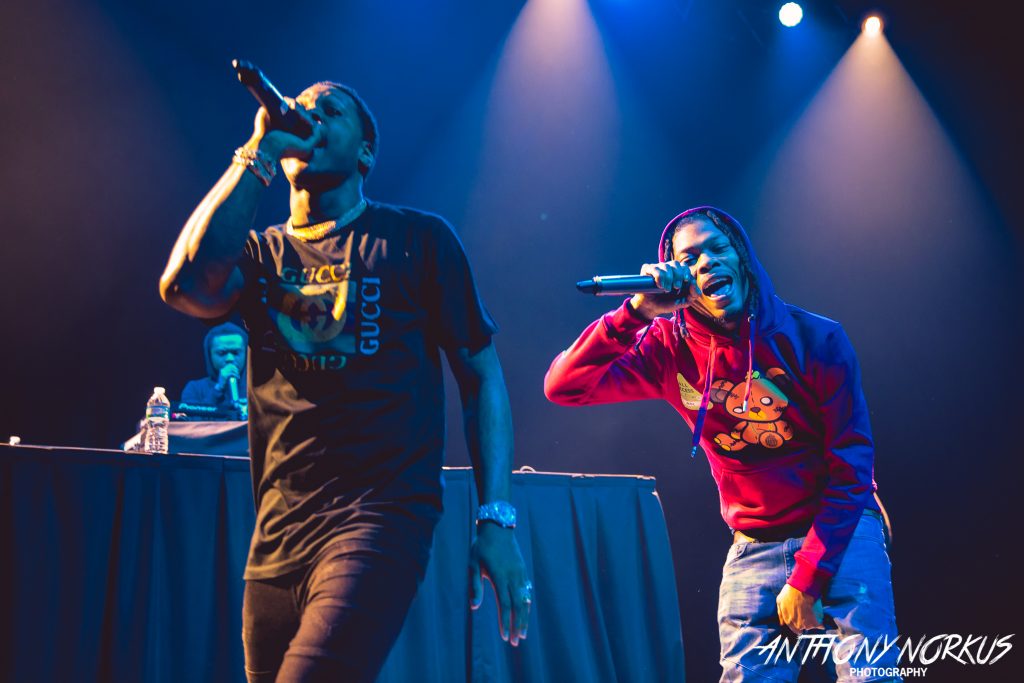 SCROLL DOWN TO LISTEN TO THE ENTIRE PLAYLIST ON SPOTIFY

With this week’s playlist, Local Spins introduces its readers to writer Jason Clark, a summer intern from Ferris State University who’s not only enrolled in the Music and Entertainment Business program but a budding hip hop artist in his own right.

In Clark’s own words:

“I am from Coloma, Mich., and am a big fan of modern rap music. Currently, I attend Ferris State University as a member of the Music and Entertainment Business program. I myself am also an aspiring rap artist and creative director/videographer. I can go from recording my own music to shooting my own music video or shooting a music video for other artists.

This playlist is just a compilation of songs that put me in the best mood I can be in. They are somewhat diverse sonically, but they are all a part of the rap genre. Rap is what has always made me feel the most emotion, so that is what I primarily listen to. There are truly some underrated gems on this playlist and if you are a fan of modern rap you do not want to miss out on checking them out.”

1. “Citgo,” Chief Keef (2012) – Citgo may be the perfect rap track — ahead of its time with the use of melodies over a dark trap beat. This song reminds me of being back in high school when it was released and gives me a feel of nostalgia.

2. “The Get Back,” Band Gang Lonnie Bands (2018) – The buildup of Lonnie’s vocals to the drop of the beat is nothing less than an energy accelerator. This is one of my go-to songs to listen to when I’m at the gym.

3. “King Kony,” Shootergang Kony (2018) – “King Kony” is a hard-hitting track with clever lines throughout. A good definition of what a hip hop head would call “bars.”

4. “Digimon,” Sada Baby (2017) – Sada Baby’s single “Digimon” ranks among my favorite rap tracks to come out of Detroit to date. Having the classic Detroit kicks throughout makes the track stand out the most to me. Also, “Digimon” is one of my favorite anime’s from my childhood days, which the song is named after.

5. “Bloxk Party,” Sada Baby & Drego (2018) – One of the best tracks anybody could play at a house party, this song has many references to popular dance moves such as “the robot” and even a soul train line. This one is sure to put everybody in a great mood.

7. “First Day Out,” Tee Grizzley (2017) – Probably one of the most iconic songs coming from Detroit’s hip hop scene within the past decade, “First Day Out” has racked up over 144 million views on YouTube, proving that even today, a hook is not needed for a song to become a hit. I love that.

8. “Lane Changing,” SOBxRBE (2016) – “Lane Changing” has four different artists from SOBxRBE (Yhung TO, Slimmy B, Daboi, and Lul G) going back to back on a sampled beat that stays true to the Bay Area sound. The diversity between artists makes the track shine and a personal favorite.

9. “L’s Anthem,” Lil Durk (2012) – “L’s Anthem” is a Chicago classic in the drill music scene that was popular around 2012. This is actually one of the first songs that made me get into rap/hip hop with a melody that kept getting stuck in my head, so it holds a special place in my heart.

10. “Pull Up Wit Ah Stick,” SahBabii (2017) – This track is very heavy with the usage of synths and oddly enough, random noises used as ad libs from SahBabii. However, this works perfectly making it too catchy to not like. Lyric-wise, it’s nothing special, but the overall vibe is what sets this track apart from others trying to be like it.