Popular Grand Rapids jam band Desmond Jones whipped up a Top 10 roster of their favorite songs during the current coronavirus pandemic, from D’Angelo to Thundercat. Listen to the tracks, watch the videos. 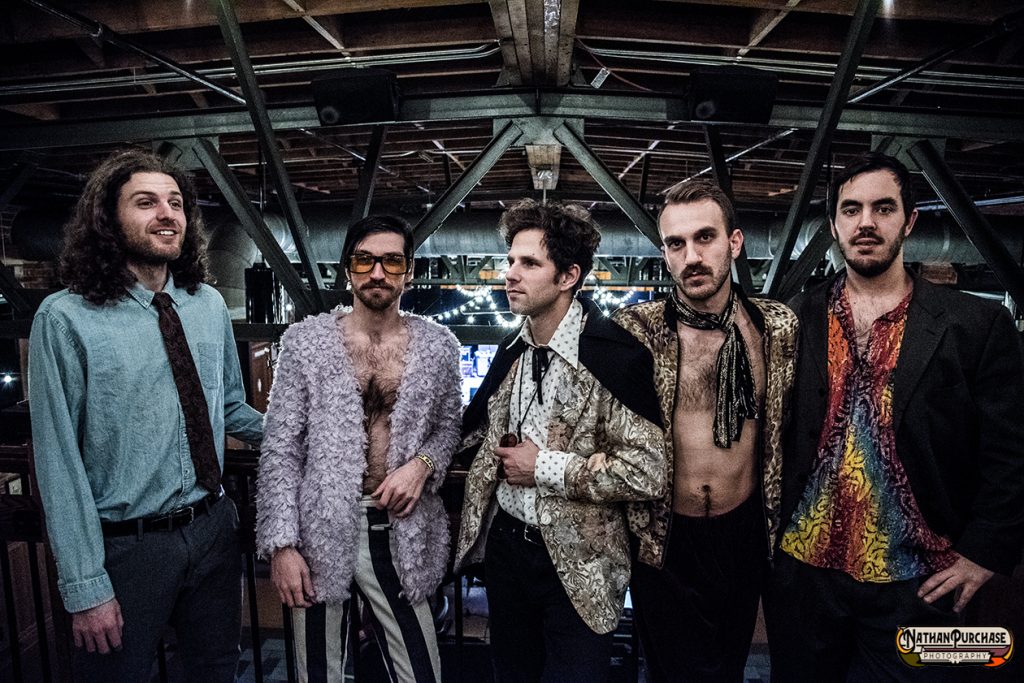 A quick glance at some of the favorite tracks that the Desmond Jones boys have been cranking up during this stay-at-home pandemic says a lot about the Grand Rapids band’s eclectic influences.

From EOB to Gram Parsons to Nirvana to Frank Zappa and more show up on group’s Tuesday Top 10 Playlist, part of Local Spins’ weekly series spotlighting recent Jammie Award winners such as Desmond Jones, which won Listeners’ Choice Album of the Year honors in February for its latest album, “Hello, Helou.”

In their own words:

“While we may not be able to tour right now, the members of Desmond Jones have been busy at home writing, recording, and listening to music. Here is a list of 10 songs, two from each member that we think are worthy of your ears. 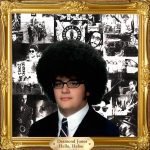 “This playlist ranges all over the place from ’70s country to ’90s grunge to 2016 electro-disco. There’s no theme here, other than they are all amazing songs.

“If you’re interested in our music, we’ve just released a brand new song and music video called “Major Burbank” which is available on all major listening platforms, including Spotify, YouTube, Apple Music, Bandcamp and more.

You can also catch our members doing live-streams at 8 p.m. Thursday on our Facebook page. This week’s live-stream (May 14) will feature our saxophonist George Falk, live from Lansing. We hope everyone is staying safe and finding ways to support local artists and venues at this time. We’ll be back on stage before you know it. Until then, enjoy these tunes.

Guitarist Chris Bota
1. “Ain’t That Easy,” D’Angelo & The Vanguard (2014) – This whole album, “Black Messiah,” is one of the most influential pieces of art to come out in the past 10 years. Almost every musician I know has been greatly moved by this album. This song in particular has a very strong message that anyone can relate to in some way.

2. “Where Did You Sleep Last Night?,” Nirvana (1994) – This song is a performance from Nirvana’s “MTV Unplugged” album. It is a cover of an old Appalachian folk ballad that dates as far back at 1870 with an unknown author. One of Kurt’s favorite musicians was 1930/40s blues singer Lead Belly. Kurt was covering Lead Belly’s rendition of the tune. I first heard this tune as performed by the “Father of Bluegrass,” Bill Monroe. The feeling this song portrays is an extremely lonesome and nostalgic feeling that is heavily ingrained in the American psyche. Kurt so easily gives this song his unique “grunge/punk” aesthetic without compromising the sound, history and lineage of the development of this very important American standard.

Drummer John Nowak
3. “Return of the Grievous Angel,” Gram Parsons (1974) – This is the first song from Gram Parson’s final studio album, “Grievous Angel.” Parsons is one of the most underrated and forgotten pioneers of country rock playing with groups like The Byrds and The Flying Burrito Brothers, and influencing the country rock movement of The Eagles, Rolling Stones, Wilco and so much more. Singing harmonies with him on the entire album is the one and only Emmylou Harris. This album is a masterpiece.

4. “Party on the 80th Floor,” HydroTeck (2016) – This electro-disco jam has become the unofficial anthem of Desmond Jones. HydroTeck is a Detroit artist and this is our favorite banger to blast in the van or at venues before shows to pump us up. The chorus hits HARD.

Guitarist Isaac Berkowitz
5. “Great Day,” Paul McCartney (1997) – Paul is a master of these amazing short little acoustic tunes on his albums that leave you wanting more. For me, similar to songs like “Her Majesty” or “Junk”, “Great Day” always hooks you and makes you throw it on repeat.

6. “Blessed Relief,” Frank Zappa (1972) – A beautiful and mystical end to an other-worldly album. An excellent jam that really ties the whole album together and brings you home.

Saxophonist George Falk
7. “Undone – The Sweater Song,” Weezer (1994) – Elegantly dumb and perfectly put together, this song will hang out with you on the floor when you, too, feel undone. The opening dialogue about going to shows and parties turns it into a surreal companion to cabin fever and bad news.

8. “Anonymous Club,” Courtney Barnett (2013) – Here’s to spending time at home with company that’s special to you. Courtney at her coziest.

Bassist Taylor Watson
9. “Brasil,” EOB, aka Ed O’Brien (2020) – Ed O’Brien is an English guitarist and the fifth member of Radiohead. “Brasil” is the first single from his debut solo album, “Earth,” released in April. This song really takes you on a journey from soothing acoustic guitars and vocals to a trance-like deep bass groove. The video depicts some sort of alien-like force bringing strangers together around the world and is a journey in itself.

10. “Black Qualls,” Thundercat (2020) – This song really has a vibe to it. It’s a cool balance of old school and new school sounds. One second it feels like an old funk song from the ’70s, and the next it feels like future funk from space (“young enough and old enough both at the same time”). The groove is undeniably funky.