This edition of “Looking for the Perfect Beat” by Todd Ernst spotlights Faren Strnad, a rising star in West Michigan’s electronic music scene who shares a bill Saturday at Founders with icon Mark Farina. 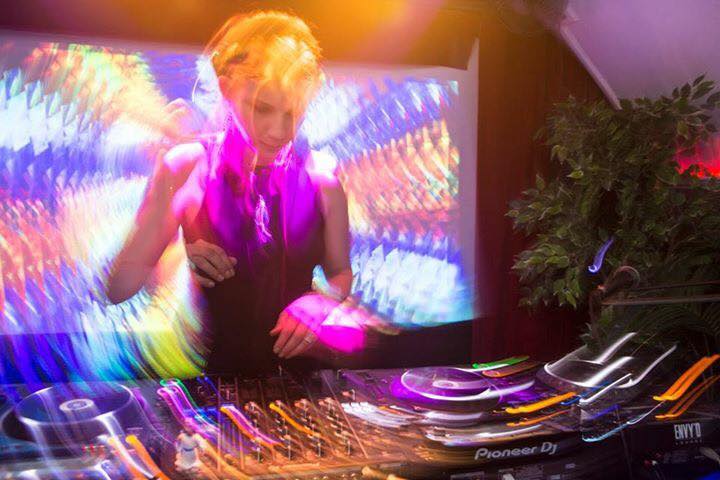 Power to Change a Life: Faren Strnad aims to ‘find a way to live a happy life’ with her music. (Photo/Scott Fowler)

SCROLL DOWN TO LISTEN TO FAREN STRNAD’S MUSIC

EDITOR’S NOTE: In the latest installation of Local Spins’ ‘Looking for the Perfect Beat’ — an exploration of electronic music — Todd Ernst sat down with DJ/producer Faren Strnad before her upcoming Saturday show with Mark Farina at Founders Brewing. The show begins at 9:30 p.m. Saturday; admission is $7.

Faren Strnad and I agreed to meet at Grand Rapids’ SpeakEZ Lounge (where Local Spins hosts a Wednesday concert series). Her message simply said: “I’m here, at the corner end of the bar when you walk in.”

The place was a fairly raucous for 5 p.m. as there was a soccer game playing, and unbeknownst to her, I leaned against the bar and simply watched her for a few minutes.

Little know fact about DJs: They don’t just play music; they watch people as part of their craft, and learn things by virtue of nonverbal cues. She was fixated on her laptop screen, headphones on, almost oblivious to what was going on around her. This, I admired.

The first thing you learn about Faren is she has this unbridled, almost nervous, infectious energy about her. And Strnad is not some fancy hipster spelling of her last name either. “We’re Czechoslovakian,” she proudly proclaimed. 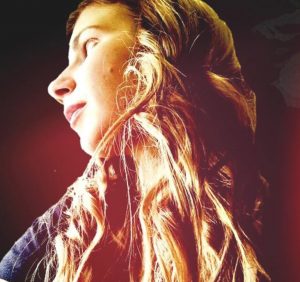 High-Profile Bookings: Faren Strnad has drawn attention over the past year.

Also, the phrase “We’re gonna do a thing” or “We did a thing” is woven into her nomenclature, and is as much part of her existence as any physical feature. As a graduate of Michigan State University and RN working full time for a major health care system, she is no stranger to the concept of setting goals and hard work.

So much of Faren seems all grown up, and then all of a sudden this crazy teenage curiosity sneaks out. Perhaps the collision of these two traits is what makes her so enjoyable to be around.

As a relative newcomer to electronic music and the respective scene, her rise as a Grand Rapids-based artist is nothing short of meteoric, as evidenced by the venues and events where she’s getting booked. First championed locally by Chad Verwey at The Intersection, and now Founders Brewing for many upcoming events, it’s clear that it won’t be long before she is on a consistent national touring circuit.

Furthermore, she works tirelessly to curate the sounds coming out NV’D Records, for which she’s the label manager, as well as working on signature events like their label party on Obonjan Island in Croatia this past summer — an event which featured notable heavyweights like Claude Von Stroke, Doorly, and Mija. (Ship Fam Island is the festival “combining rave, intimacy and togetherness.”)

‘EXCITED TO PLAY A PROPER HOUSE SET’ AT FOUNDERS ON SATURDAY

Faren reflected on her rise through the local ranks, and the respective frustrations in a midsize market like Grand Rapids.

“I’m just doing my thing, working hard at my day job and trying to do my thing locally, and one night I get told if I work hard enough, I can be someone’s ‘project’,” she said.

It’s easy to see how these words were a bit of a backhand, but they inspired her to work even harder as well. “I mean, I’m gonna do what I want to do, and if you want to be mean to me, I guess I don’t really want to be around you. I am sure these people say they just wanted to help, but it was clear all they really wanted was control.” 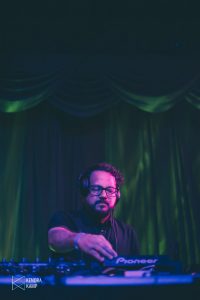 It would seem the obvious question then: Does a female DJ have to work harder than a guy to achieve success in the business?

“I haven’t given it much thought,” she said. “I just want to find a way to live a happy life and do a thing, maybe my thing. If people smile and want to come along, there will always be room for them in my life.”

She is clear that her next step is producing, something that’s already in the works for 2019.

When asked about the opportunity to open for Mark Farina: “The dude’s a G. I can’t believe I danced endlessly to a set of his recently in Wisconsin, and now I am opening for him,” she said. “Mostly I play techno, but am so excited to play a proper house set opening for Mark.”

While Faren is quoted as saying “A good set has the power to change your entire life,” another quote comes to mind from President Teddy Roosevelt: “People don’t care how much you know until they know how much you care.”

The clear ‘it factor’ with Faren is how much she genuinely cares about the people in her universe; her desire to connect with others on a human level is perhaps as much of an imperative as the quality of her DJ set.

And in this industry, that is a rare trait, whether in the DJ booth, on the dance floor, or in her case, even at the end of the bar.

The author listened to Faren’s Pavilion Set Live at Shipfam Island while writing this, and recommends you give it a listen as well. Find more of Strnad’s music on Soundcloud.

LISTEN: Faren Strnad Live at Catharsis on the Mall in Washington D.C. (November 2018)

ABOUT THE AUTHOR: Todd Ernst has been an electronic music DJ and promoter for 30 years. His days are spent as the Director of Marketing and Communication for HME Ahrens-Fox. His personal company EXSIGN is a creative and consulting team that designs and manages corporate, non-profit and nightlife events. He’s also one of the founding team members for TEDxGrandRapids.

Mark Farina and Faren Strnad perform in the Founders Brewing taproom in Grand Rapids at 9:30 p.m. Saturday. There are no pre-sales, admission is $7. Details online here.