The latest chart of most-played local and regional albums on WYCE also featured the debut of a new album by hip hop’s Dante Cope. See the full chart, listen to the music. 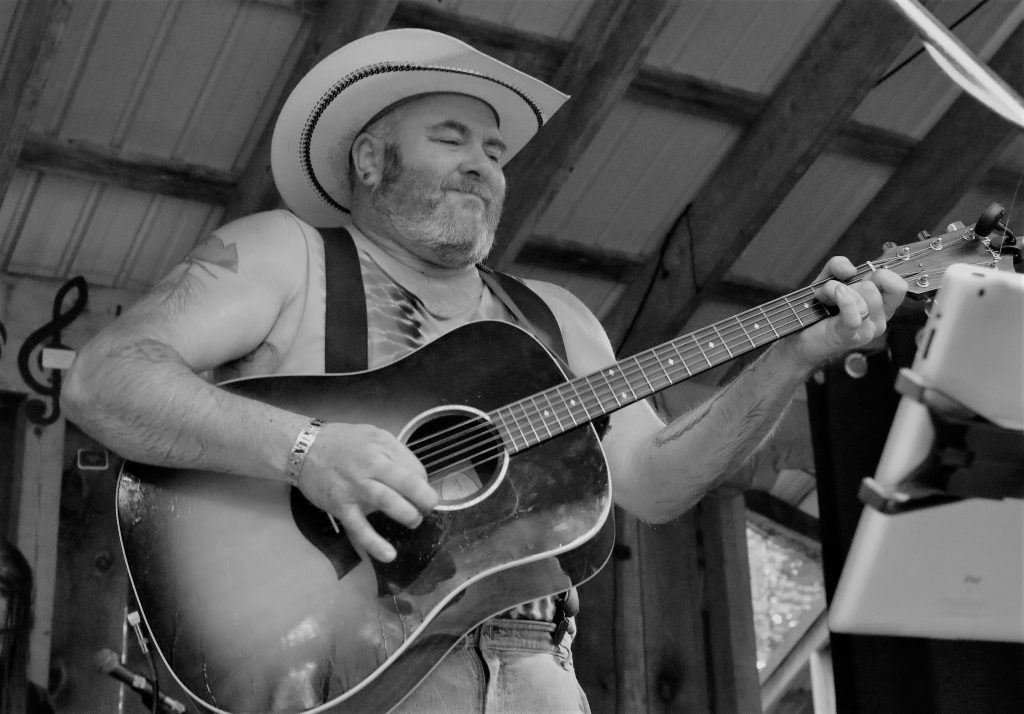 Bridging the Gap: The Bootstrap Boys reflect their influences as well as their ‘own story’ on the new chart-topping album. (Photo/Anna Sink)

When Jake Stilson and the rest of The Bootstrap Boys sat down to record their new studio album, they wanted to “pay homage to where our music came from as well as where we want to take it.”

So, the Grand Rapids outlaw country outfit’s “Between the Hat and the Boots” aims to “bridge that gap between showing off your influences and trying to tell your own story at the same time,” said Stilson, aka Big Jake Bootstrap. 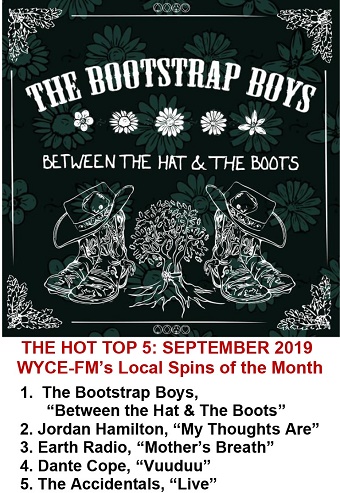 Dante Cope joined The Bootstrap Boys as new entries on the chart.

The approach clearly paid off: “Between the Hat and the Boots” shot straight to the top of the Local Spins Hot Top 5 Chart, representing the local or regional album that earned the most radio airplay on WYCE-FM in September.

“All boots are off now! This is amazing news,” Stilson said when he learned of the No. 1 chart ranking.

“I am humbled beyond words and grateful to all the amazing people that made that possible. We love our fans and it’s great to know they love us back.”

The band’s fourth album – recorded by Rick Johnson at Grand Rapids’ Cold War Studios and released in September – includes a cover of the Woody Guthrie song, “All You Fascists Bound to Lose.”

“We love Woody Guthrie and cover a few of his songs live, but with the current political climate, ‘All You Fascists’ was an obvious choice,” Stilson said.

Kalamazoo hip hop cellist Jordan Hamilton’s “My Thoughts Are,” moved up two places to No. 2, The Accidentals’ “Live” remained at No. 5, and Earth Radio’s “Mother’s Breath” re-entered the chart at No. 3. Listen to tracks from all of the albums here, with a list of new local/regional releases below.