Buoyed by airplay from February’s Jammie Awards, many regional acts who got the most airplay at WYCE-FM last month were among the most-played artists of 2019. View the chart, listen to the music. 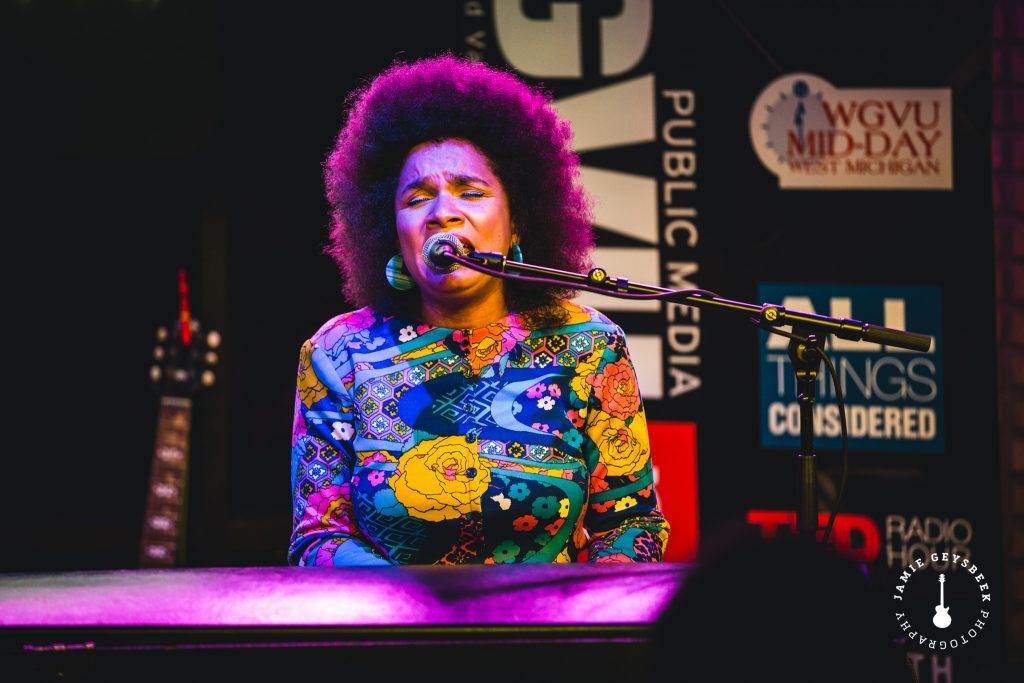 SCROLL DOWN FOR SONGS BY HOT TOP 5 ARTISTS, LIST OF NEW LOCAL RELEASES

As the community radio station prepares for its mammoth, mid-month Jammie Awards show, some of the most popular local and regional releases of the previous year get revved up in the airplay rotation.

February 2020 was no exception as four nominees for Jammie Awards – Molly, Last Gasp Collective, Jesse Ray & The Carolina Catfish and Medicinal Groove – saw a resurgence with their most recent releases, placing them among the Top 5 most played local and regional releases on WYCE. 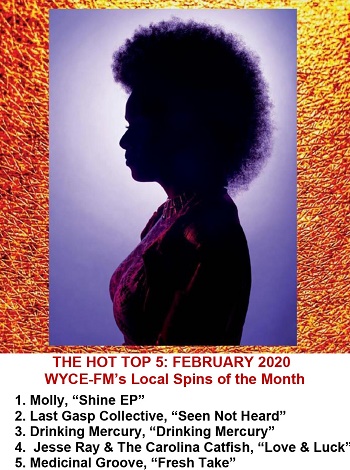 Molly, aka Grand Rapids singer and multi-instrumentalist Molly Bouwsma Schultz, soared to No. 1 with her “Shine EP,” revisiting the Hot Top 5 for the first time since July 2019.

Overall, the three-song EP – which won the Jammie Award for best blues/soul album – was the 10th most played local recording on WYCE for 2019. Molly, by the way, plays Billy’s Lounge on March 28, opening for Bobby Oroza.

Last Gasp Collective made a reappearance on the chart for the first time in three months, with its Jammie Award-winning “Seen Not Heard” finishing at No. 2 for February.

Drinking Mercury’s self-titled album came in at No. 3, followed by Jesse Ray & The Carolina Catfish’s “Love & Luck,” which was the fourth most-played regional album on WYCE for 2019 and the No. 1 album on the Hot Top 5 chart for June.

For Traverse City funk/jam band Medicinal Groove, it was the third month in a row on the Hot Top 5 chart, though its 2019 album, “Fresh Take,” dropped from No. 1 in December and January to No. 5 in February.