A year ago, West Michigan lost these beloved guitarists, so Local Spins remembers them today. On Sunday, K’zoofolklife hosts a Memorial Jam for Fleckenstein with musicians gathering for “music and memories.” 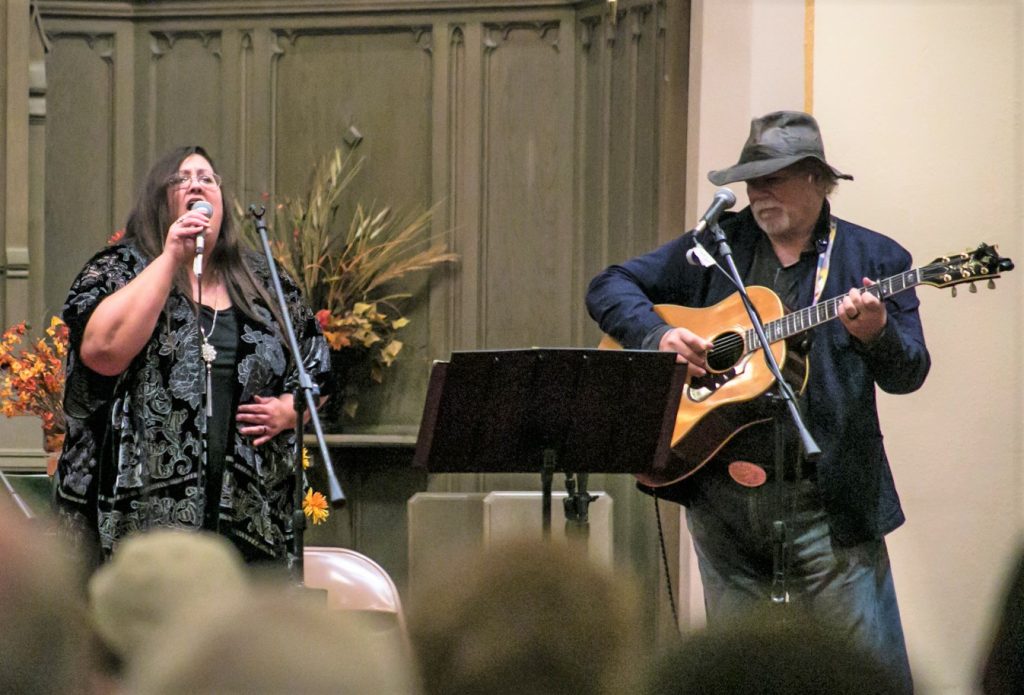 EDITOR’S NOTE: In late November a year ago, West Michigan lost two treasured guitarists — Michael Fleckenstein and Michael Hall II — who were widely respected by fellow musicians and fans. On Sunday in Kalamazoo, K’zoofolklife will celebrate Fleckenstein’s life with a “Memorial Jam” from 1 p.m. to 4 p.m. at Valhalla Meadery, 3403 Miller Road in Kalamazoo. It’s billed as “Music and Memories” with more details here. Today, Local Spins Rewind revisits the outpouring of tributes to both Hall and Fleckenstein.

In Kalamazoo, veteran acoustic guitarist Michael Fleckenstein, who performed with his wife, Shannon, in the band Bride of Fleckenstein, died in late November after being hospitalized and placed in intensive care due to COVID-19.

A native of North Muskegon, Fleckenstein was involved with folk and country music for more than 50 years, performing all across the country. He was active in the Kalamazoo music scene, performed in the B&F Union Railroad acoustic duo, participated in Kalamazoo Civic Theatre and served as board member and past president of the K’zoo Folkflife Organization.

A GoFundMe campaign was established to raise money for his final expenses and to assist his wife. Make donations online here. Fleckenstein did not have life insurance.

In Grand Rapids, Michael Hall II, 54, a guitarist and longtime member of the popular surf-rock band The Moonrays, died in late November last year after a battle with leukemia. Fellow band member Jim Braun said Hall had been hospitalized recently with a blood infection.

The one-time member of the T-Bones and mainstay in The Moonrays had been taking a hiatus from the band “to get his health back,” according to Braun. Hall and iconic Grand Rapids guitarist Fitz Green formed The Moonrays in 1989.

The outpouring of comments and tributes to both musicians has flooded Facebook and social media. Here’s what fans, friends and other musicians had to say.

MICHAEL FLECKENSTEIN: ‘TRULY ONE OF THE GOOD GUYS’

Carrie McFerrin – I met Mike at a Kalamazoo Folklife music festival in Portage. He eventually became one of the highest ranking members of the organization. We were each performing and bonded over discovering we each had the same uncommon Goldtone banjitar. We helped each other with alternate stringing options over the years to get them sounding their best. Mike was also a regular at my open mic at Louie’s and was one of the only musicians who could quiet the whole bar. He was an exceptional picker and singer. He always played and dedicated a particular song to me because I loved it and it made me cry. My live-stream this Sunday will be dedicated to him and I plan to perform the song, too. I was supposed to do this last night but was struggling too much. A few weeks ago, he asked me to help him record all his songs before he died someday. Of course, I agreed and now will still do my best to get his songs recorded for him.

Steve Enge – The music he sang and played touched our hearts. But more than this, he helped many people improve as humans and as musicians, through his love of them as individuals, belief in their potential, continuous support of their efforts, and celebration of their successes. I admire and respect him for this, and also thank him for it, because I was one of the many who is better for his life touching mine. 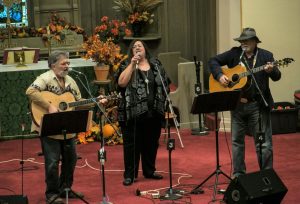 Ryan Hursh – Fleck was truly one of the good guys. I worked with him in Seattle for a couple of years. Loved that guy.

David Lloyd Greeley – That virus is getting some of our best. So sorry.

Greg Mankin – I first met Mike and his family back in the ’60s when Charlie and Donna moved next door to my parents. Mike was the first person I ever saw playing a 12-string guitar. He sang “Lucy in the Sky with Diamonds” for me. Great guy. He will be sorely missed.

Kristy Sugarbaker Stewart – Mike was a great man with a great talent.

Tami Maurer – Mike and (his wife, Shannon) touched so many lives. It is obvious from the outpouring of love coming your way. We all hope when we leave this earth that we made a difference. Mike obviously did. He was a good guy and my heart aches for you.

Richard Mullins – Mike, the times I got to play music with you were always fun and a great experience and the advice you gave me for my music will always stay with me. You were a talented and amazing musician,

Anita Vogely – Michael was a special soul and a larger-than-life presence.

Chris Barnes – Mike was a great inspiration to me and a teacher to me, not only in music but in architecture design as well. His works will live on thru his craft and friends.

K. Ann Wilk – His music and artistry will always remain in our hearts. 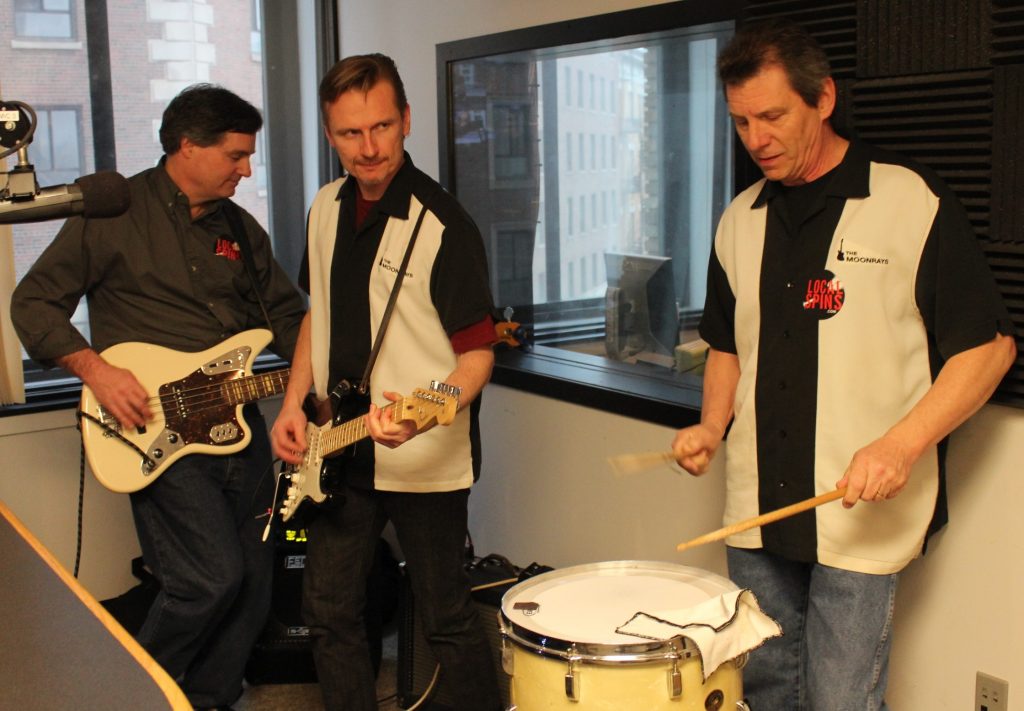 Arthur (Bud) Chrysler, drummer for The Moonrays – So many awesome memories playing with Michael and The Moonrays. I will miss his twisted sense of humor and spontaneous leads. This guy would give you the shirt off his back; in fact. he once did give me the shirt off his back! I loved Michael and he will always be a part of who I am. … What I enjoyed most about his playing was the fact that his leads would often take you off the beaten path into some uncharted territory before ending up back on the trail at just the right time. Michael had been fighting leukemia for quite some time and performed with the Moonrays as long as he could.

Jim Braun, bassist for The Moonrays – The amazing thing about him is how versatile he was. You could pull out almost any song and he could play it. … And the sad thing about this whole COVID thing is nobody could go see him (in the hospital). 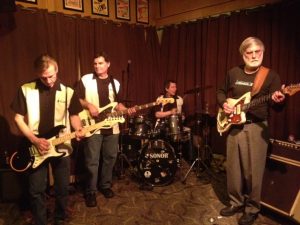 Bonnie Engebretsen – He had a beautiful soul that was sometimes masked with sarcasm, humor and wit. We will miss Michael greatly. He was a talented musician and good friend.

Douglas Kooienga – He was a so down-to-earth and unassuming and never too busy to spend time talking with you. I filmed him playing with The Moonrays at least twice. I’ll treasure those memories forever.

Kelly Bilisko – Such a wonderful soul. He always had a smile and a laugh. He will be missed.

Bill Van Ess – He was a very gifted guitar player and will be missed.

Bill Bissell – While I will mourn his passing, his legacy lives on.