The mad genius behind The Concussions, FuzzRites and Goon Lagoon pipes in with a deliciously retro, wonderfully “odd” playlist of favorite songs and ribald commentary. The FuzzRites play Founders Sunday. 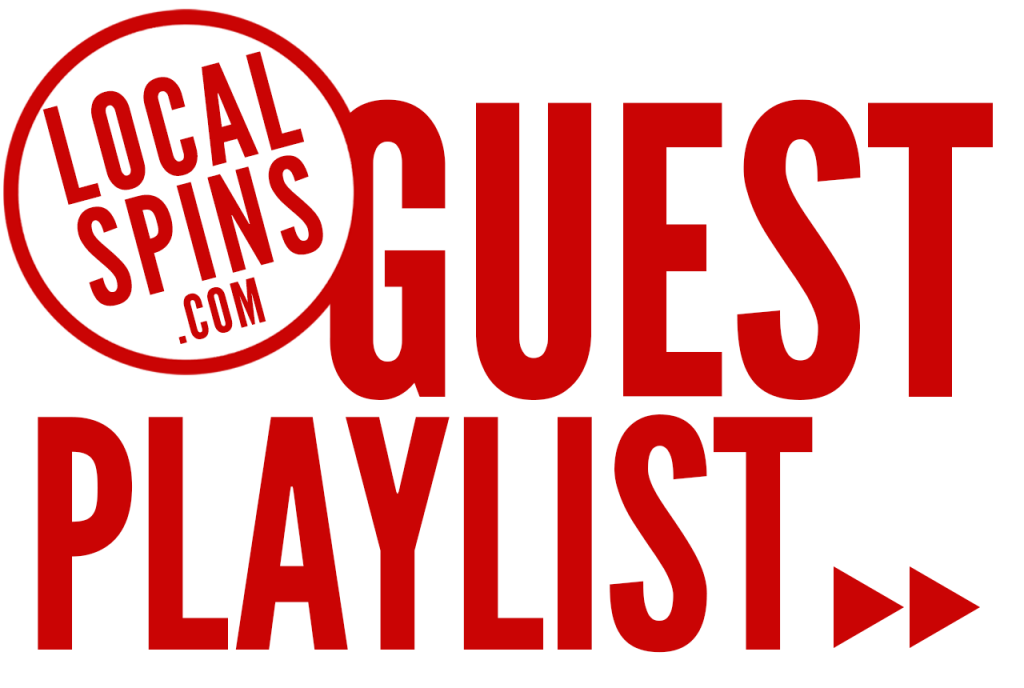 Grand Rapids guitarist and analog recording whiz Tommy Schichtel had little trouble in quickly whipping up a Local Spins Guest Playlist of favorite tracks. The trouble came in keeping it to 10 songs. 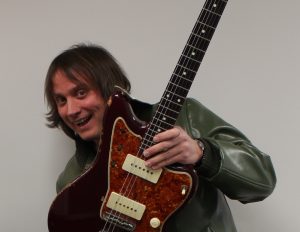 So, this lovable goof behind The Concussions, B-Sides and FuzzRites supplied Local Spins a delicious dozen, including the required local/regional pick: a thunderous offering from Michigan’s Beast in the Field, which has recorded at Schichtel’s all-analog Goon Lagoon studio.

You can catch Schichtel and his ultra-lively bandmates in The FuzzRites on stage at Founders Brewing Co. on Sunday — part of the lineup for the 20th anniversary Feedback benefit show. The fun begins at 4 p.m. with The Honeytones, followed by Domestic Problems and finally, The FuzzRites, with their infectious, pop-hued garage rock. And catch Tommy and Chris from The FuzzRites on Local Spins on WYCE (88.1 FM) at 11 a.m. Friday.

Now, onto the playlist (with a Spotify version below) …

1. “She’s Gone” Hound Dog Taylor and The HouseRockers (1971) — One of my all time favorite guitar players. I really love how the record is so raw and live. Everything about this band was so influential to me growing up and still is today. Two guitars and drums, no bass. Playing a four-pickup Teisco guitar with his six fingers! What a sound! Pure sex.

2. “Bat Chain Puller” Captain Beefheart (1978) — I remember going to a neighbor’s house to listen to some new music when I was 10. Being raised Catholic, I embraced this as my first real baptism. I haven’t been the same since. Check the cool cover art by the man himself, Don Van Vliet.

3. “Deuces Wild” Link Wray (1964) — I could put any of his songs here. I picked up the guitar after hearing “Big City After Dark”. My girlfriend at the time told me I was nuts and going through a phase. I guess I’m still nuts and in that same phase today. F— you! Link Wray every day!

4. “Wanderlove” Claudine Longet (1967) — That voice haunted my soul as a young child. My mom (thanks Maw!) was/is a huge Claudine fan. I can state with authority she still haunts me today. I’d love to record her. I do have all her records on vinyl and spin them regularly. (Note: This track was not available on Spotify.)

5. “Sour Milk Sea” Jackie Lomax (1968) — This song was written and produced by George Harrison. Not only that, but George, Ringo and Paul all play on this track. The entire album is great and on the fabled Apple label. It has that “White Album” sound.

6. “Waken Tanka” Beast In The Field (2014) — Here is my regional pick. Some beautiful people I’ve had the pleasure of working with and recording over the last some odd years. From their last LP, “The Sacred Above, The Sacred Below.” The band is totally live to tape on everything they record. BITF live is an orgasm, foot wash, baptism and spleen massage all wrapped up in one ball bag punch!

7. “Pacifica” Los Straitjackets (1996) — This could be the most beautiful surf instrumental ever written. Eddie Angel told me he came up with the melody on the piano in about two minutes. Sometimes that’s how the best songs are written, coming naturally from who the hell knows where. It still is as fresh today. These guys are The Beatles of guitar instrumentals.

8. “Bees Knees” The John Barry Seven (1958) — John Barry was an English composer and conductor of film music and is probably best known for penning the James Bond theme song but has a ton of other great intros. Highly recommend all the EMI releases from 1957 through 1964. His music is played regularly at our home, plus his band featured another guitar hero of mine, Vic Flick.

9. “Once Upon A Time In The West” Ennio Morricone (1968) — What a beautiful piece of music from one of my favorite movies. So delicate yet so strong. I could pick a famous spaghetti Western guitar track here but this one always just moved me to the point of emotion I can’t even explain. I mean, how gorgeous is that. Still hoping Ennio comes to NYC to do the concert he postponed this year due to health reasons.

10. “(I’m A) Ramblin’ Man” Waylon Jennings (1974) — What a crock of crap country music has turned into. Waylon has always been and will always be on of the coolest without even trying. My dad was a big fan when we were kids. I’m damn thankful too. I’m sure I would have got hipped to him sooner or later even if Pop’s wasn’t a fan. Glad it was sooner. Listen to that voice! Talk about the real deal. Buddy knew.

11. “White Girl” X (1981) — Having just seen the original lineup at The Pyramid Scheme the other month I had to include this as a bonus track. I grew up loving X, especially the first four or five records. I still love them and really dig John Doe’s solo stuff a lot too. This is a classic with that memorable Billy Zoom guitar lick. Nobody sounded like X.

12. “Life Away From The Garden” Damien Jurado (2012) — OK, I better include at least one modern song. Damien Jurado is one of the few guys I’ve listened to in the last few years that could move me like, say a Nick Drake. Here is a song my daughter says the harmonies are from dead kids. Perfect!