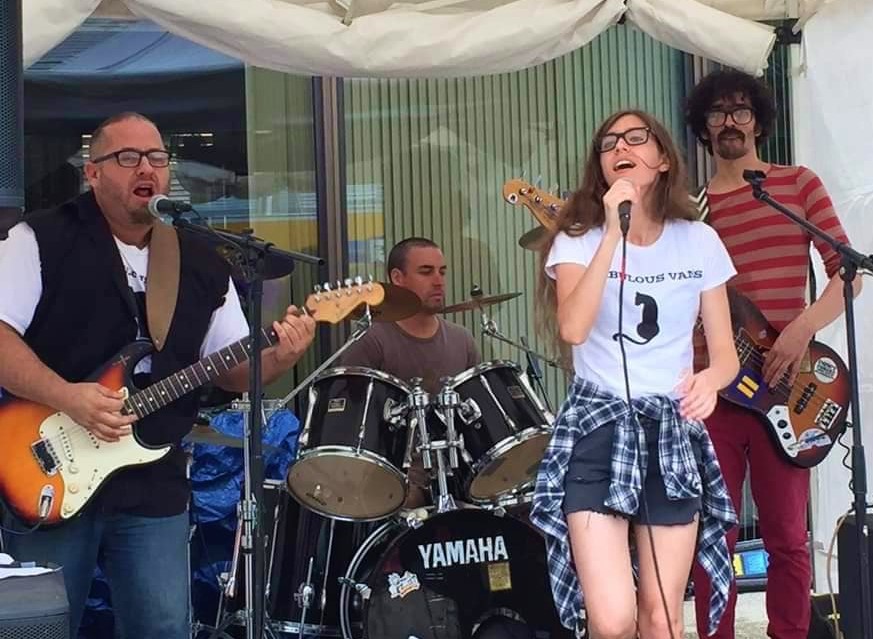 Jamming and Just Having Fun: The Fabulous Vans release their debut album this spring. (Courtesy Photo)

On stage, she has all the traits of a budding rock ‘n’ roll diva, but really wants to be a librarian.

Only 18, Sierra Van already has seven years of experience singing and performing with her guitar-playing father, Timmy, but still surprises many people when they find out she’s the lead singer in a rock band.

“I think most people don’t know,” said the Northview High School senior, noting one teacher even referred to her as a “secret rock star.”

The secret’s out: The Fabulous Vans, with Sierra Van on lead vocals, has performed regularly in West Michigan the past few years and recently completed work on their debut studio album.

The band – Sierra and Timmy Van, drummer Ryan Gravelle and bassist James Wolf – hopes to release “The Fabulous Vans, Vol. 1” in late April or early May.

Before that, the group – which appeared in-studio for this week’s edition of Local Spins on WYCE – plays Tip Top Deluxe Bar & Grill on Saturday night (Feb. 29), the second night in a row that the band graced the stage of the West Side club. Saturday’s “Jam for Bernie” also features FunkWagon, FlyLiteGemini and Great Lakes Feather Co., with music starting at 8:30 p.m. Get details on the Facebook event page. 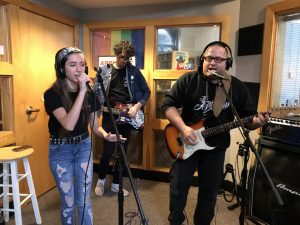 On the Air: The Fabulous Vans performing during Local Spins on WYCE. (Photo/Local Spins)

And scroll down to watch a video of The Fabulous Vans’ in-studio performance of the song, “The Tryst.”

The band, which played covers during shows before starting to perform their own songs a year ago, leans on a variety of influences for their rock-driven material.

“We just get up and jam and just have fun,” Timmy Van said. “I think it’s a mixture of influences. I don’t think we’re tied to any particular genre.”

Wolf noted that all of the musicians “come from largely different musical backgrounds. Tim is more of a classic rock and alt-rock guy, Ryan is more of a punk background, Sierra is into a lot of different things, but being younger than all of us experienced pop music of the early 2010s. I grew up listening to Motown records and the Beatles.”

As for Sierra, she seems to cover the gamut.

“I enjoy a large musical base,” she insisted, “from ’50s doo-wop to current times.”

In addition to Saturday’s show, The Fabulous Vans will play Quinn & Tuite’s Irish Pub in Grand Rapids on March 21, with a spring album-release show yet to be finalized.

VIDEO: The Fabulous Vans, “The Tryst” (Local Spins on WYCE)

Editor’s Note: Due to technical issues at WYCE, this week’s Local Spins on WYCE podcast is not available. We apologize for any inconvenience.