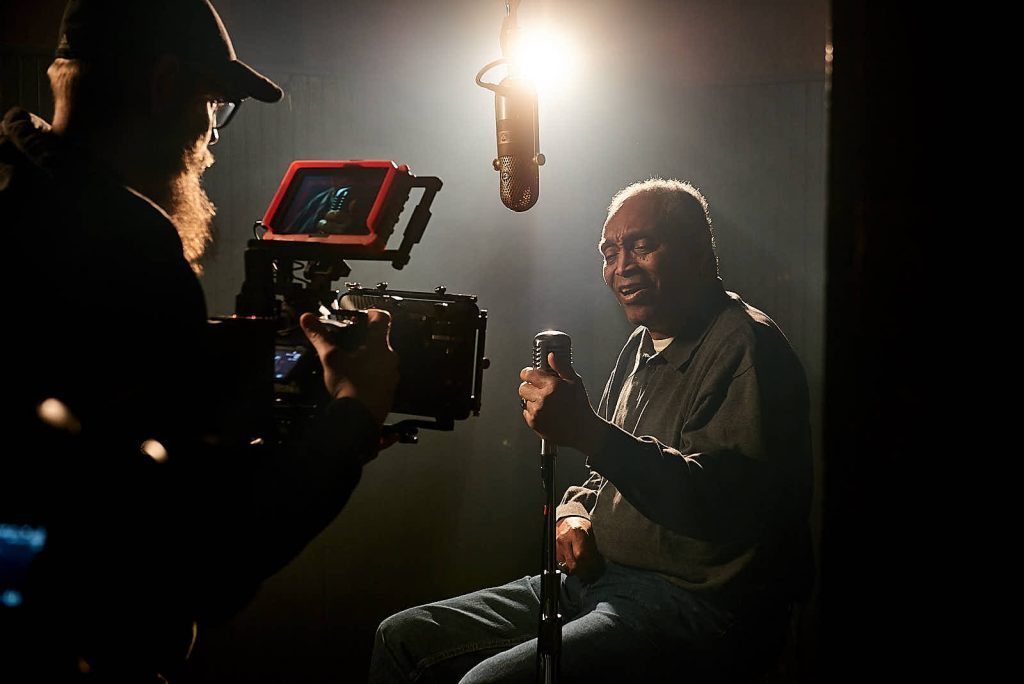 Premiering on Friday: Bobby Haggard during his video performance in the freight elevator. (Photo/Bob Neumann)

SCROLL DOWN FOR THE VIDEO

Take an old freight elevator, fire up some state-of-the-art video and sound gear, bring in some much-admired artists for performances and what have you got? 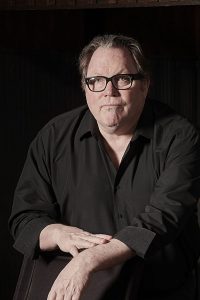 Regional and national acts are expected to follow, Matthews said of the programs being produced in a long-empty freight elevator located inside a 100-year-old warehouse just south of Founders Brewing Co. in downtown Grand Rapids. New videos will be posted once every three weeks or so.

“I have always been a fan of resources like ‘Jam in the Van’ or the ‘Tiny Desk’ series on NPR, saw this empty freight elevator and thought, ‘We can do something in here,’ ” said Matthews, who made his mark on WLAV-FM in Grand Rapids and as drive-time host on Chicago’s WLUP (with his Jim Shorts radio character considered legendary in the radio business).

“For the past 20 years, I have dived into the Internet world, including live-streaming and podcasting. I have always loved discovering new talent, especially music. Since my radio career, I have always supported and played music I have discovered and wanted to play, not some lame program director telling me what to play.”

Elevator a Go Go represents a collaboration between Matthews, photographer Bob Neumann of Big Event Studios (where the elevator is located) and sound engineer Bob VanProyen. The videos are being posted on Facebook and Instagram, with a new Elevator A Go Go website launching next week.

Neumann said the 48-square-foot elevator has been “transformed into a state-of-the-art visual and sound recording studio,” where his “longtime friend” and singer Bobby Haggard brought his powerful voice for a soulful rendition of William Dawson’s “Soon-Ah Will Be Done” for the first video. (Scroll down for Local Spins’ special premiere of the video.)

Matthews called Haggard “a treasure here in Grand Rapids and has followers around the world. He has had struggles, but these challenges have made him an even more beautiful human being. Bobby chose a stunning song to sing; the only instrument Bobby chose to use was his soul. This beautiful song could not have come at a better time, but Bobby provides calm during this viral storm we are all experiencing.”

The next performance video will feature Nashville “modern traditional country” duo The Young Fables, with others still to be announced. Those interested in having an act booked for the series can email elevatoragogo@gmail.com. 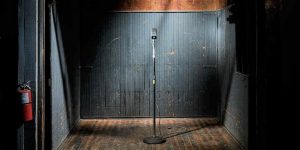 During the lockdown period caused by the coronavirus pandemic, artists will perform via Skype or FaceTime. “Our plan is to have them tape a session and then broadcast from the elevator,” said Matthews, noting he’s “reaching out to some great friends in the music world” for future episodes.

“We cannot wait to tap into the world of music, including what is directly in our own backyard of Grand Rapids, but also include the spoken word and other forms of art,” he said.

Matthews — who said Neumann has “the best camera eye in the business” and VanProyen “the best audio ears and mind I have ever worked with” — said the Ellsworth Avenue setting for the Elevator a Go Go Show is perfect for the new venture.

“I have always loved this building, this studio. Bob and his wife have built a mammoth playpen for someone like me and others,” said Matthews, whose son, Trevor Menear, wrote the theme song for the series.

“Having this building so close to Founders is also a great plus. I love the owners and the love that they have for music, entertainment and the best suds in the business. This is going to be great fun while promoting some of the best talent in the world. And it’s all being done here, in Grand Rapids, Mich.” 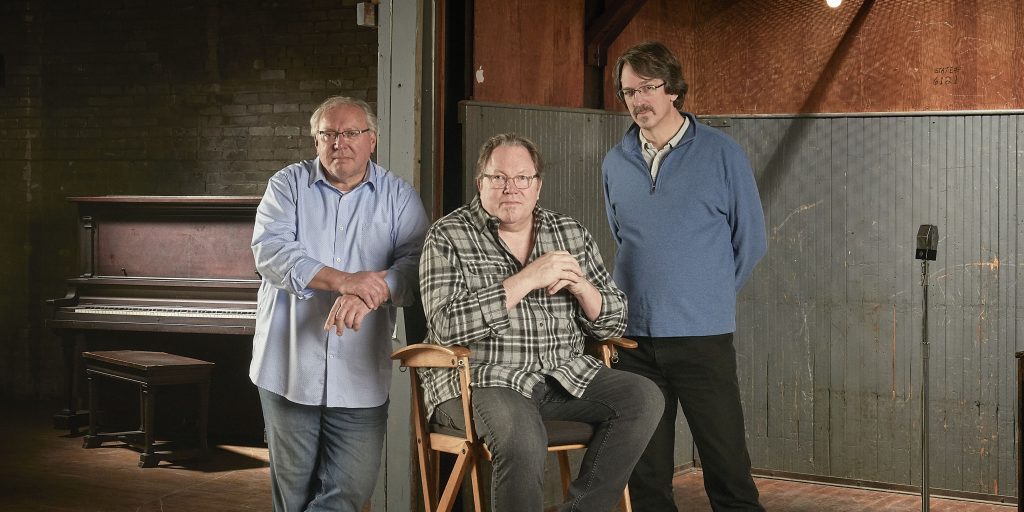