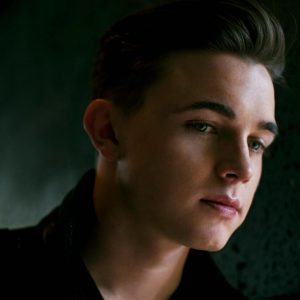 Sure, we all made it past Dec. 21 — and all that Mayan-ocalypse prattle — so, rest assured that Grand Rapids will now be able to celebrate the New Year in style.

Headlined by young pop/R&B singer and actor Jesse McCartney, the Hot New Year’s Eve Party hosted by 105.3 Hot-FM and Cumulus Media once again will take place outdoors in downtown Grand Rapids – on Monroe Avenue south of Pearl Street NW next to Rosa Parks Circle – with a night of free entertainment, hot chocolate and the Consumers Energy Ball drop at midnight.

Originally, California hip-hop act New Boyz was scheduled to perform, but the group has now been replaced by Muskegon-area singer-songwriter and pianist Sylvia Yacoub, a Top 10 finalist on NBC’s “The Voice.” Mexican-American rapper Baby Bash also will perform, with DJs Curtis Avison and Justin Kung spining tunes once again as they did last year. 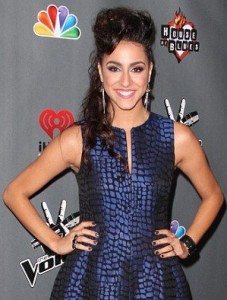 West Michigan’s Sylvia Yacoub, who made a splash on NBC’s “The Voice,” will replace New Boyz on New Year’s Eve.

With an estimated 30,000 people attending 2011’s event, Cumulus Media is sticking with a similar format for this year’s affair.

“The approach is the same from year to year – to provide a fun and exciting evening of music and entertainment that people of all ages will enjoy,” said Marcus Bradman, director of marketing and promotions for Cumulus Media Grand Rapids, adding that Cumulus considers “a lot of different variables” in assessing the musical genres represented at the party and the available budget.

The 25-year-old McCartney, an actor, singer, former soap opera star and ex-member of the boy band Dream Street, has released three solo albums on Hollywood Records and has an upcoming release, “Have It All,” listed on his website as “coming soon.” His highest charting single, “Leavin’, ” topped Billboard’s pop chart in 2008.

Grand Rapids’ ever-popular The Outer Vibe, meanwhile, has boosted its profile in 2012, releasing a new album, “Hoka Hey,” and touring nationally. The band will perform during the “Bud Light Happy Hour” to launch the New Year’s Eve bash. 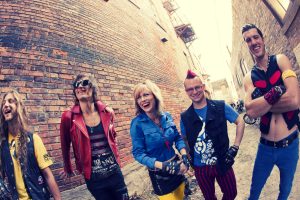 The Outer Vibe will get the New Year’s Eve street party started early.

Band trumpet and keyboard player Lisa Kacos said members of The Outer Vibe consider it an honor to be invited to perform and “can’t wait to be part” of the year-end show. Consequently, the group may have some surprises in store for partygoers. “The Outer Vibe is always up to something,” she said, “and we do love having fun with our shows, so you never know what to expect with us.”

Sylvia Yacoub, a pop/R&B/soul singer, was born in Egypt and raised in Muskegon. You can watch a video of her below, playing the song, “Show the World,” the 2011 Senior Song that she wrote for the senior class of Mona Shores High School. 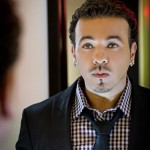 The Houston-based Baby Bash, aka Ronnie Ray Bryant, meanwhile, has seven studio albums under his belt.

The family-oriented New Year’s Eve party will once again feature warming tents where hot chocolate will be available, and fans can take close-up photos of the stars on stage that night by picking up a free wristband at any J&H Family Store.

Also, for the first time, local television station WKTV (Wyoming-Kentwood Community Television) will partner with Cumulus to televise the downtown concert. Viewers with Comcast and AT&T U-Verse television service can view the live concert from 10:30 p.m. until 12:30 a.m. on LiveWire – Channel 24 on Comcast, Channel 99 on U-Verse.

The party wraps up a hectic month of holiday-styled entertainment in West Michigan. For a full list of shows, check out my “December Dozen” list at GRNow.com.