Last week’s “Question of the Week” at Local Spins sparked a record number of responses from readers reminiscing about the first concert they ever attended. Check out some of their memories here. 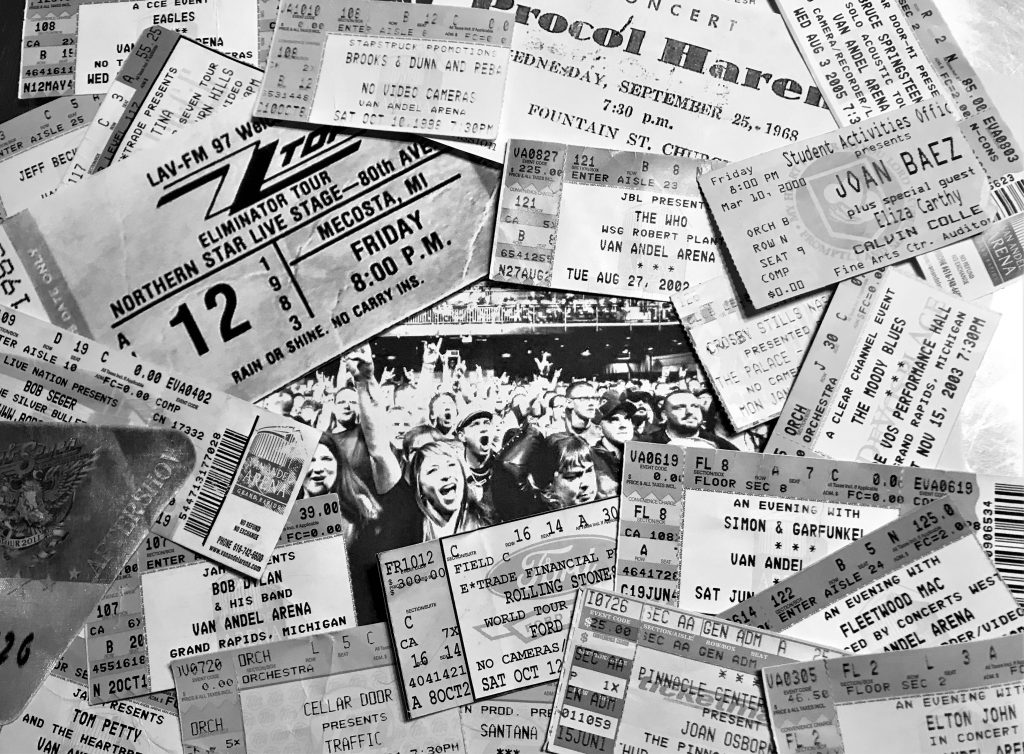 Concert Memories: Hundreds of readers responded to reminisce about their first concerts.

They create memories that last forever and often shape our lifelong love of music.

Much like a first love or a first kiss, a music fan’s first concert experience resonates forever as a treasured milestone and coming-of-age event.

I’ll never forget being overwhelmed as a teenager by the ear-rattling volume of Todd Rundgren and Utopia at Grand Valley State Colleges’ domed fieldhouse in Allendale back in March 1974. It certainly wasn’t what I expected from the guy I knew as singer of the soft pop hit, “Hello It’s Me” — a song he disappointingly didn’t even perform that night. 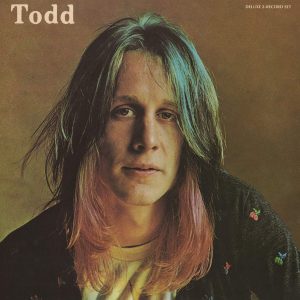 First Show: This Todd Rundgren album was released a month before the author caught him in concert.

Nevertheless, that first concert whet my appetite for the adrenaline rush of a rock ‘n’ roll show surrounded by a multitude of like-minded, exuberant fans. So, a few months later at that very same Dome, I was left awestruck by up-and-coming guitar star Peter Frampton who headlined a brilliant show that also featured Montrose and Spooky Tooth. (I clearly recall Frampton breaking a string in the middle of a guitar solo and never missing a note.)

So, it’s not surprising that Local Spins’ recent “Question of the Week” would spark a record number of responses from hundreds of readers waxing nostalgic about the very first concerts they ever attended.

The shows ranged from retro classics featuring Elvis Presley, Chubby Checker and The Rolling Stones to Michigan legends Bob Seger, Alice Cooper and The Soulbenders to superstars like Elton John, David Bowie and Reba McEntire. And some fans even kept their ticket stubs and posted photos of these special mementos.

Steve Johgart – The first concert I attended was The Who at the little teen nightclub The Fifth Dimension in Ann Arbor in 1967.

Greg Winicki – Peter Frampton; I believe it was 1978 or 1979 Wings Stadium – all seats general admission.

Judy Williby – The first concert I ever attended was Elvis Presley at the Pontiac Silverdome in 1975! I was 17 and mostly into rock, reggae and blues, but also loved Elvis. It was a fantastic show, too.

Deb McGon – Elton John, Indiana University, and I think 1973 or 1974. One of the most memorable concerts.

Parker Johnson – Cage the Elephant, Manchester Orchestra and Silversun Pickups at the Orbit Room in 2009.

Anna Kohls – I attended the symphony from a very young age. My first “concert” was Petra in 1991-ish, Green Bay, Wisconsin. 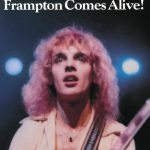 Dave DeHaan – My first concert was Humble Pie and Foghat in 1973 I think. Many years later at a fundraiser for Greg Dolfin I met Charlie Huhn who had just finished playing with Humble Pie and was preparing to play with Foghat! It’s a funny small rock and roll world we live in!

Kevin Murphy – Yes, with opener Donavan at Wings Stadium on my 16th birthday 1977.

James Gerard Collins – Rolling Stones with Outlaws opening in 1976 and I was 12. 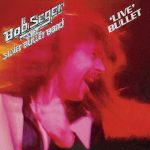 Brian Borbot – My first concert was The Box Tops in ’66 at the Civic Auditorium.

Kim Masters – “Heavy Acid Rock” (so it seemed to me at 15): Unknown band from Ohio REO Speedwagon at Olivet College, maybe ‘69. Must have been in gym because I remember sitting on rolled up wrestling mat.

Jim Wildgen – 1977 Doobie Brothers with Firefall as the opener (before they were big). At Wings stadium in Kzoo. It was a great concert.

Dean Madonia – I played my first concert in 1980 at the Timber Ridge Country and Bluegrass festival. We opened for New Grass revival. So, I watched them from stage. THAT was my first “concert.”

Randall Goble – Bob Seger, 1975 in the St. John’s Middle School Auditorium in Jackson. As the first song started, the power went out. Blew the circuit breakers. All in all, it was terrific.

Joel Schultze – Late 70s: Ambrosia and Little River Band at Welsh Auditorium. I guess technically it was Roy Clark at the 1974 Iowa State Fair but…..

Ross Field – The Guess Who at LC Walker Arena in Muskegon, 1974 +/-. Mike Quatro, Suzy’s older brother, and his jam band opened up. The Guess Who rawwwked. 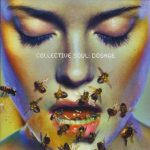 Jack Leaver – I think my first show was at GVSU Fieldhouse in the early spring of 1973 or ‘74. J Geils Band with opening act Tranquility.

Dan Lauterbur – I saw Judy Collins with Livingston Taylor opening at Tanglewood in Massachusetts in 1975. Couple years later, I saw Jackson Brown there on his “Running on Empty” tour, which was great. I generally date my concert career from that show. 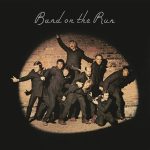 Nicole Danielle – Paul McCartney and Wings, 1976 at the Olympia Stadium in Detroit.

Amy Nickolas – The Beach Boys/Chicago at Castle Farms in ’89!

Mike Dodge – As a little kid I saw Buddy Rich, Stan Kenton, Dave Brubeck and Doc Severinsen, not sure what order. But my first rock concert for sure was
Aerosmith, GVSU 1975. I was in 7th grade.

Lee Chase – Gary “US” Bonds, The Orlons, Chubby Checker and others at the GR Civic Auditorium in ’62 or ’63. My dad took my buddy and I.

Nathan Kettle – I always tell people my first concert was Simple Minds at Civic Auditorium when I was 5, but the truth is I’d seen Air Supply in Battle Creek the year before. 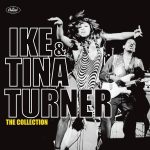 Bette Wickering – 1969 Civic Auditorium: Many bands, including the MC5, which is the only band I remember, except for the headliner, which was the incomparable Sweetwater. I was 12, and in the company of my big sister and our Argentine exchange student. I’ll never forget it.

Lee Chase – That was the “Grand Rapids Pop Festival,” an all-day affair. I was there, too. Google it and you can find the whole lineup.

Thomas Leonard Saxe – Soulbenders at Battle of the Bands at Farrow’s and also at the Civic Auditorium, 1968 or ’69.

Jackie Sirianni – Same. Forgot about that …

Melodee Van Bogelen Horsford – I remember seeing Gordon Lightfoot at GVSC or Ferris State with my step-sister, would have been ’72 or ’73 maybe? Got to tinkle a few notes on that beautiful white grand piano after the show!

Sandi White – Alabama, 1977, at the Florida State Fairgrounds in Tampa. It was AWESOME!

Lynn Shackelford – My first was Todd Rundgren, too – I think it was at the Welsh. I was maybe 10. My dad took me.

Denny Larsen – Soulbenders at the Plantation bowling alley on Plainfield in ’68. They rocked it!

Ned Rouse – It was around 1969 at the Grand Haven musical fountain. It was Bob Seger, on just an acoustic guitar and with no band.

Tom Lockwood – Stan Kenton Orchestra, Ferris State College, 1972 or 1973. I sat in the front row, my ears were ringing for weeks. Peter Erskine on drums, he was 19 and had hair down to his waist.

Meegan Holland – The Modern Jazz Quartet in the Methodist church in Cadillac. How the hell they ended up playing there I have no idea. I was a teen-ager and it was one of my first exposures to jazz. It was mind blowing. It would have been maybe 1970-71? And I may have my churches mixed up.

Shawn Butzin – Violent Femmes at Michigan State Auditorium in 1992. I was 15 years young.

Dave Adams – My first was Def Leppard opening for Ozzy Osbourne at the Welsh in 1981. Rick had two arms and Randy Rhoads was amazing. 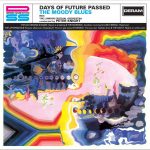 Al Emery – Moody Blues and Humble Pie at Fountain Street Church in 1970. They said they wanted to come back and record there!

Pamela Jansen – Beastie Boys, 1987, Wings Stadium. I was sooooooo excited. Toward the end of the concert, a huge phallus rose out of the stage and showered the crowd with water. It was fabulous.

Steve Damstra – My first real rock concert was James Gang 1970, it was the “James Gang Rides Again” tour. First time I had ever heard an Echo-Plex.

Nancy Gallardo – King Crimson, 1974, Aquinas College Fieldhouse in Grand Rapids. Parking lot socializing before the concert made things a bit dazing. I can’t remember too much. 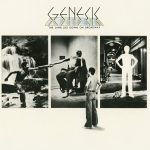 Carl Schumacher – Genesis, “The Lamb Lies Down On Broadway” tour at GVSU in 1972, I think. Needless to say, I was blown away …

Richard B. Kelley – Ritchie Havens at the University of Toledo in 1970. Not terribly auspicious, but he’s played Woodstock.

Michael J Vizard – Dick Clark’s Caravan of Stars, sometime in the early ’60s, Civic Auditorium. I only remember The Swinging Blue Jeans, and either The Amboy Dukes or The Who. Anyone else there?

Stafford Smith – The Ramones opening for Peter Frampton in 1980

Don Small – Eddie Money, Sammy Haggar and Boston at the Silverdome in ’78.

Kristine Carpenter – Frank Zappa at GVSU, 1975 or ’76, I think. I went with Luke LeBaron who worked at the bookstore at Rogers Plaza. I wasn’t a big fan but he had free tickets. I wonder whatever happened to him. (Luke, not Frank)

Elle Lutz – My first concert was in 1981 at the Calvin College Fieldhouse. Amy Grant was opening up for Degarmo and Key, lol. She was very controversial back then, in the “CCM” scene, taking her shoes off on stage, lol. Oh, those holy rollers.

Mary Rademacher Reed – Seals and Croft at Miller Auditorium in 1976? Then Harry Chapin a couple of times at Atlantic Mills, ’78, ’79? Then Earl Klugh and David Sanborn at Welsh, 1979.

Obe VanderTol – I can’t remember that far back. There have been so many.

Greg Poltrock – STYX and Sugarloaf at the Welsh, 1973.

Isaac Powrie – The Verve Pipe with Domestic Problems opening in 2002

John Olszewski – The Association at the Civic Auditorium, mid ’60s.

Max Bloomquist – 1969 or 70: The Doors with opener The Staple Singers. Some huge theater in Chicago. I forget the name of it. 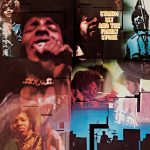 Anna Kohls – I attended the symphony from a very young age. My first “concert” was Petra in 1991-ish, Green Bay, Wisconsin.

Chrissie Reitmeyer – Smashing Pumpkins, in 1996 at the Frank Erwin Center in Austin, Texas

Mehgan Bechtel – Lollapalooza 1994; there for the Beastie Boys, but there was so much great music to see. 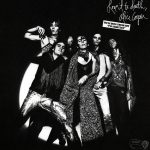 Mike Metchikoff – Eagles, Linda Ronstadt and Jackson Browne at Anaheim Stadium in Orange County, Calif., in September 1975. Still passionate about all three artists to this day. Opening act was Toots and the Maytals!

Michael Packer – How about this for ya: Frankie Lymon.(Ya’all probably don’t even remember him!)

Barry Bazza Crawford – Jerry Lee Lewis 1958 Welsh Auditorium – I was at the 1974 Montrose show, too.

Brian J. Bowe – Uriah Heep at the Star Theater in Youngstown, Ohio in 1985. The opener was Grim Reaper.

Steve Grinczel – Chicago with the Pointer Sisters as their warmup, 8/18/73, in old Chicago Stadium. Terry Kath was … energetic.

Thomas Fouts – Saw Bob Seger at the Holland High School homecoming dance. He played in a band called Julia. Could have been ’68 or ’69.