AOK’s signing with Hot Capicola Records opens door to a slew of projects, including music video debut for “The Life,” with vinyl EP to be released and new album in the works. (Story, video) 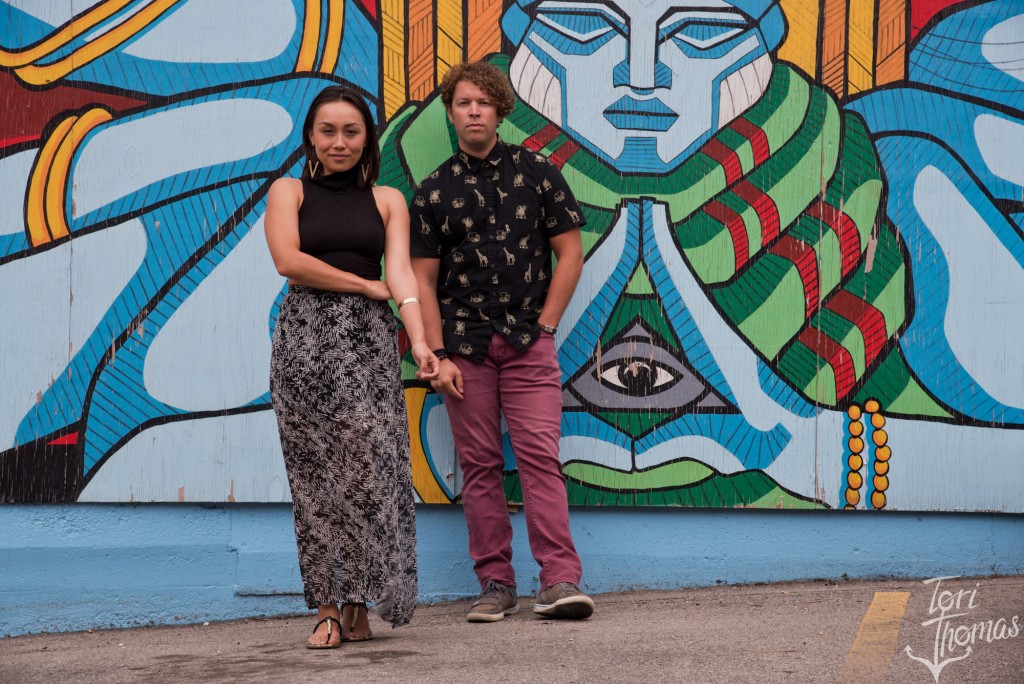 SCROLL DOWN FOR AOK VIDEO

Known for displaying fiery and oh-so-contagious dance moves on stage, Grand Rapids’ electronic rock duo AOK embodies the mantra, “Dance like nobody is watching” – something that recently caught the attention of the Hot Capicola Records label, which hopes to bottle that energy. 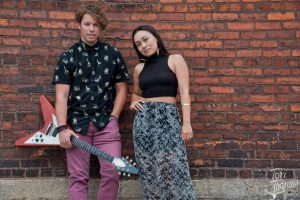 AOK recently signed with the Grand Rapids label and last week released its first video for the song, “The Life” – an impressive, riveting production directed by Mike Cook and Lydia VanHoven, shot in part at Wealthy Theatre with dancers from Dance in the Annex and choreography by Amy Wilson (and starring Amy and Erin Wilson’s daughter, Siona).

The duo plans to release a 7-inch vinyl EP containing the tracks, “Sinking Faster” and “The Life,” followed by a new album this fall.

Before that, the arena-styled act has some high-profile performances on tap, playing northern Michigan’s Broomhead Art & Music Festival this weekend, followed next week by the opening-night party for the Traverse City Film Festival. 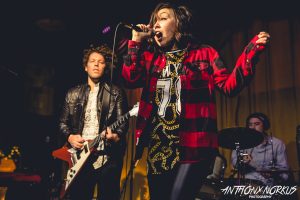 Despite the separation, they formed a cover band, Egon, and played shows together at college parties. AOK followed, and the duo recently added drummer Johnny Tornga to play at their live shows, a step up from their previous use of a drum machine. The addition of a drummer has had a huge impact on AOK’s stage presence, expanding its improvisational vibe and enhancing its uniquely vibrant live atmosphere.

“Experimental is the direction we’re headed,” said Teeple. “We want to include it into the official music we make, instead of keeping it separate. … We aren’t sure about the whole situation yet, but we’re trying to figure that out.”

With instruments in hand and the company of a crowd full of eager faces, the duo teems with a provocative amalgamation of energy and passion. Teeple and Sullivan are masterful in creating a vibe to share with a crowd, always creating a palpable connection between the musicians and their audience, especially with a drummer in the mix. “Kyle and Johnny are able to play off of each other, which allows us to do more jam stuff,” Teeple said. 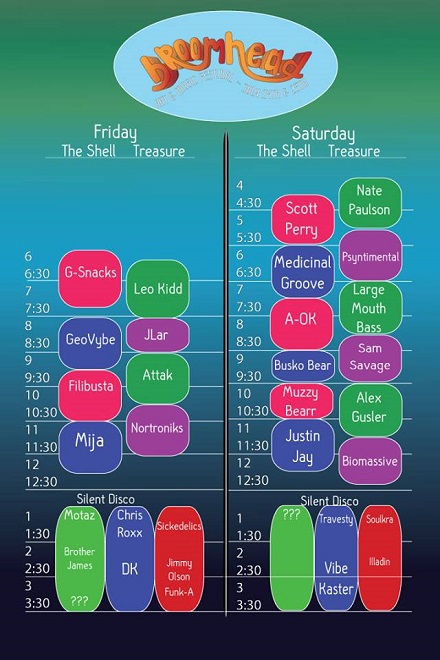 They plan to display that on Saturday at the expanded, electronic-driven Broomhead Art & Music Festival on a 53-acre site on the banks of the Betsie River in Thompsonville, along with an impressive lineup of acts from across the state and country.

“It started as a campout for about 40 of our friends and has grown organically over the last five years,” said festival director Scott Perry, who said his group has been gathering at Broomhead since 2010 – a party spot of sorts on Broomhead Road in Traverse City.

“In the last couple years, we’ve experienced some growing pains with our past location. It just wasn’t built to hold over 500 people.”

The primary focus, of course, is music.

“Whether you’re a funk fan, love techno or call yourself a basshead, we want all guest to be pleased with the lineup,” said Perry, who also performs at the festival. 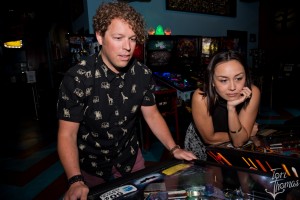 “Our goal was to showcase up-and-coming artists who may not be on the radar of every music fan, but put on a show not to be forgotten. Most of our musicians are from Michigan, but for the first time, we’re bringing in nationally touring acts like Mija, Justin Jay and Filibusta.”

AOK is thrilled to get a chance to perform in front of a “hometown” crowd.

“It’s always fun to come back home and play a show,” Teeple said. “Friends and family can see us that otherwise might not. To be playing a festival that your friends and people you grew up with are organizing is so cool, and it’s inspiring.”

The band also plays the Traverse City Film Festival’s opening night party at 8:30 p.m. July 28. The party will be held in the 200-block of Front Street between Park and Cass streets in Traverse City. Admission is $50. Get more details at the event website at traversecityfilmfest.org.

“To be part of the Traverse City Film Festival, which has been such a great addition to the arts in the community,” added Teeples, “is really exciting.”