With a life that ‘revolves completely around poetry,’ Marcel ‘Fable’ Price has earned widespread praise for brutally honest social commentaries and his mentoring of young wordsmiths. 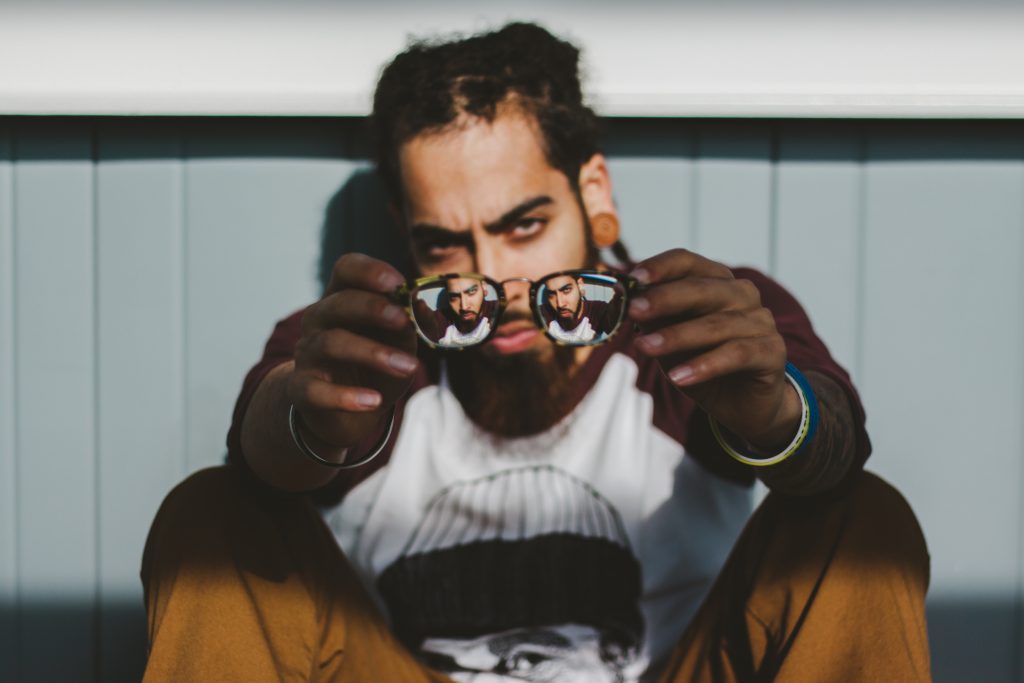 ‘Poetry as a Catalyst’: Grand Rapids’ Fable the Poet, aka Marcel Price, is helping cultivate the next generation of poets.

Combining poetry and music in a disruptive new video, Marcel “Fable” Price seems to have found his “perfect cocktail.” 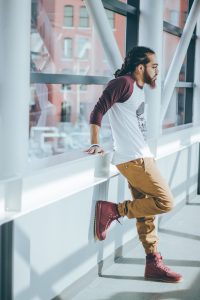 The newly dubbed poet laureate of Grand Rapids, who performs as “Fable the Poet,” has made a career out of being brutally honest with himself and his audience. Price’s life experience and critique of the pharmaceutical industry take shape in a video for his poem, “God Bless America.” (Watch the video below.)

The poem first appeared in Price’s first published book of poetry, “Adrift in a Sea of M&Ms” in 2015.

Instead of recording a traditional audiobook, Price collaborated with musicians from across Michigan on “#ProjectCastAway,” a full-length album of poetry backed by jazz, soul, R&B and hip hop instrumentation.

The video for “God Bless America” is an imaginative social commentary in which Price doesn’t shy away from discussing mental illness, which he’s dealt with all his life.

“When you’re diagnosed with mental illness, they try to put you on the ‘perfect cocktail’ of drugs. All my life, I was put on different mixtures of drugs. With every one, my mood would spiral and be all over the place. Some people genuinely need these drugs to level out, but some people don’t. That’s really where ‘God Bless America’ came from,” Price said.

With his lyrical self-expression – combined with powerful imagery and music – Price hopes to “bring poetry to the masses” in Grand Rapids and beyond.

Price’s performances in West Michigan and beyond – including his appearances as co-host of The Drunken Retort at Stella’s Lounge each Monday at 8 p.m. – have earned him critical praise and a large regional following. 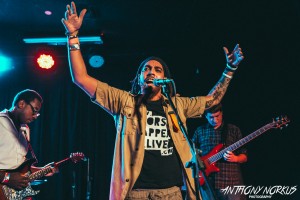 On Tour Later This Summer: Fable the Poet (Photo/Anthony Norkus)

In April, Price was selected by the Grand Rapids Public Library to serve a three-year team as poet laureate of Grand Rapids — “a celebrant and ambassador of poetry for the city … creating programs and projects to foster the writing and reading of poetry by the public.”

At 28, Price is the youngest person and first person of color to have held the title. Price says he’s “excited” to be able to work full-time as an artist and act as an ambassador of poetry to the Grand Rapids community.

“There’s a lot of pressure. My life revolves completely around poetry,” he said. “I was raised to never feel like anything, so now I’m showing myself that I’m worth something.”

Price says he gets the most personal fulfillment from teaching with The Diatribe, a collective of artists headed by he and his Drunken Retort co-hosts, Rachel Gleason and G. Foster. The Diatribe hosted poetry workshops at more than 20 middle schools and high schools in 2016, with plans to host after-school programs and assemblies at as many as 50 schools in the next two years.

“We use poetry as a catalyst for young people to talk about what they’re going through,” Price said. “It’s probably my favorite thing to do. These students continue to make me a better me.”

MENTORING YOUNG POETS WHO ARE ‘SHARPENING THEIR SWORDS’

Price compared his approach of “starting them young” in poetry to several music programs in the area, which he argues can bridge the gap between amateurs and performers.

“This next generation of poets is going to be incredible because they’ve been sharpening their swords.” 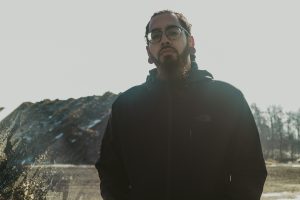 “It’s all part of this machine we’re building,” he said of the local poetry scene, which he hopes will someday include a community center in downtown Grand Rapids for young poets and artists.

Price is currently working on three more visual projects to accompany poetry from #ProjectCastAway, as well as some “big” programming as a part of ArtPrize this September.

In his “God Bless America” video, Price plays different characters reciting pieces of the poem, including a newscaster, doctor and handcuffed criminal. He describes these vignettes as “splashes” of inspiration thought up in collaboration with a production team headed by director Jason Edgecomb. The poem’s accompanying instrumentation – a tormented march using musical phrases from “The Star-Spangled Banner” – is written and performed by Nicholas Baxter, Keith Kelsey and Collin Pompey.

Within this collaboration, it seems Price has discovered his own perfect cocktail, but not one prescribed by a doctor. His new cocktail is a unique form of art.

In August, Price and fellow West Michigan poet Kelsey Foster-Goodrich, aka KFG, will take that unique form of art on the road, embarking on a national “Unpacking Tour” in more than 25 cities. More information is available at mindoffable.com.

Fans can also catch Fable the Poet live on June 22 as part of the Unite! CD Release and Fundraiser for The Retort United at The Fuse Box, 120 S. Division Ave., No. 227 in Grand Rapids. 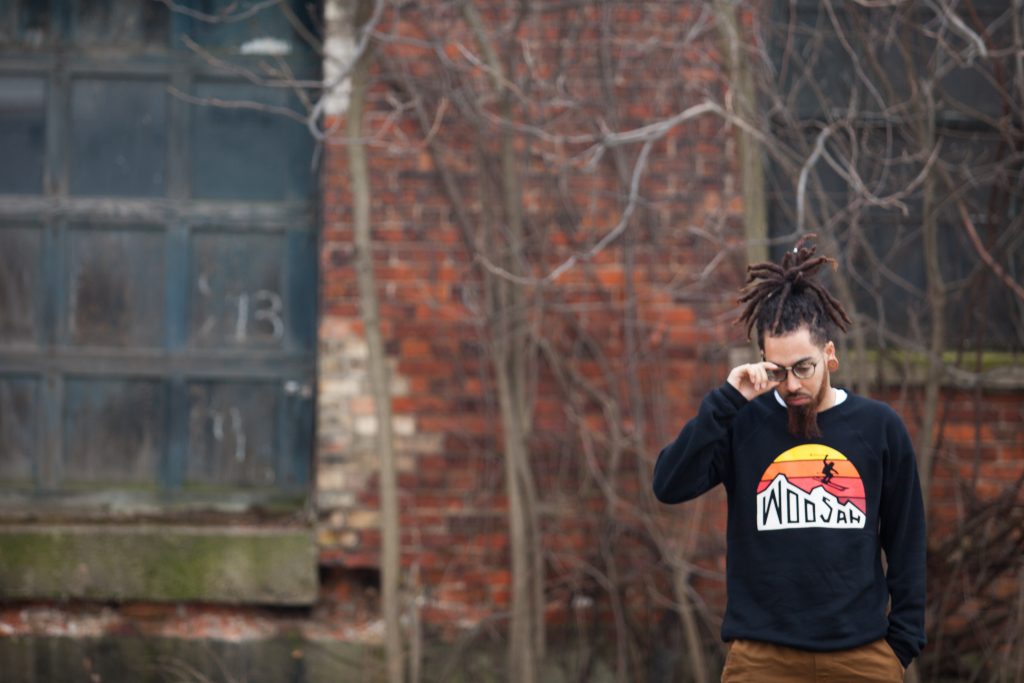