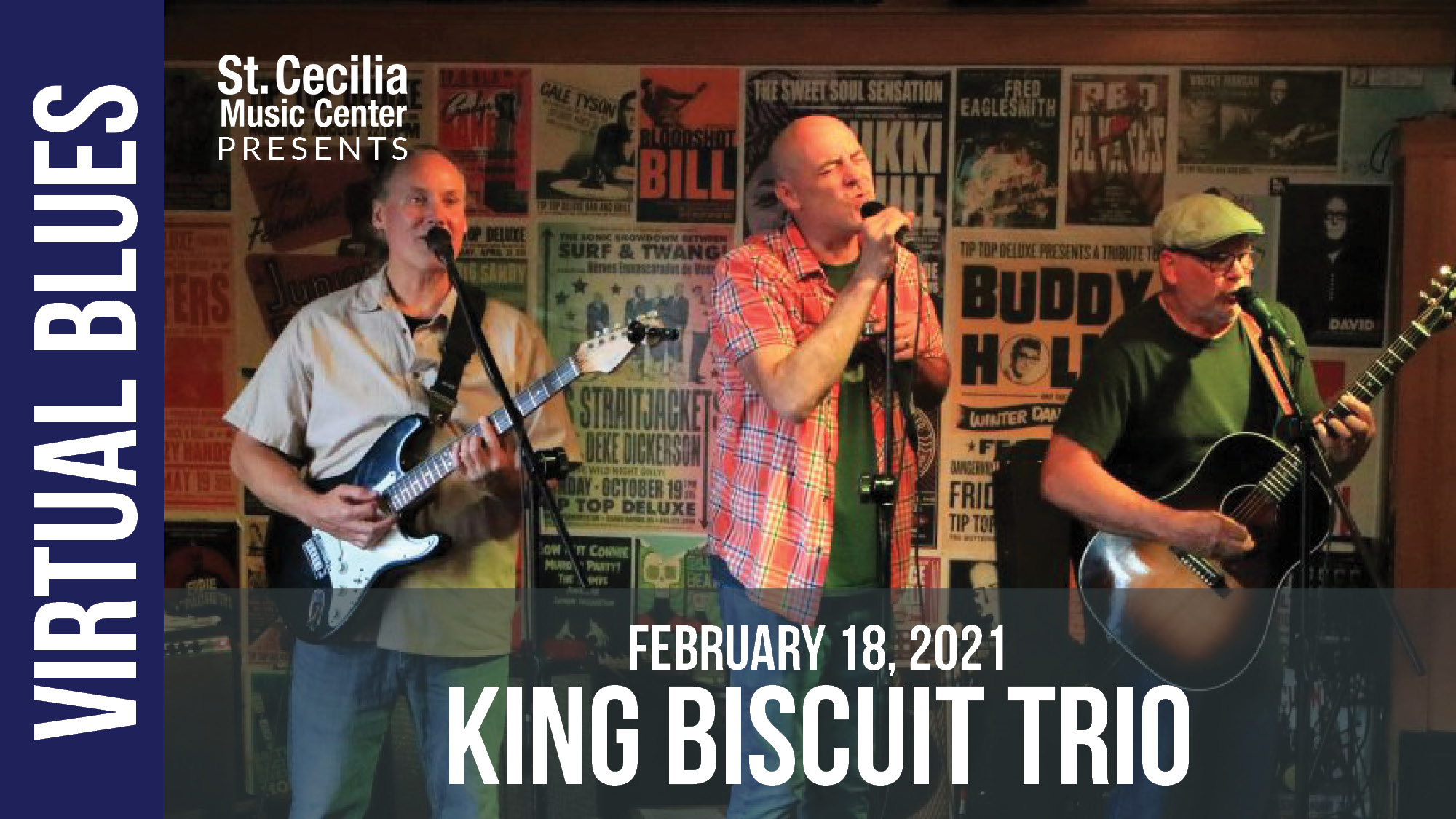 King Biscuit Trio is a blues-based three-piece band rooted in classic soul and great old rock n’ roll. The two guitar, one harmonica, and tri-vocal approach lends itself well to venues of all sizes. As a newly formed group, King Biscuit Trio is excited to take our mixed bag of covers and original material to the masses.

…Chris Collins on lead vocals and guitar. Chris is the lead singer and guitarist of the Thirsty Perch Blues Band. The Perch has been a West Michigan blues/rock staple for over 10 years. For the past 3 years Chris has been writing, recording, and performing with the Dr. Wu band of Fort Worth, Texas. Dr. Wu features Buddy Washington who spent 15 years with the great ‘John Mayhall and the Blues Breakers.’

…Andy Ogrodzinski on lead guitar and backing vocals. Andy also plays guitar in the Thirsty Perch Blues Band with Chris. Andy’s skills are showcased when he plays gigs as a current member of the legendary blues/rock/funk/reggae band The Kinsey Report, led by Donald Kinsey. Donald is well known for his years spent playing with Albert King, Peter Tosh, and the one and only Bob Marley.

Craig “Griff” Griffith on harmonica and vocals. Griff plays harmonica with The Verve Pipe, and has been performing with the group for the better part of 20 years. Griff was also the lead singer and harmonica player for the band Botfly, a Michigan favorite throughout the 1990’s and early 2000’s.